Win Level Up on Blu-ray

To celebrate the release of Level Up on DVD and Blu-ray, we’re giving away three copies on Blu-ray. 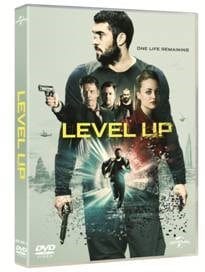 Matt (Josh Bowman – Revenge), a directionless 20 something and one half of a young couple living in London has an unsuccessful date night with his girlfriend, Anna (Leila Mimmack – TV’s Home Fires), and they go to bed on an argument. The next morning, masked thugs kidnap Anna as she leaves for work before assaulting Matt, locking him into a body vest containing a package and giving him a mobile phone. If Matt wants to see his girlfriend alive again he must follow the instructions being delivered by text message and deliver the package. Over the course of one, high-octane day Matt must make his way across an increasingly strange and sinister London as a host of characters and situations attempt to prevent him from succeeding in his mission to save Anna.  All the while, Matt can’t shake the feeling he is being watched, or worse yet, played…

Switch on for this year’s most electrifying, home-grown thriller as Level Up bursts onto Home Entertainment platforms this September.

We have three copies of Level Up on Blu-ray to giveaway.

Andrew Edneyhttps://moviesgamesandtech.com
I am the owner and editor of this site. I have been interested in gadgets and tech since I was a little kid. I have also written a number of books on various tech subjects. I also blog for The Huffington Post and for FHM. And I am honoured to be a Microsoft MVP since January 2008 - again this year as an Xbox MVP.
Previous articleSuper Dungeon Bros & We Sing to rock EGX this week
Next articleThe Nice Guys School of Parenting