Win The Colony on Blu-ray

To celebrate the release of The Colony on DVD and Blu-ray, we’re giving away three copies on Blu-ray. 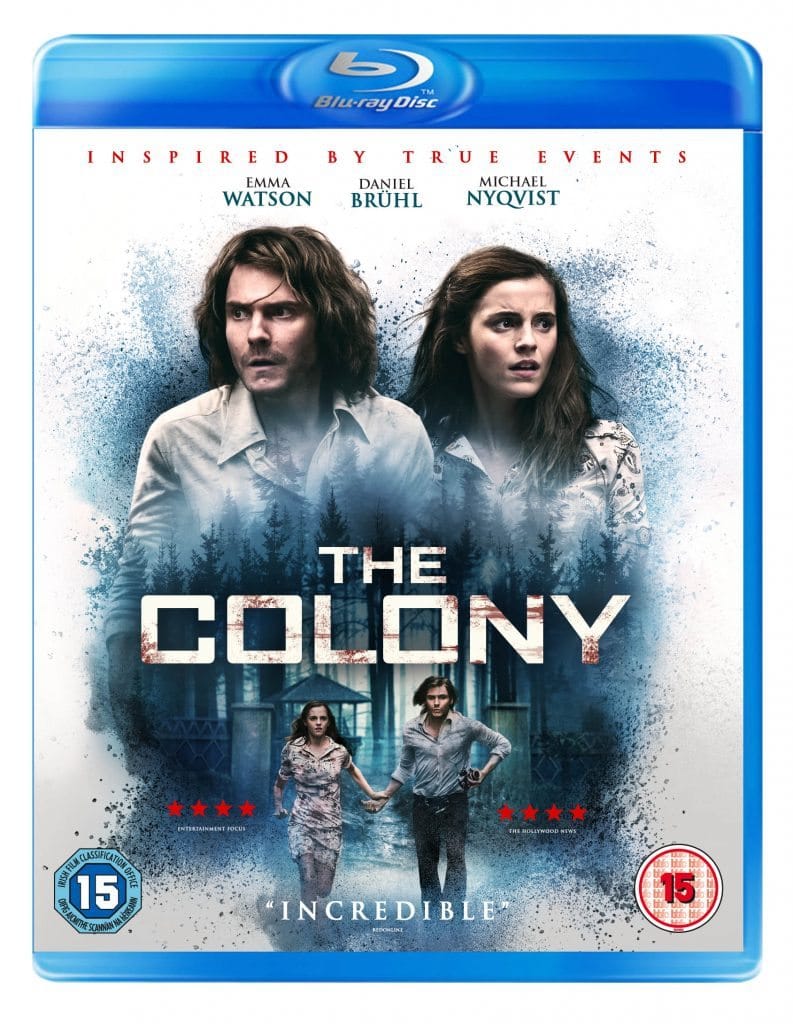 One woman’s efforts to rescue her lover from a brutal cult, set to take her on a journey into the heart of darkness in Florian Gallenberger’s nerve-jangling thriller, The Colony.

Set amidst the Chilean coup of 1973, The Colony begins by depicting the masses who are out on the street, protesting against General Pinochet. Amongst them are Daniel (Daniel Brühl – Rush, Captain America: Civil War) and Lena (Emma Watson – Harry Potter, The Bling Ring), a young couple who, like many others, get arrested by Pinochet’s secret police for producing propaganda against the regime. Following his arrest, Daniel finds himself trapped in a secret interrogation camp located beneath the infamous Colonia Dignidad; a German sect under the leadership of the notorious, charismatic and unflinching Paul Schäfer (Michael Nyqvist – The Girl With The Dragon Tattoo, John Wick). Presenting itself as a charitable mission, the Colonia is in fact a place of brutality and terror that nobody has ever escaped from. Desperate to rescue her boyfriend, Lena infiltrates the cult and witnesses the true darkness of Schäfer’s regime before she attempts a dramatic escape that puts both their lives on the line.

Also starring Julian Ovenden (Downton Abbey, Person Of interest), The Colony places a microscope over one of history’s lesser known atrocities and also gives fans the chance to see an incendiary Watson as she’s never been seen before. Filmed with input from real-life survivors of the Colonia Dignidad, Florian Gallenberger’s thriller is a sobering, taut must-own this summer.

We have three copies of The Colony to give away on Blu-ray.

Based on harrowing true events, The Colony is available to own on Digital HD from 19th August on Blu-ray & DVD from August 22nd, 2016 courtesy of Signature Entertainment.

Andrew Edneyhttps://moviesgamesandtech.com
I am the owner and editor of this site. I have been interested in gadgets and tech since I was a little kid. I have also written a number of books on various tech subjects. I also blog for The Huffington Post and for FHM. And I am honoured to be a Microsoft MVP since January 2008 - again this year as an Xbox MVP.
Previous articleReview: Call of Duty Black Ops III: Descent DLC
Next articleWin Eye in the Sky on Blu-ray

Your Honor Coming to DVD Monday

We have a WD_BLACK™ Call of Duty®: Black Ops Cold War Special Edition P10 Game Drive to give away.