Platinum Games’ Scalebound was originally announced at E3 2014, and while it was missing at E3 2015, the title was presented a few months later at Gamescom 2015. While we know Scalebound won’t release until 2017, Microsoft has decided to once again highlight one of its highly-anticipated Xbox One games during today’s showcase. 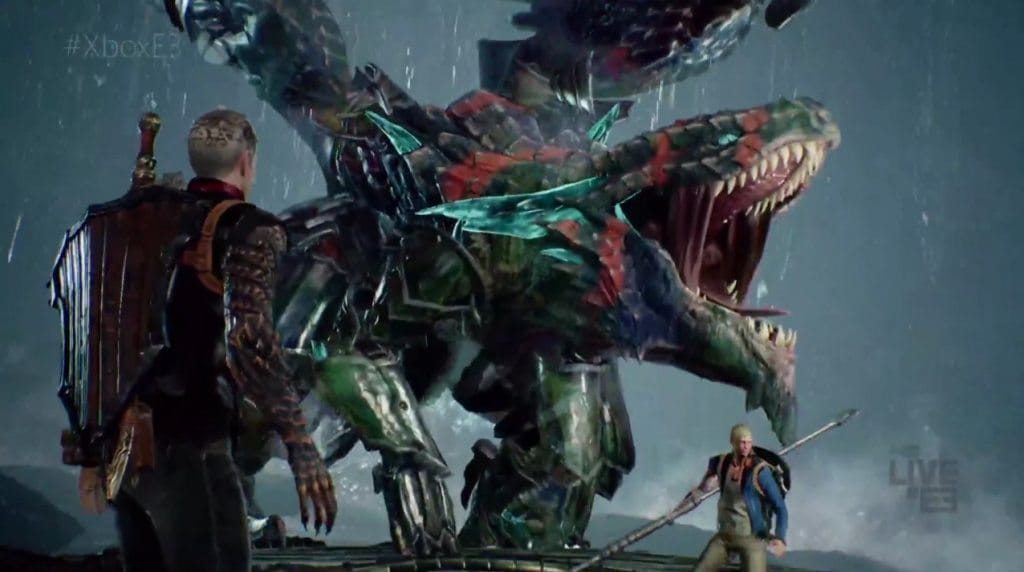 During the showcase, Platinum Games showcased the biggest fight we’ve seen out of Scalebound so far as several players faced off against a massive leviathan-crab-like monster. The characters were diverse, using weapons like swords, bows, spells, and more to take down the massive creature throughout the several minutes long clip.

It’s a really interesting thing to see in action, and with the addition of launching on Windows 10 PCs at the same time, Scalebound could turn out to be a huge hit for Microsoft. The game is slated for a 2017 release date, but sadly we’ll have to wait to learn more about the game’s characters, world, and more.

Chris Hare
A True Tech Geek at Heart, I Started my life of being a Tech Geek at the age of 5 with the BBC Micro. Went on through most of Nintendo stuff and now a Xbox and PlayStation fan. I also leaked the information about the leaked Hotmail passwords story from October 2009 that went World Wide. I Started writing tech articles at the beginning of 2011, most of my articles are about Android phones and Xbox One and PlayStation 4 and other gaming news. When Chris has free time its with the family.
Previous articleE3 2016: Fallout 4 comes to the HTC Vive in 2017
Next articleE3 2016: Dead Rising 4 coming to Xbox One/Windows 10 this Christmas