Publisher astragon and the stillalive studios developer team have announced the release of the MAN Lion’s City A 47 M DLC for Bus Simulator 16 on Steam. In addition to the officially licensed MAN bus the first official extension will also offer three new decals, three ads as well as three brand new songs for the bus radio. 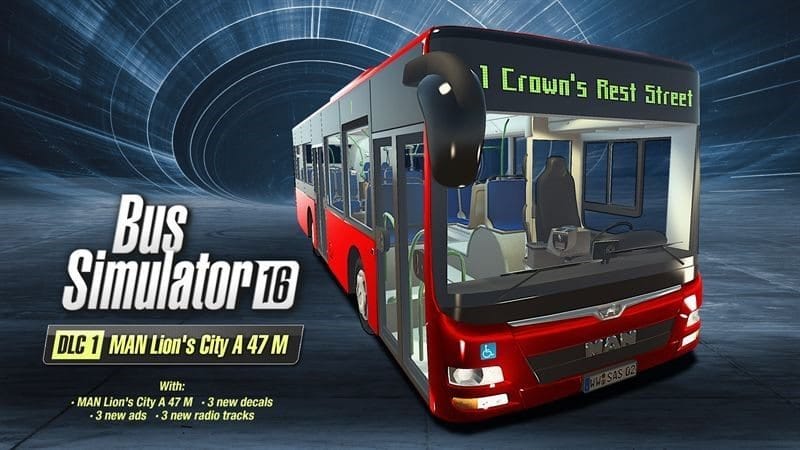 In Bus Simulator 16 the player slips into the role of a bus company owner in the city of Sunny Springs. Thanks to the new DLC he will not only have access to the 6 originally modeled city buses of the main game, but will also have the opportunity to sit behind the steering wheel of an officially licensed MAN Lion’s City A 47 M. This bus by the German bus and truck manufacturer MAN is a small and extremely maneuverable vehicle that every fan of the genre will be happy to add to their fleet.
In addition to the new bus, the DLC will also offer access to three new decals for the decoration of the player’s buses as well as three new ad banners. The ads will not only serve as a visual enhancement of the buses but also as an additional source of income for the bus company.

Chris Hare
A True Tech Geek at Heart, I Started my life of being a Tech Geek at the age of 5 with the BBC Micro. Went on through most of Nintendo stuff and now a Xbox and PlayStation fan. I also leaked the information about the leaked Hotmail passwords story from October 2009 that went World Wide. I Started writing tech articles at the beginning of 2011, most of my articles are about Android phones and Xbox One and PlayStation 4 and other gaming news. When Chris has free time its with the family.
Previous articleSevered coming exclusively on PlayStation Vita this month
Next articleSociable Soccer to get first showing at PLAY Blackpool