Today saw the release of the first Season Pass content for Fallout 4, Automatron. This DLC features the mysterious Mechanist who has unleashed a horde of evil robots into the Commonwealth, including the devious Robobrain. You are tasked with investigating and stopping this new threat. For the first DLC content I was intrigued to see how it would bring to the game for players.

When the release date for Automatron was announced, it actually pushed me to complete the main campaign on my play through as I had really just been dilly dallying around finishing it. So going in to the game today I pretty much had nothing else to do story wise. Luckily as soon as my save game was loaded and I found my character in his Sanctuary Hills home where I had left him, I was prompted to use my Pipboy radio to scan for a distress signal. It lead me to discover a caravan of commonwealth dwellers and robots was under attack and needing help. I fast travelled in to find new types of robots battling it out. Having saved the day I was left talking to the only surviving member of th caravan, a robot called ADA, and in true Fallout 4 fashion, soon asked me to help it tackle the threat of The Mechanist and became my new companion.

Essentially Automatron is a five-hour story quest line in which you help ADA track down and defeat The Mechanist. You will encounter all manner of new robot types and will fight your way through them all on the path to ending the evil plan of the Mechanist. It felt as nothing more than going from A to B and was simply a matter of progressing through each mission before you reach the ultimate battle at the end. If like me you have already completed the game and have a high level character, Level 54 in my case, the battles will offer little challenge in the fighting but I did find the battles fun toward the end mission in the content. 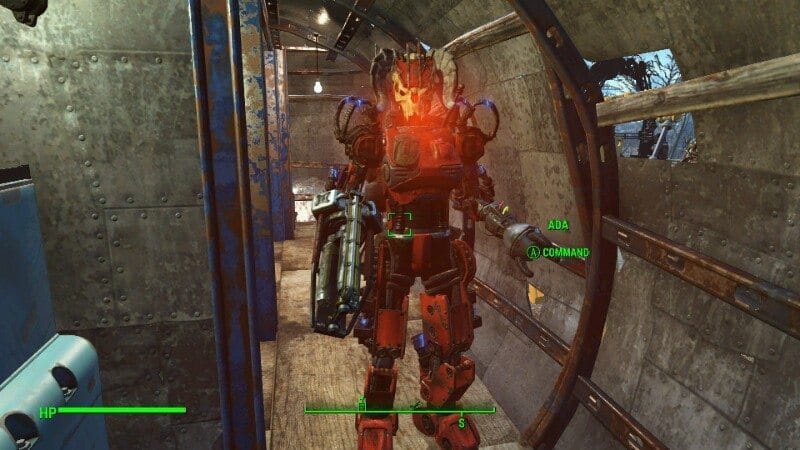 For me what Automatron really brings to Fallout 4 is the new robot building and modifying feature. This not only allows you to build whole new robots but allows the player to modify and upgrade any robot companion you have. The story will guide you to building the robot work station you use with ADA becoming your first subject to modify. The station itself is much larger than the power armour station so choose where you build it carefully. I was fortunate enough to have already collected enough materials to build it but you may have to track down shops and vendors to collect what is required.
By killing enemy robots and looting their bodies you can pick up new modifications to use to create new robot builds. It also adds a new Robotics skill perk in the S.P.E.C.I.A.L. chart that will be required to craft the more advanced options. It will also give you te ability to hack robots as you increase your stars in the perk with growing effect. You can change all aspects of a robots build from the head, torso, arms and legs. Each of them can then be modified with new armour and as with crafting your own armour, you can put together builds to boost attributes and abilities that can help that companion or yourself such as extra storage capacity or extra damage or even to highlight targets or materials to scavenge.

The combinations are huge when you start changing and upgrading parts. From my picture above, my own ADA ending up with a real Tenacious D feel to it, armed with a Mini-Gun and Laser Gatling Gun, which was a huge help in the late fights in the story. Should your robot fall in battle they can be revived using a robot repair pack which works much like a stimpack does. With so many options it is easy to get carried away and go as big as you can, but as I soon discovered, having a companion the size of a small car is not always ideal.

I soon collected enough parts to upgrade ADA to have the build of the large sentry bots. Though they look great and can be hugely beneficial in battle, being that size can make the companion rather cumbersome when you are exploring buildings or having to navigate walkways. This is then not helped by ADA perhaps being the dumbest of all the AI companions in the game, which is really saying something. I found ADA would often fail to follow me correctly and at one stage which required us both to stand on a platform that had to traverse across a room on cables, kept falling off which lead to a ten minute trial and error marathon of attempting to get ADA to stay on the platform. So when building your companion always be mindful that in this instance, size does matter. 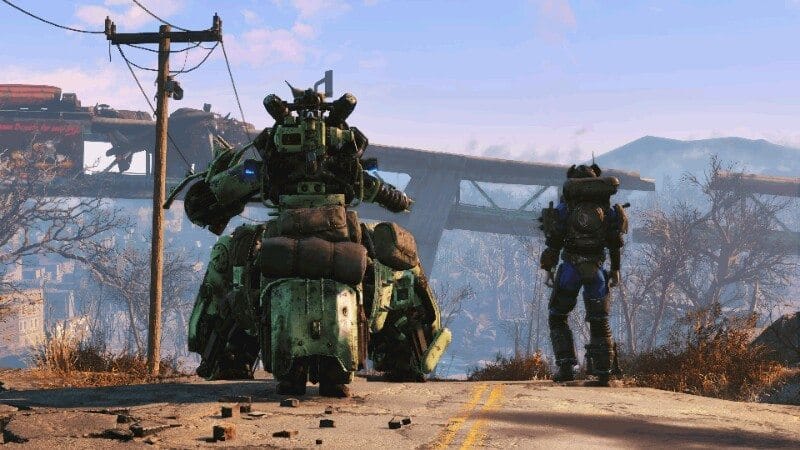 Overall I found Automatron to be a fun extra after completing the game but at just five hours there really isn’t much to do with it once completed other than experimenting with the robot building station though I never really felt the need to turn Mr Codsworth into Johnny 5. For the first drop from the season pass it does add something new, which depending on where you are in the game will either be a nice challenge or for me, something else to do. I hope that the next DLC will feature a much longer story to enjoy but what it does deliver was satisfying enough to be enjoyable and fun.

*Tip – For a special twist and if you have it, wear the Silver Shroud outfit for the full length of the DLC, it will be worth it.