To celebrate the release of Brooklyn on DVD and Blu-ray, we’re giving away a signed poster and copies of the book. 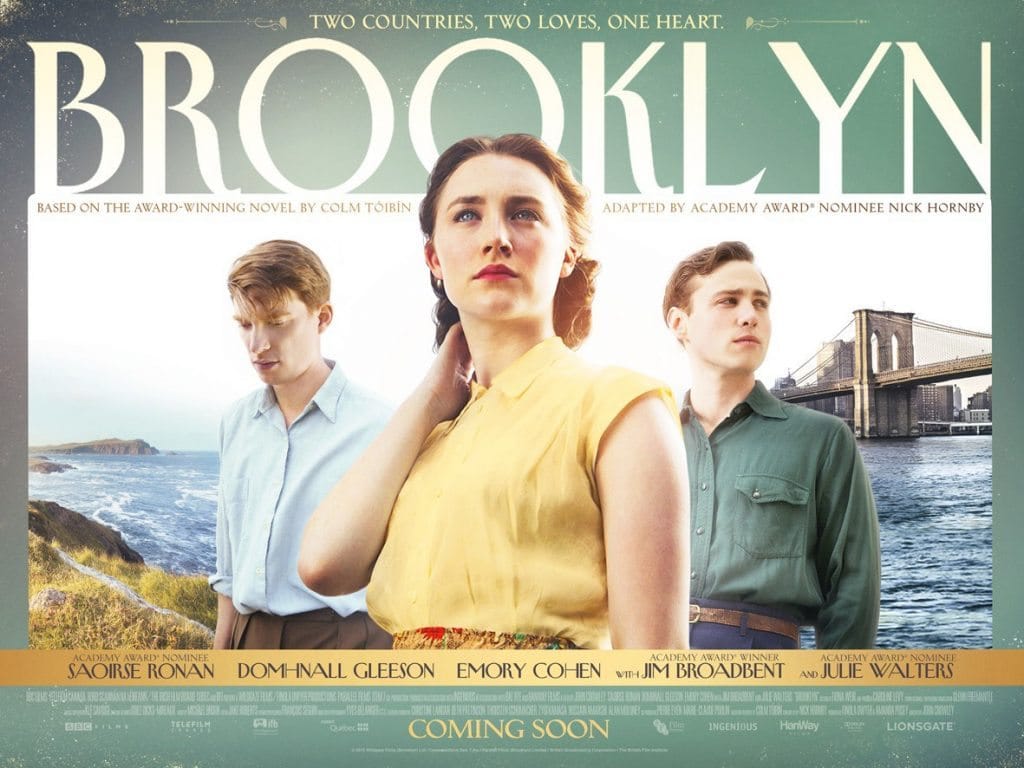 Based on the award-winning novel by Colm Tôibín and transformed into a BAFTA and Academy Award® nominated screenplay by Nick Hornby, BROOKLYN stars 2016 BAFTA and Academy Award® nominee Saoirse Ronan (Hanna, Atonement) as Eilis, a young woman who moves from small town Ireland to Brooklyn, where she has the opportunity for work, for a future – and love, in the form of Italian-American, Tony (Emory Cohen; The Gambler, The Place Beyond The Pines). When a family tragedy forces her to return to Ireland, she finds herself drawn back into the life she left behind. As a secret threatens to reveal itself, Eilis has to confront a terrible dilemma – a heart-breaking choice between two men and two countries.

As noted, the film is now also fresh from receiving three Academy Award® nominations for Best Film, Best Actress and Best Adapted Screenplay. Add to that those BAFTA nods for Best Actress, Best Supporting Actress, Outstanding British Film, Adapted Screenplay along with nominations for Make-up & Hair and Costume Design and BROOKLYN is firmly cemented as the year’s first essential home entertainment title as awards season gets into full swing.

We have a poster signed by Saoirse Ronan and Domhnall Gleeson with three Brooklyn novels by Colm Toibin as runner up prizes.

Brooklyn is available now on DVD and Blu-ray courtesy of Lionsgate Home Entertainment.

Andrew Edneyhttps://moviesgamesandtech.com
I am the owner and editor of this site. I have been interested in gadgets and tech since I was a little kid. I have also written a number of books on various tech subjects. I also blog for The Huffington Post and for FHM. And I am honoured to be a Microsoft MVP since January 2008 - again this year as an Xbox MVP.
Previous articleReview : WD Red 6 TB NAS Hard Drive
Next articleFrom Zelda to Super Mario Advance 2 out this week for Nintendo

With Fathers Day just around the corner, we take a look at the iconic 1966 Batmobile in Scalextric form.
Movies & TV

Here is our spoiler free (I know, but some people may not have seen them) review of the new 4K Ultra HD 4 Movie Collection of Indiana Jones.
Movies & TV

Your Honor Coming to DVD Monday