Here is an extended preview of the first six minutes of The Walking Dead: Michonne – A Telltale Miniseries. 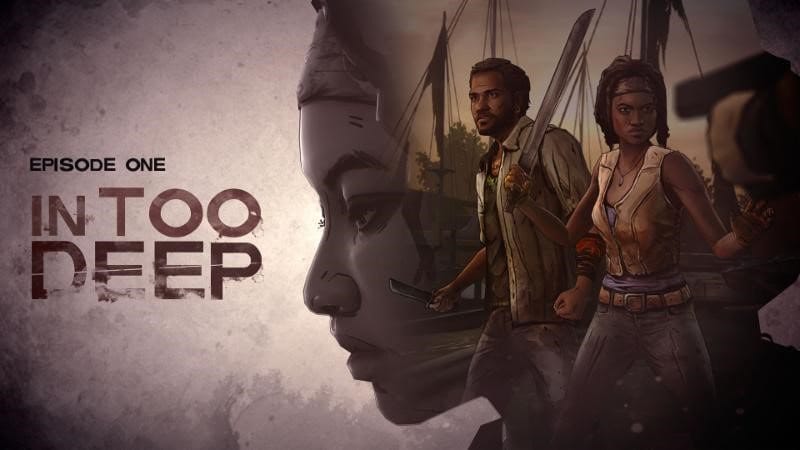 Haunted by her past and coping with unimaginable loss and regret, the story explores Michonne across a three episode miniseries event. Players will dive into the mind of Michonne to discover what took her away from Rick, Carl, and the rest of her trusted group… and what brought her back.

In this premiere episode, ‘In Too Deep,’ Michonne joins Pete and his crew on the sailing ship The Companion as they cruise the coast for survivors and supplies. When a desperate signal for help draws them to a scene of horrific massacre, Michonne and the crew are lead further to the floating survivors’ colony of Monroe, which may just be harboring the person responsible for the carnage.

The Walking Dead: Michonne – A Telltale Miniseries will premiere its first of three episodes, ‘In Too Deep,’ this 23rd February on PC/Mac from the Telltale Online Store, Steam, and other digital distribution services, the PlayStation Network for PlayStation 4 and PlayStation 3, the Xbox Games Store for Xbox One and Xbox 360, followed by a release on compatible iOS devices via the App Store, and Android-based devices via Google Play and the Amazon App Store starting 25th February.

Chris Hare
A True Tech Geek at Heart, I Started my life of being a Tech Geek at the age of 5 with the BBC Micro. Went on through most of Nintendo stuff and now a Xbox and PlayStation fan. I also leaked the information about the leaked Hotmail passwords story from October 2009 that went World Wide. I Started writing tech articles at the beginning of 2011, most of my articles are about Android phones and Xbox One and PlayStation 4 and other gaming news. When Chris has free time its with the family.
Previous articleReview – NCIS: New Orleans The First Season DVD
Next articleHere is the new trailer for Batman V Superman: Dawn of Justice