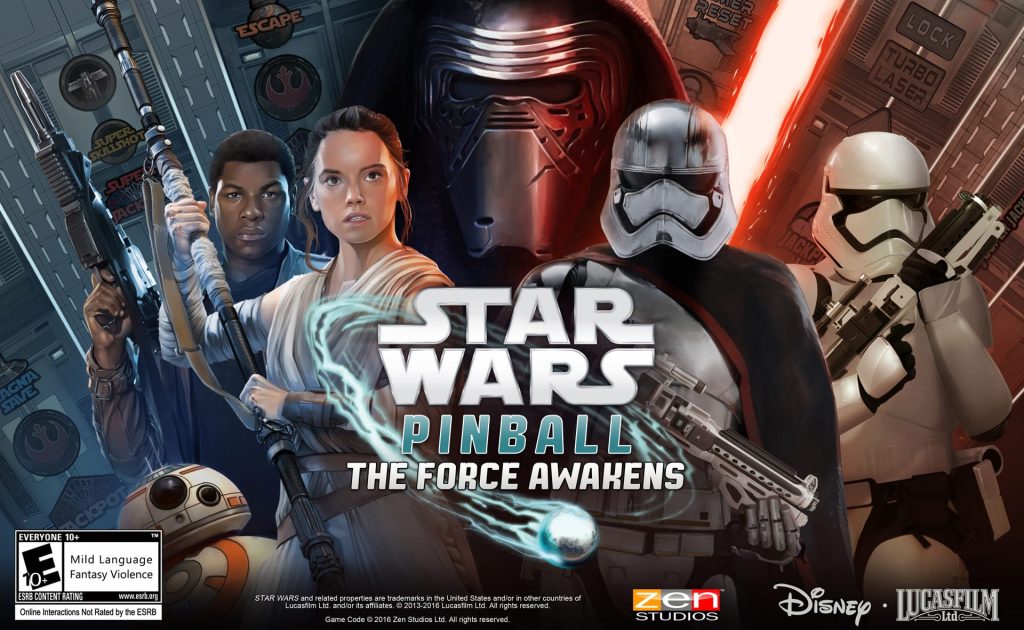 Star Wars Pinball: Might of the First Order puts players in command of the First Order, tasked with extending its power to many planets in the galaxy. Expand its rule beyond the outposts of civilization, and enforce its will in already controlled territories. Star Wars Pinball: Might of the First Order features an innovative two-level playfield where you must use the special ball-lock system on Kylo Ren’s playfield to crush the Resistance, and control your own Star Destroyer with the help of a special magnetic upside-down ramp!

Both of the new Star Wars Pinball tables feature art, models, and sounds directly from the film.

Chris Hare
A True Tech Geek at Heart, I Started my life of being a Tech Geek at the age of 5 with the BBC Micro. Went on through most of Nintendo stuff and now a Xbox and PlayStation fan. I also leaked the information about the leaked Hotmail passwords story from October 2009 that went World Wide. I Started writing tech articles at the beginning of 2011, most of my articles are about Android phones and Xbox One and PlayStation 4 and other gaming news. When Chris has free time its with the family.
Previous articleRise of the Tomb Raider launches on PC 28th Jan
Next articleMad Catz joined “Designed For Samsung” program