NO ESCAPE is the intense, action-packed thriller where an American business man and his family suddenly find themselves in the middle of a violent political uprising, frantically looking for a safe escape. 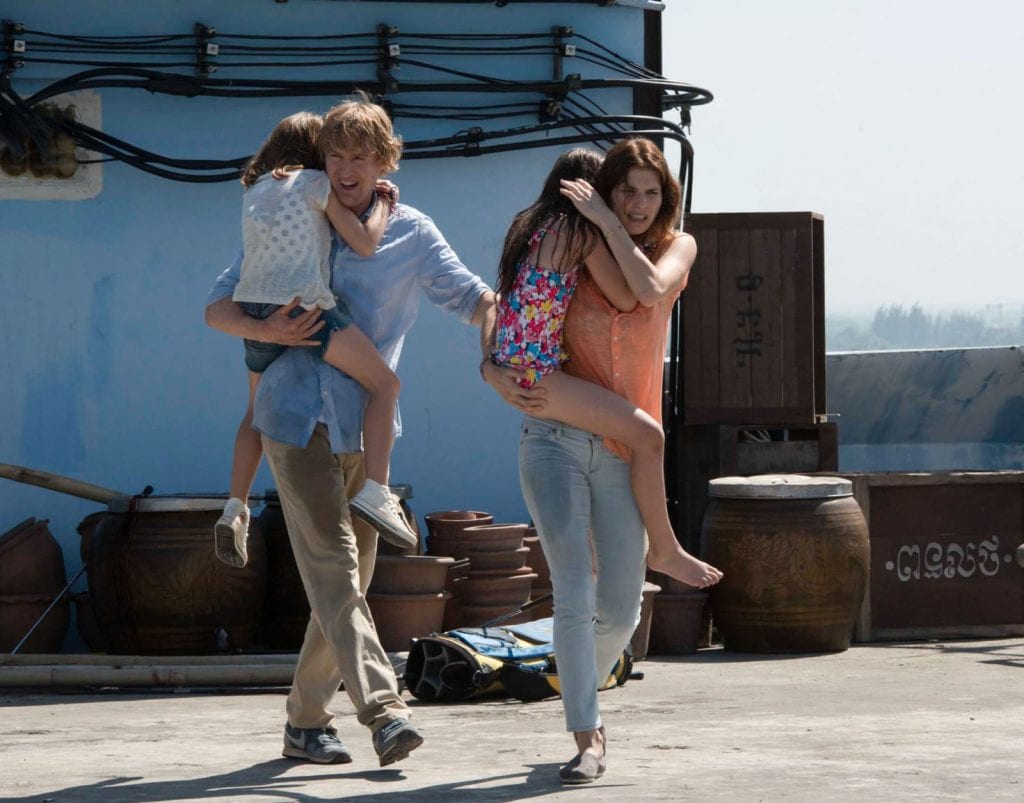 Lake Bell is best known for her roles in films such as What Happens in Vegas and No Strings Attached that show her as a comedic supporting character. In No Escape, however, Bell proves herself as a powerful leading lady as Annie Dwyer. We take a look at Lake Bell’s meteoric rise alongside other women in Hollywood who have shared a similar career path and have gone from the funny supporter to the leader with the last laugh.
NO ESCAPE is available to download on Digital HD on the 28th December 2015 and on Blu-ray and DVD from 11th January 2016, courtesy of Entertainment One.

Lake Bell began her career with a role in the film, Speakeasy, in 2002. After her step into Hollywood she began making appearances in several TV dramas and sitcoms where she predominately made appearances as supporting characters in comedy including; No Strings Attached, What Happens in Vegas and hit TV series, New Girl. More recently, Bell has taken a turn from her funny girl status in supporting roles into being cast as the lead female star in the action packed film, No Escape. Bell plays Annie Dwyer, a mother trapped with her family in Southeast Asia during an uprising and will go to any length to keep her family safe.

Saturday Night Live superstar, Amy Poehler first pursued her comedy career by moving to Chicago in 1993 to learn improvisation at The Second City and The ImprovOlympic. In 1996 she moved to New York City to further pursue her improvisational goals, which turned out to be the turning point in her career after she joined New York based Saturday Night Live in 2001. She stayed on until 2008, during which she became a co-anchor for SNL’s Weekend Update alongside Tina Fey in 2004. When Fey co-wrote the smash hit chick flick, Mean Girls, she propelled Poehler to stardom by casting her as the lead character’s crazy mother in 2004. From 2009-2015 Poehler starred as Leslie Knope in the sitcom, Parks and Recreation, which lead to her receiving a Golden Globe Award© for Best Actress in a Television Musical or Comedy in 2014. In her latest comedy flick, Sister, we finally see Poehler in a well deserved lead role.

Kristen Wiig first made a name for herself and quickly gained recognition as a comedian and actress through her work as a cast member on Saturday Night Live from 2005-2012. She has subsequently received supporting roles in films such as, Knocked Up, Adventureland, Whip it, The Secret Life of Walter Mitty and Paul. In 2011, Wiig made a breakthrough by gaining the lead in the hugely popular film, Bridesmaids; she received seven Emmy Award© nominations and a nomination for a Golden Globe Award© for Best Actress in a Comedy or Music for this role too.

Melissa McCarthy started her career as Sookie St. James on the television series Gilmore Girls and has since starred in other American TV sitcoms, including Samantha Who? and Mike & Molly, the latter earning her a Primetime Emmy Award© for Outstanding Lead Actress in a Comedy Series. McCarthy hit the big screen in 2011 in the comedy film Bridesmaids alongside Kristen Wiig. This catapulted McCarthy to leading woman status, with subsequent leads in; The Heat, Identity Thief, Tammy, St. Vincent and Life As We Know It. In 2015, she created and starred in her own film, Spy, and also received a star on the Hollywood Walk of Fame.

Jennifer Aniston’s first claim to fame was in 1994 as Rachel Green in the mega-successful sitcom, Friends. This catapulted her success internationally, and she has since played a number of leading roles in romantic comedy films, including: The Break Up, Along Came Polly, We’re The Millers, Bruce Almighty and Horrible Bosses. In 2012, she received a star on the Hollywood Walk of Fame and is one of the highest paid actresses in Hollywood. Her most recent leading role shocked her fans as she took a step back from the romantic comedies and played a mourning woman suffering with chronic pain following a car accident in Cake.

Mila Kunis found her big break in That ‘70s Show starring alongside Ashton Kutcher from 1998 to 2006. She became very popular within the romantic comedy genre and landed supporting roles in flicks including Get Over It and Forgetting Sarah Marshall. In 2010, Kunis played the supporting female role in the smash hit, Black Swan and was nominated for a Golden Globe© for Best Performance by an Actress in a Supporting Role in a Motion Picture. She’s since been propelled into stardom and further lead roles such as in Friends With Benefits in 2011 and the hugely popular Ted in 2012.

NO ESCAPE is out on Digital DOWNLOAD on the 28TH DECEMBER 2015 and ON Blu-ray and DVD from 11TH JANUARY 2016, courtesy of Entertainment One

Andrew Edneyhttps://moviesgamesandtech.com
I am the owner and editor of this site. I have been interested in gadgets and tech since I was a little kid. I have also written a number of books on various tech subjects. I also blog for The Huffington Post and for FHM. And I am honoured to be a Microsoft MVP since January 2008 - again this year as an Xbox MVP.
Previous articleMMO Free Strategy games by Plarium
Next articlePreview: ARK Survival Evolved Xbox One

Let me tell you how it feels to play this game, Inscryption. It feels, looks and sounds like playing something you found in a...