Ubisoft rounded off their 2014 with ‘The Crew’ an open world car street racing title which looked to blend story, racing and online features for the first time in their catalogue of games. I enjoyed this first attempt but my time was plagued with problems with the online aspect but ‘The Crew’ was a solid effort worthy of trying out for fans of the genre. Skip to now and once again Ubisoft is ending 2015 by revisiting the game with a brand new expansion pack ‘Wild Run’ :

I did find it strange to learn that near on twelve months after its original release, that an expansion pack was being released for a game that quite honestly many have already forgotten about. For the £14.99 price tag this expansion will need to add a great deal to the existing gameplay to attract original players back as well as hopefully for Ubisoft, attract new players to pick up the game.

Wild Run adds new vehicles, race modes and a community focused challenge hub called ‘The Summit’ which is where the majority of the new content that ‘Wild Run’ brings to the game will be used. The new new vehicle classes add monster trucks, drift cars and my personal favourite, motorbikes’ to The Crew. The vehicle specs follow the same collection and upgrade upgrade trees players will be familiar with and can be customised to suit a particular race type or just how the player wants their car to look in the world. 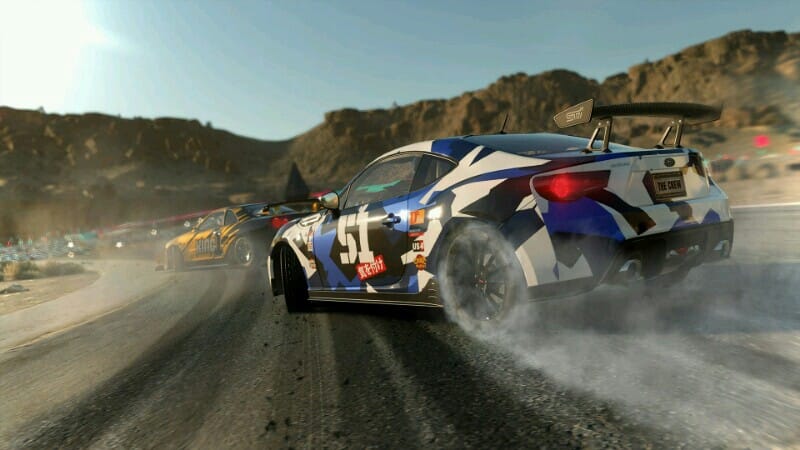 I did enjoy the new vehicles with driving a Monster truck and just powering through the games towns and locations was huge fun, especially when used to trigger a police chase and just crushing patrol cars under my huge wheels. But this fun quickly wore off when driving to a race location as cruising around the roads in a monster truck both looked and felt a little silly. Luckily switching to motorbikes made cruising far more enjoyable and more natural.

The newest mode which I found myself playing the most was the Drag Trials. In classic American car nostalgia, drag racing does everything its name suggests, drag racing. This particular race mode takes some time and practice to really get the hang of it, with a more simulation approach than arcade. Details such as making sure your tyres are warm enough before starting, nailing the launch to get the advantage on the green light before managing gear changes to maintain speed are all crucial to success. Depending on the car you use these will either be hindered or helped by upgrades but Drag Trial was the most satisfying of the new trial modes that come with the new vehicle specs.

The Summit serves as a community challenge area offering limited timed races for solo runs. The Summit works as a tournament where players challenge other players and a Leaderboard shows the best times. Whilst it has a strong PvP flavour, you can just use it to test your skills, but I did find that having some of the challenges made for ‘Crews’ only was a shame. The Crew makes the assumption still that players form or join crews to race in the game but this is not always the choice of most players of The Crew.

Strangely what the Wild Run brings to the main game doesn’t actually come within the expansion pack itself. A large overhaul of the game comes with a free update to ‘The Crew’ that prepares it for the new DLC. The update enhances the visual engine making the game look sharper and better than ever. The weather system has been given a fresh kick that helps bring a fresh feel to the game after a year since its release. But the issues that plagued the game still exist. Despite the online element trying to make an almost MMO experience with ‘The Crew’, the world can still feel empty as you drive the often long distances to get to the next race. PvP can still be a laborious task waiting for race lobbies to fill. 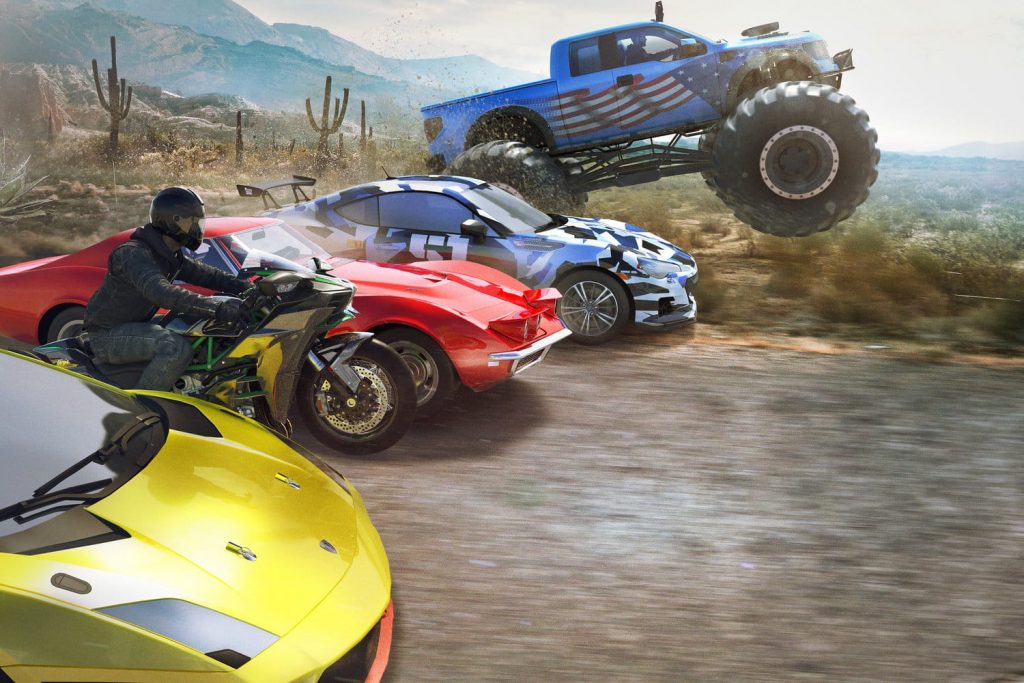 Ubisoft has clearly looked to rerelease ‘The Crew’ both in trying to attract players back with ‘Wild Run’ and in the retail edition that combines both the main game and with the retail release ‘The Crew Wild Run Edition’. The main game still sadly suffers from issues that players have criticised not with but with the fresh update to visuals and the new content and vehicles with ‘Wild Run’, you are getting a lot of driving gameplay right now with ‘The Crew’.

As an expansion though, ‘Wild Run’ lacks the real wow factor required from an expansion pack but it does add fresh elements to a game that was much in need of it. Where Ubisoft goes next with the game will be interesting, but right now the game remains just above average and for the price of this expansion DLC, I feel it really needed to add more to be worthy of the expansion title

If you are a fan of Top Gun or fast jets, then you might want to take a look at the new Tomcat RIO book by Dave "Bio" Baranek.
Read more
Gaming