Even after announcing the Surface Pro 4 being a tablet that works like a laptop, Microsoft also announced the Surface Book a brand new ultrabook with a 13.5-inch screen. It is presented as the most powerful 13-inch laptop around, with the latest Intel processor and Nvidia discrete GPU, which gives it twice the performance of rivals like the Macbook Pro. 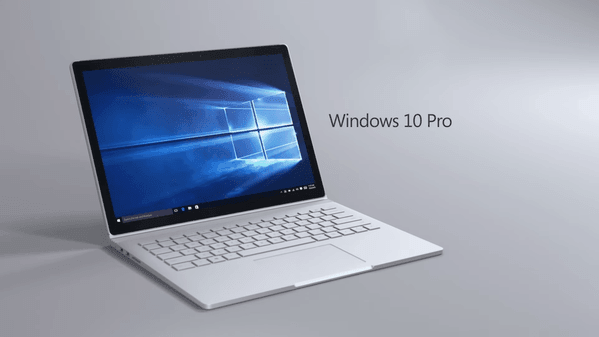 Its screen supports 267 PPI, and they system promises 12 hours of battery life. The laptop is designed specifically for power users, and can run games like Gigantic and Gears of War.

But it looks like Microsoft is being cheeky with this one. The Surface Book is actually the Surface Pro 4 with a base that boosts its capabilities. The screen, which is a Surface Pro 4, can be detached from the keyboard for alternate viewing modes. The solid keyboard base houses the Nvidia descrete GPU. The base features a backlit keyboard, two USB 3.0 ports, and a full sized SD card.

Starting price for the Surface Book is $1,499 (no UK pricing yet), and will be available in stores starting 26th October. You can pre-order starting tomorrow, 7th October.

Chris Hare
A True Tech Geek at Heart, I Started my life of being a Tech Geek at the age of 5 with the BBC Micro. Went on through most of Nintendo stuff and now a Xbox and PlayStation fan. I also leaked the information about the leaked Hotmail passwords story from October 2009 that went World Wide. I Started writing tech articles at the beginning of 2011, most of my articles are about Android phones and Xbox One and PlayStation 4 and other gaming news. When Chris has free time its with the family.
Previous articleMicrosoft announces the Surface Pro 4
Next articleReview: Train Valley