It’s been a long time since RCT3. Despite me knowing this going into my meeting it took the developers to remind me that it was some were in the order of a decade. Only the other day I was still playing it despite its age – it definitely looks old but still gets the job done. Strangely there’s not really any other choices when it comes to theme park management. Hence the need to go back to RCT even this long after its release. But at long, long, last Atari have got around to making a new title. At Gamescom I was fortunate enough to take a look at Roller Coaster Tycoon World.

There’s still not a whole lot to see online but I was able to take a look around building a park and a few of the user interface elements that will be helping you make your dream park in the near future. Taking pride of place is the new track building system for making custom coasters. Those that know the old step by step wizard of RCT 3 will probably be glad to see it gone and replaced by a much more intuitive system. Drag and drop is absolutely the phrase of the day. Dragging around parts of a coasters is now just as simple as it could be and within only a few minutes a coaster that would have taken hours and hours of work before is ready and testing in front of us. It looks too easy to believe. In particular twists and turns are now simple and efficient rather than requiring you to figure out exactly which turn segment you need and needing you to erase significant segments of a coaster to fit them in. Finishing a coaster is much easier too as you drag your cursor to finish the loop and the track bends and twists naturally to meet together. No more repeated attempts at ending the coaster and hoping to the Roller Coaster gods it will meet up eventually only to realise that the whole thing needs trashing and rebuilding. 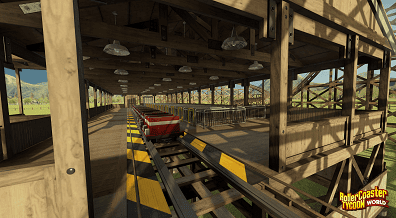 Visually RCT has stuck with the cartoon style and the familiar ‘peeps’ still crawling all over your Park. There’s also no grid over the top of everything because RCT World can rely on modern tools and a decent, minimalist, UI. Everything looks infinitely cleaner and more natural. The clean, modern UI adds a much needed fresh look to RCT. Another feature that will get a huge thumbs up, particularly for the modders out there, is integrated support for mods and access to items from the Steam Workshop. They are even accessible from the game itself which allows you to download and use them without leaving RCT World and restarting. 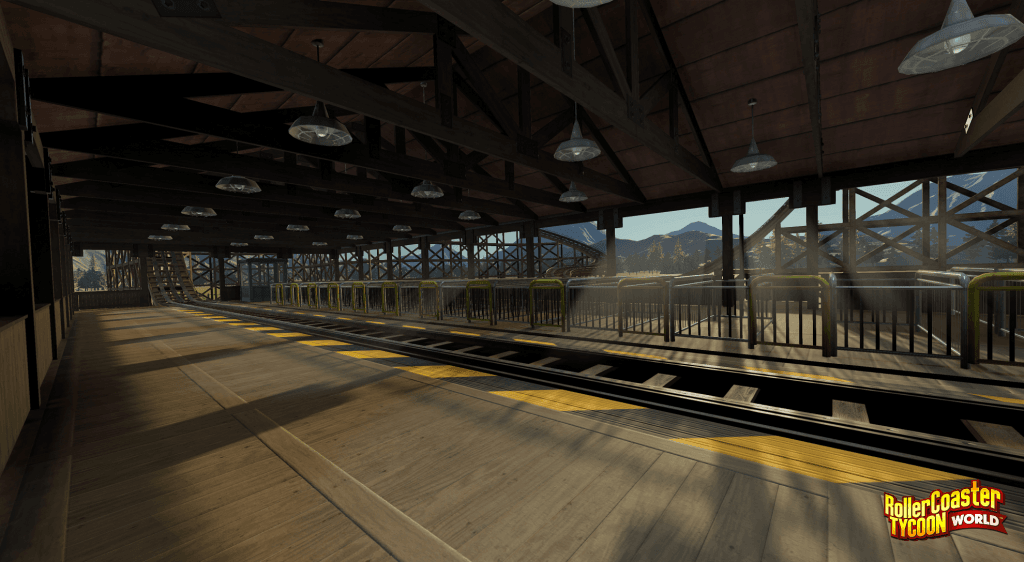 RCT World is in keeping with the old familiar style of RCT but adds modern touches and interfaces wherever they’re needed. It feels like a true sequel in the literal sense in that it looks like a distinct but recognisable movement forwards from RCT 3. Powerful new features and tasty new visuals have RCT World right on track to be a great follow up to a classic title. Look out for RCT World in Q4 of 2015.

phillvine
Phill has been the director of a small IT repair business since 2011 which he runs alongside studying for his degree in Information and Communication Technologies at the Open University. Video games are his real passion and they take up more of his time than he'd like to admit.
Previous articleThe Transporter: Refuelled comes to Asphalt8
Next article‘Lara Croft GO’ out now on iOS, Android, Windows Phones