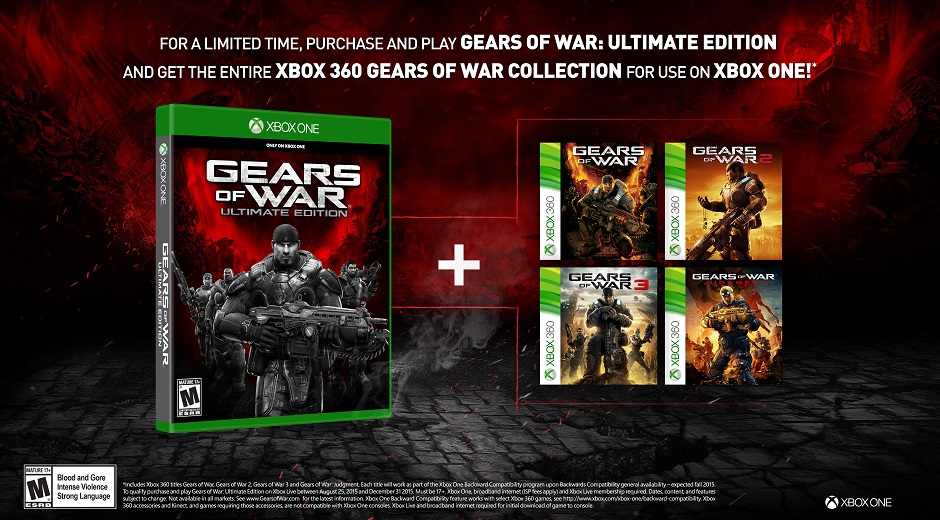 All you have to do is play Gears of War: Ultimate Edition on Xbox Live between 25th August and 31st December, 2015, and the Gears Collection will be unlocked when backward compatibility launches in the fall.

The games in the collection include the Xbox 360 releases of Gears of War, Gears of War 2, Gears of War 3, and Gears of War Judgment. So, fans will be essentially get five games in one, although the backward compatibility games will not feature updated graphics for the Xbox One, but other features like DVR, snap, and screenshots will be supported.

Chris Hare
A True Tech Geek at Heart, I Started my life of being a Tech Geek at the age of 5 with the BBC Micro. Went on through most of Nintendo stuff and now a Xbox and PlayStation fan. I also leaked the information about the leaked Hotmail passwords story from October 2009 that went World Wide. I Started writing tech articles at the beginning of 2011, most of my articles are about Android phones and Xbox One and PlayStation 4 and other gaming news. When Chris has free time its with the family.
Previous articleInsurgent : Shailene Woodley Q and A
Next articleA Message from Deadpool