To celebrate the release of Antonio Banderas in AUTOMATA we have a competition to win the film on Blu-ray! 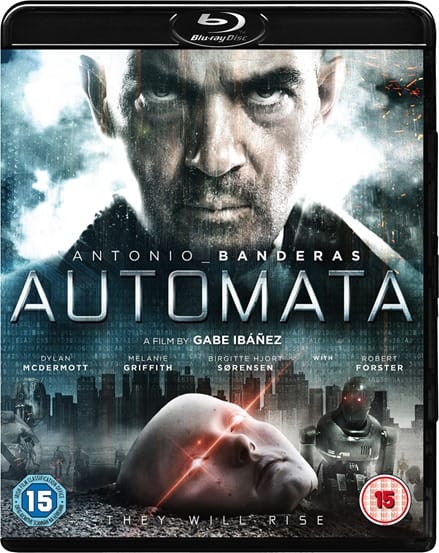 Antonio Banderas stars  as Jacq Vaucan, an agent for ROC robotics corporation, who investigates cases of robots violating their primary protocol: not to harm humans. What he discovers will have profound consequences for the future.

We have two copies of AUTOMATA to give away on Blu-ray:

Usual contest rules apply, and the winners will be selected at random. This contest is open to the UK only – sorry!

Andrew Edneyhttps://moviesgamesandtech.com
I am the owner and editor of this site. I have been interested in gadgets and tech since I was a little kid. I have also written a number of books on various tech subjects. I also blog for The Huffington Post and for FHM. And I am honoured to be a Microsoft MVP since January 2008 - again this year as an Xbox MVP.
Previous articleTellTale Games teams up with Marvel
Next articleWin Bad Land: Road to Fury on Blu-ray

We have two copies of A Discovery of Witches Season 2 on Blu-ray to give away.
News

In 2019 the Philip K. Dick estate approached The Folio...