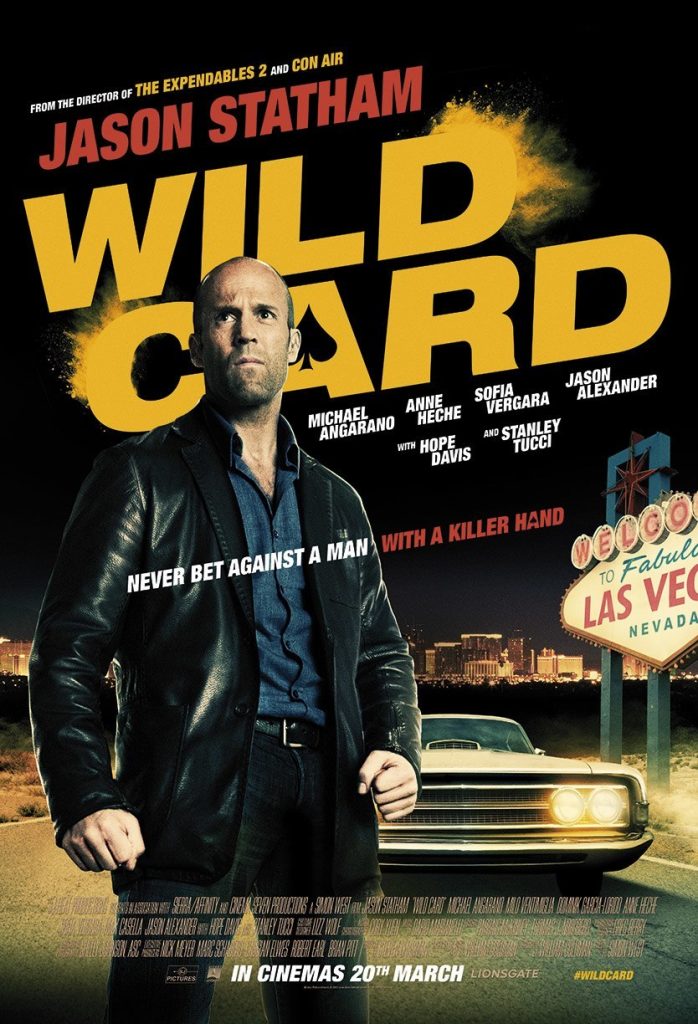 Nick Wild (Jason Statham) is a Las Vegas bodyguard with lethal professional skills and a personal gambling problem. When a friend is beaten by a sadistic thug, Nick strikes back, only to find out the thug is the son of a powerful mob boss. Suddenly Nick is plunged into the criminal underworld, chased by enforcers and wanted by the mob. Having raised the stakes, Nick has one last play to change his fortunes…and this time, it’s all or nothing. WILD CARD is directed by Simon West (CON AIR) and written by two-time Academy® Award-winning writer William Goldman (Best Original Screenplay, Butch Cassidy and the Sundance Kid, 1969; Best Adapted Screenplay, All the President’s Men, 1976).

Chris Hare
A True Tech Geek at Heart, I Started my life of being a Tech Geek at the age of 5 with the BBC Micro. Went on through most of Nintendo stuff and now a Xbox and PlayStation fan. I also leaked the information about the leaked Hotmail passwords story from October 2009 that went World Wide. I Started writing tech articles at the beginning of 2011, most of my articles are about Android phones and Xbox One and PlayStation 4 and other gaming news. When Chris has free time its with the family.
Previous articleWatch the first teaser trailer for The Fantastic Four
Next articleReptile coming to Mortal Kombat X

You heard it from the grapevine folks; Garden Story is the sweetest, most wholesome ARPG of 2021 that’ll leave you feeling good to the core.
Gaming

It is fair to say that Sony have been...