Not everyone has an aerial point available where they need it or has the ability to have an external aerial, so an option open to you is to use an indoor aerial, and here is our review of the One for All Indoor Aerial SV9335 and SV9395. 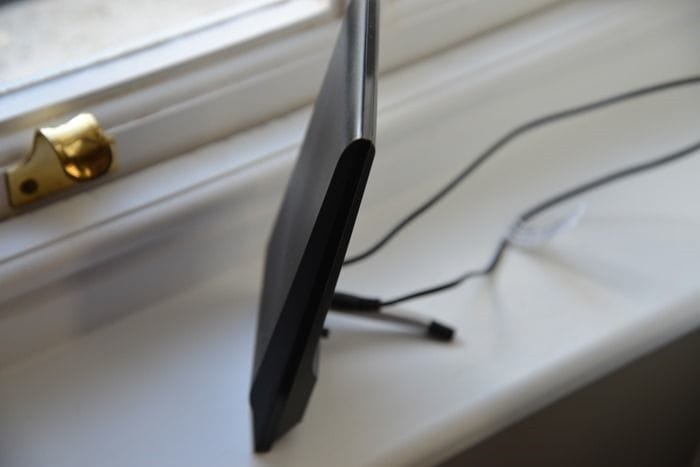 One of our readers contacted us asking about aerials – his requirements were that it had to be indoors and that he didn’t want anything too big and it had to be HD capable, so we contacted One for All and they sent two different indoor aerials to test.

One for All Indoor Aerial SV9335 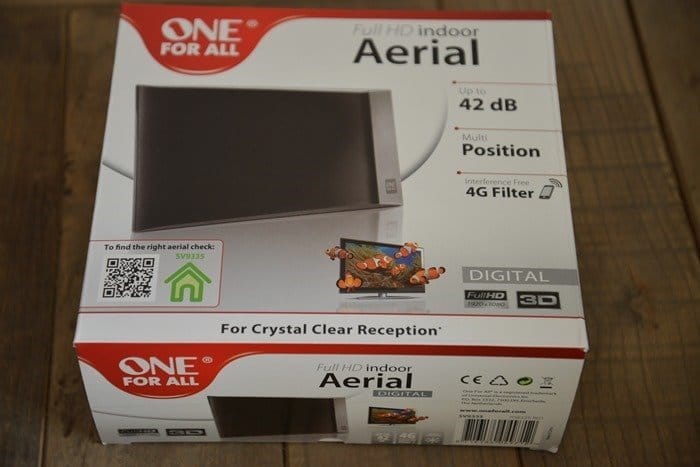 This one is an amplified indoor TV Aerial up to 42 dB and can be placed either horizontally or vertically. 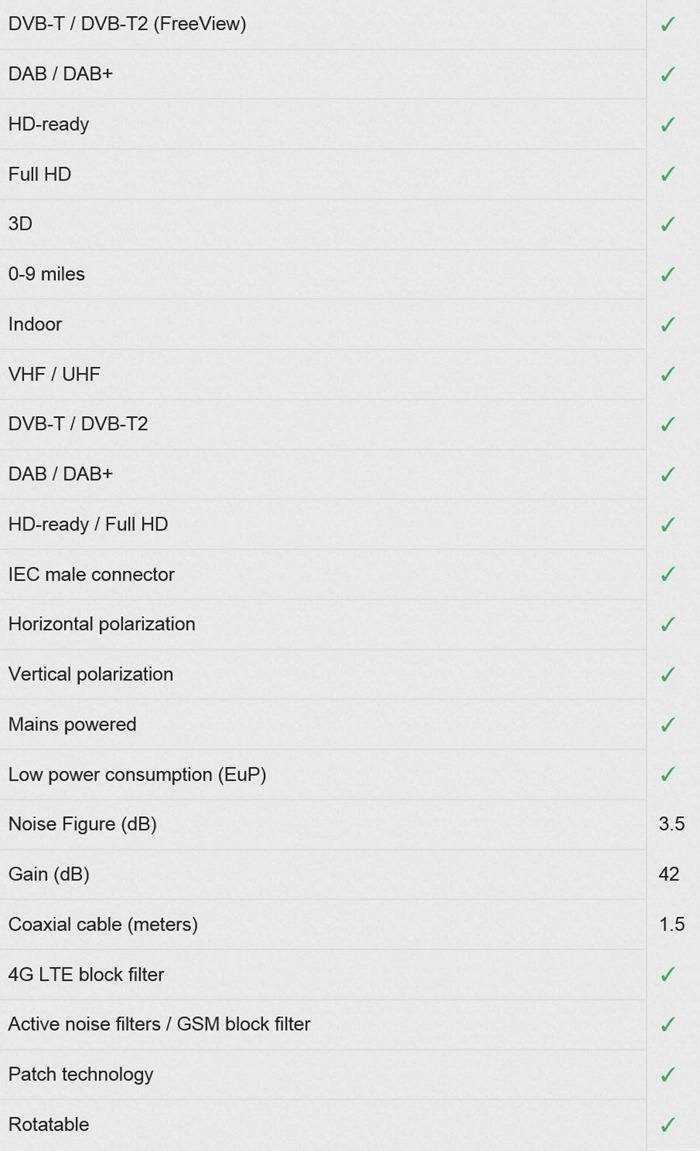 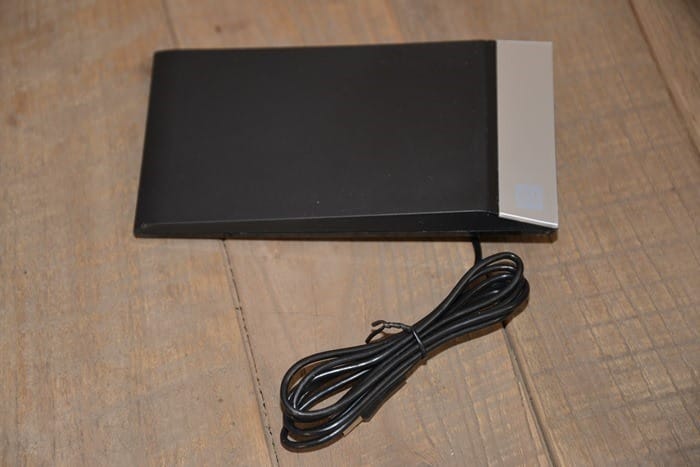 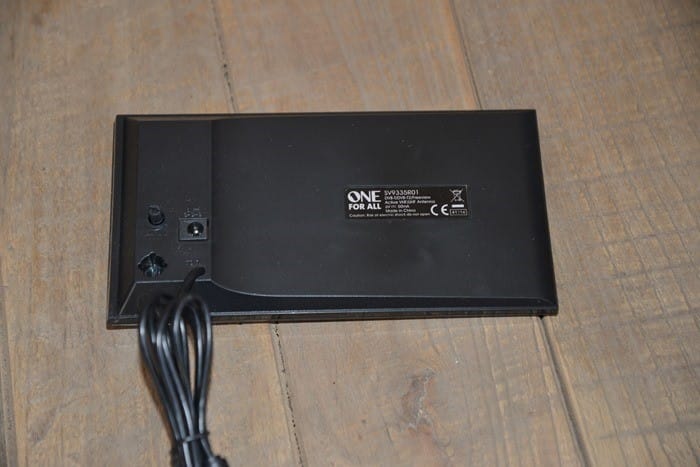 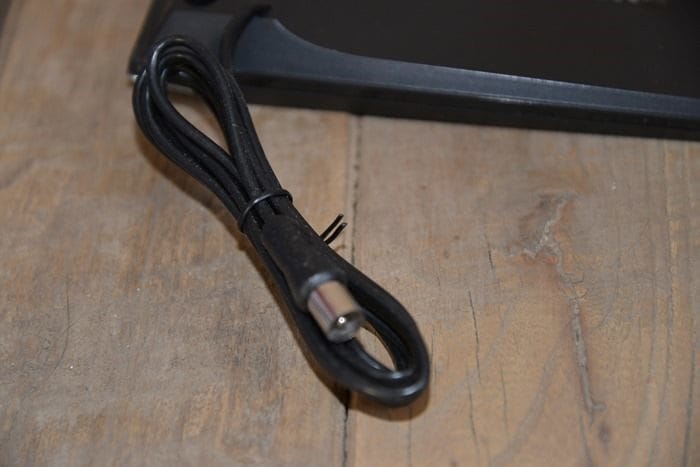 It has a small dial on the rear of the unit that can be used to turn up or down the amplification. 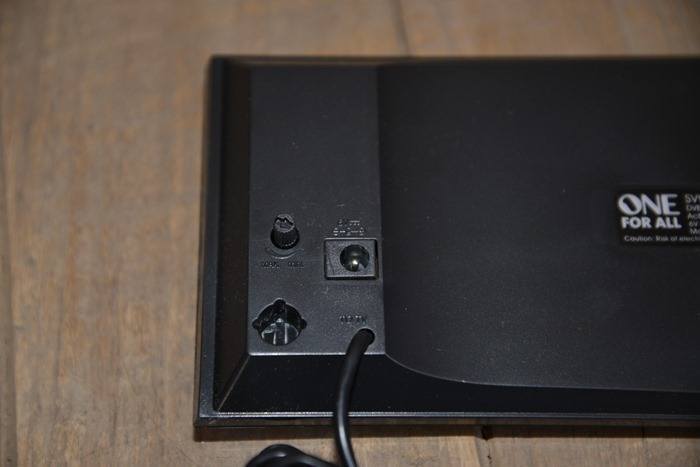 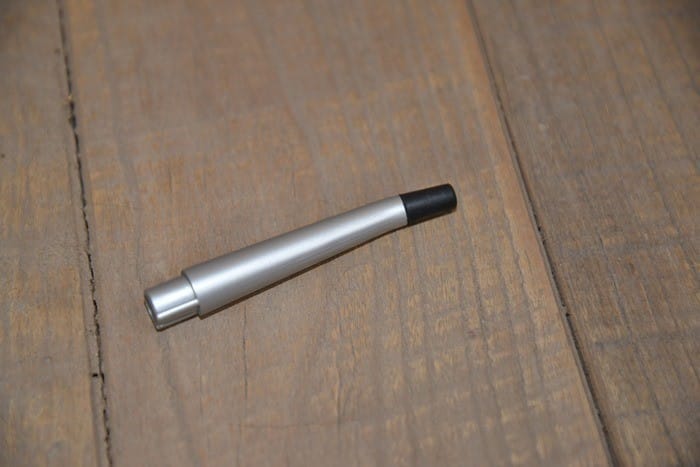 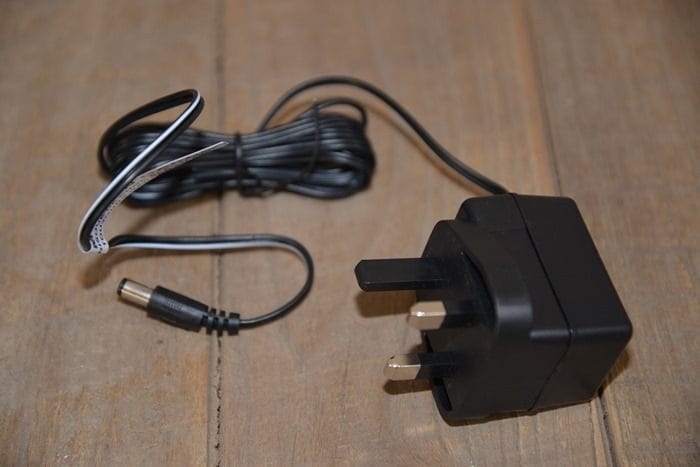 One for All Indoor Aerial SV9335 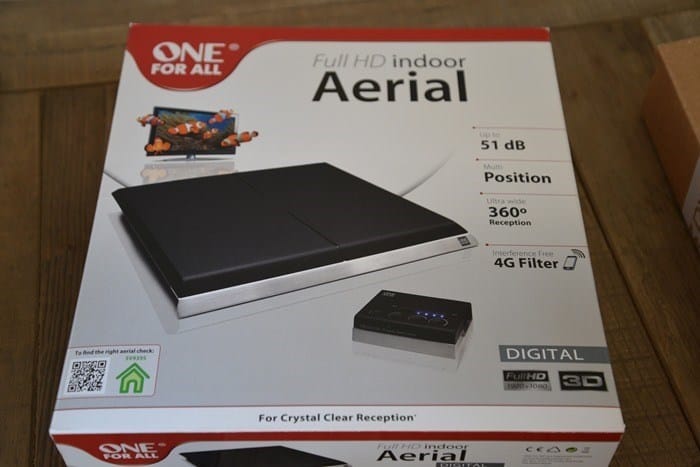 This one is an amplified indoor TV Aerial up to 51 dB that has an external amplifier. 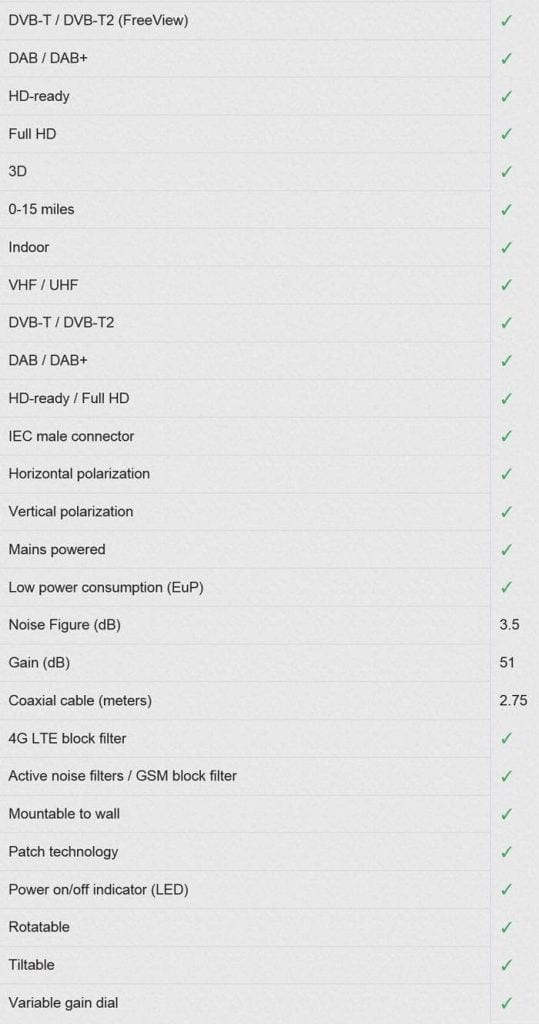 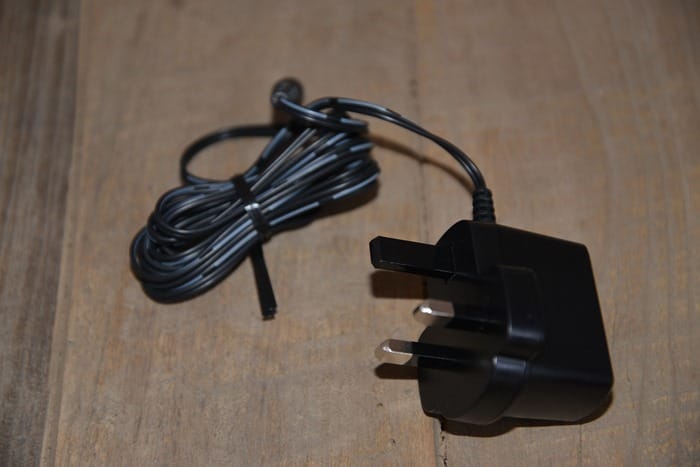 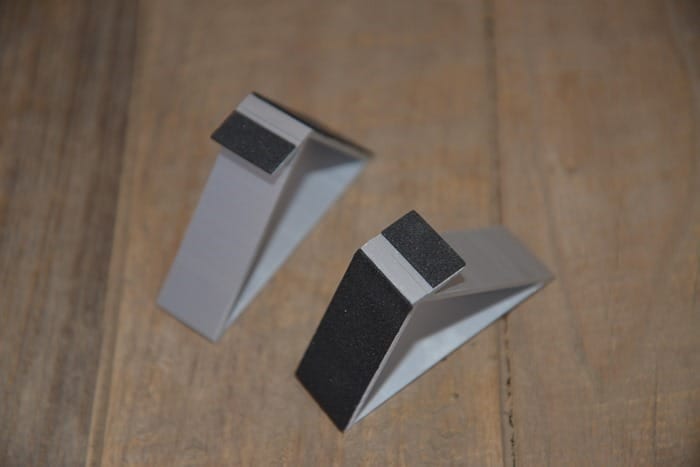 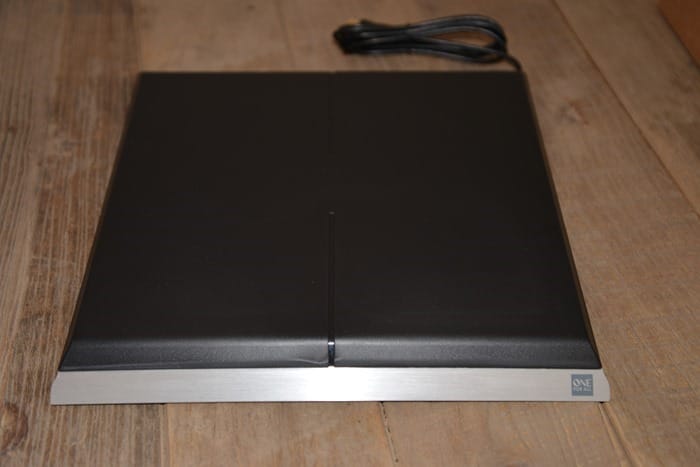 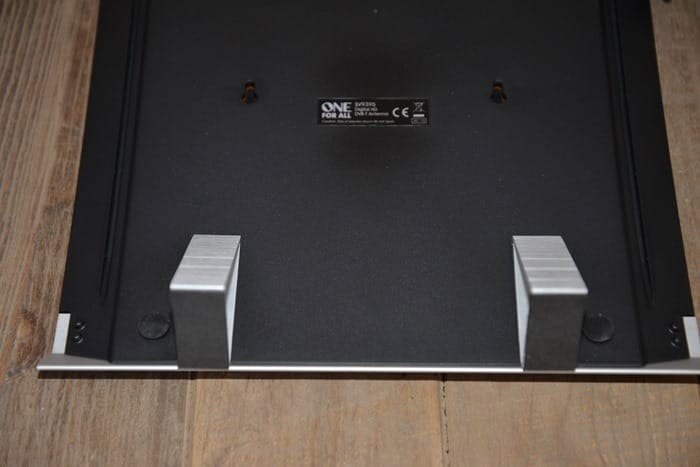 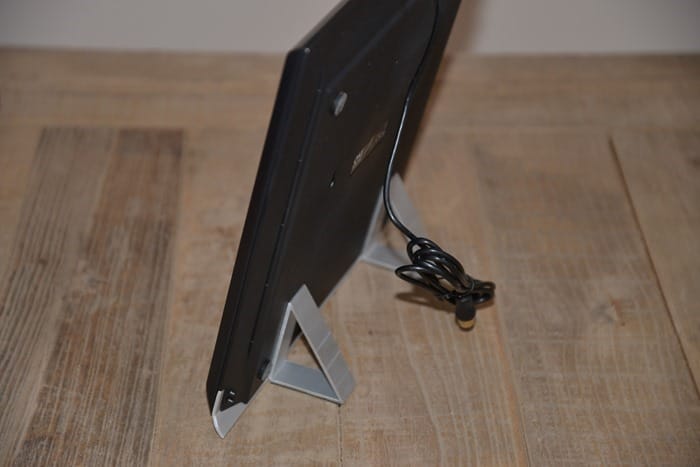 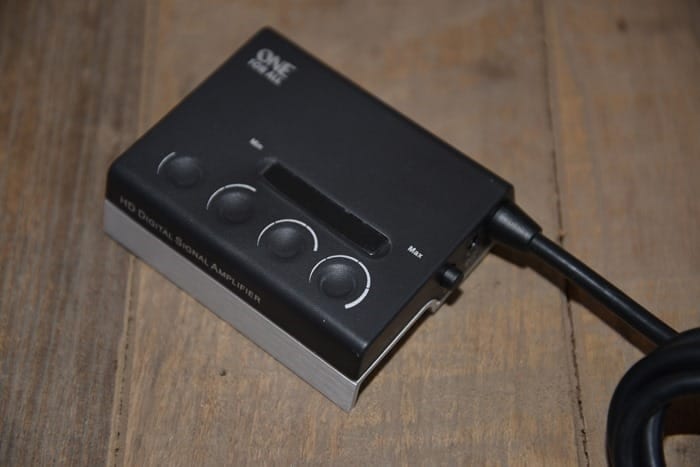 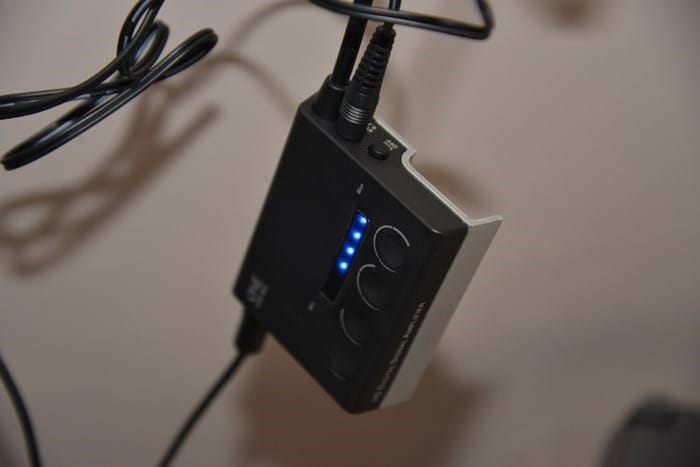 Both aerials have a unique 3G/4G block-filter to block all 3G and 4G mobile phone signals, to ensure the best possible reception. We couldn’t specifically test this feature but it’s good to have it!

We set up both aerials in a room that didn’t have an aerial socket and didn’t have a great line of sight of the mast (we like a challenge). Both only took a few minutes to take out of the box and plug in.

Both aerials performed very well – both finding 124 digital channels which matched up with the external aerial we later tested. 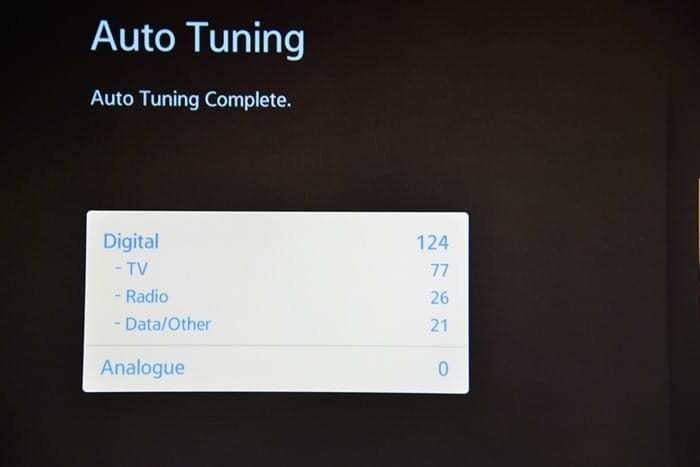 The picture quality was superb – we had no complaints on either.

Depending on your specific requirements the choice between the two aerials may be easier – for us we preferred the SV9335 because it was smaller and could be easily tucked away, however the larger more powerful SV9395 with its additional amplifier might be what’s required depending on the room in the house you want to use it and how far you live from the nearest mast. The SC9335 has it’s own little stand which keeps things tidy where as the SV9395 has two feet and the option to wall mount it if you have the room and the need. The only issue with wall mounting it could be the amplifier as you will need to find somewhere to put it, but worst case you could attach it to something!

All in all, if you have a need for an indoor aerial then you should take a very close look at the aerials from One of All – they are great and they won’t break the bank.

You can learn more from the One for All website.

Andrew Edneyhttp://moviesgamesandtech.com
I am the owner and editor of this site. I have been interested in gadgets and tech since I was a little kid. I have also written a number of books on various tech subjects. I also blog for The Huffington Post and for FHM. And I am honoured to be a Microsoft MVP since January 2008 - again this year as an Xbox MVP.
Previous articleWatch the KillCameraman from Advance Warfare
Next articleWin Seventh Sword on DVD

It is not everyday where a video...
Read more
Gaming

So far everything about Cyberpunk 2077 has...
Read more
Gaming

It's been a long time since Nintendo released a...
Read more