Parrot announced the availability and pricing for the Bebop drone in the US.  Read on for details. 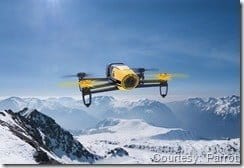 Parrot announced the availability and pricing for the Bebop drone in the US. The Bebop is the newest take on drones from Parrot, and sports a full 1080p HD camera with 3-axis digital stabilization.  Smaller than the AR Drone 2.0, it should be easier to repair and has upgraded networking and camera electronics on-board.  Parrot also is releasing a revised Free Flight app, FreeFlight 3.0.  MSRP Stateside is $499 for the drone, $899 for the drone and Skycontroller combination.  You will be able to purchase the Bebop from Best Buy and Apple stores in the US in December 2014.

OK, first of all, enjoy the launch video:

Now, here is the press release:

Parrot, expert and pioneer in consumer drones, unveils the final version of Bebop Drone, a third-generation quadricopter designed for leisure.

Equipped with a Full HD 14 megapixel camera stabilized on a 3-axis framework, the Parrot Bebop Drone takes video and pictures of the world in a 180° field with remarkable image quality.

A powerful aerial achievement, it combines numerous sensors that give the Bebop Drone impressive stability and easy-to-use piloting via Wi-Fi with a smartphone or a tablet.

Parrot Bebop Drone is also compatible with a Wi-Fi extender, the Parrot Skycontroller, which can be used to pilot Bebop and provides an extended flight range.

Whether you are interested in the sole pleasure of flying, capturing amazing images of landscapes or filming sport performances, the Parrot Bebop Drone offers a unique perspective of the world… 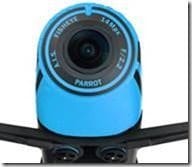 Exclusively developed for the Bebop, it streams live an immersive view of the flight on the screen of the piloting smartphone or tablet.

The pilot can control the angle of the camera simply with their thumb, through the piloting app, to transition the angle of the view on an 180° angle. Then, it can film or take pictures vertically.

Landscapes are captured on the 8GB flash memory of the Parrot Bebop Drone. Videos and photos can then be transferred onto the piloting device or a computer.

Light (390g without its hull, 410g with its hull) and easy to pilot, the Parrot Bebop Drone is a high-performance drone, regardless of indoor or outdoor flights.

The Parrot Bebop Drone is equipped with two biband Wi-Fi antennas and can operate in 2.4 GHz and 5 GHz frequencies in MIMO (Multiple Inputs Multiple Outputs) format. Depending on network interference, the pilot can select the frequency of his choice and benefit from a perfectly stable Bebop Drone/smartphone connection for 250m.

The Parrot Bebop Drone comes with a free piloting application, FreeFlight 3.0, for iOS, Android and Windows Phone smartphones and tablets.

The ergonomics of the application have been developed to offer ease-of-use and allows the pilot to focus on the pleasure of flying.

Touch the ‘take off’ button and the Parrot Bebop Drone starts its engines, takes off, stabilizes and awaits the pilot’s instructions.

The left thumb activates a virtual joystick that enables control of the drone’s altitude as well as its rotation. Tilting the smartphone/tablet indicates the direction: forward, backward, left, right.

The right thumb controls the angle of tilt of the front camera while flying.

If needed, pressing the ‘Return Home’ button makes the Bebop Drone automatically come back to its take-off position, guided by GPS.

When the ‘landing’ button is touched, the Parrot Bebop Drone automatically lands smoothly.

In addition to high speed flights and precise maneuvers, expert pilots and beginners can master acrobatic tricks in a flash! By pressing the app interface, the Bebop Drone will perform a loop.

Data gathered during a flight (duration, position, etc.) can be viewed in 3D on the Pilot Academy map and shared with the community of pilots.

The Bebop Drone Skycontroller, an RC-like remote control equipped with a Wi-Fi amplifier, provides an even more powerful Wi-Fi connection.

The piloting smartphone or tablet is fixed on the control dock and streams what the Bebop Drone is seeing on its screen.

Thanks to its amplified Wi-Fi radio and its four antennas, the Parrot Skycontroller extends the Wi-Fi range up to 2km.

The pilot takes the helm of the drone via two hand controllers equipped with joysticks. Two ministicks are positioned on each side of the handles to control the angle of the camera and browse within the menus.

Running on Android, the Skycontroller embeds FreeFlight 3.0 piloting application, making it possible to pilot the Parrot Bebop Drone by sight even without a tablet or smartphone, a feature designed for RC enthusiasts. 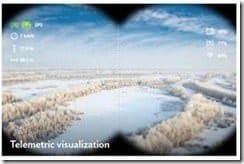 For extreme visual experiences, the Parrot Skycontroller is compatible with numerous first person view (FPV) glasses. Once connected via HDMI, they offer an immersive view of the flight.

When using FPV glasses equipped with a gyroscope, the pilot controls the Bebop Drone with the joysticks while the angle of the camera follows the movements of his or her head.

In addition to the view from the camera, telemetry information is shown, such as artificial horizon, battery level, speed, altimeter and distance..

A list of compatible glasses is available on www.parrot.com .

“The Bebop Drone masters several challenges: performs amazingly while flying andfilms in 1080p in a stabilized manner; all of this with a size reduction of 25 percent compared to the AR.Drone,” said Henri Seydoux, CEO of Parrot. “To achieve these results, our engineers worked for more than three years. The Bebop Drone embeds high-performance processors, a graphics co-processor with professional-grade camera capabilities.  With Skycontroller, we enter a new dimension, one of immersive and high precision piloting.”

Expert pilots and beginners should take the helm of leisure drones in a responsible manner and with respect for the local rules and regulations. 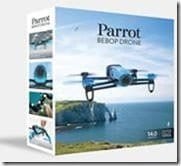 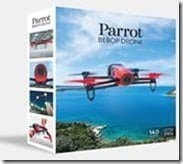 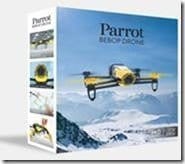 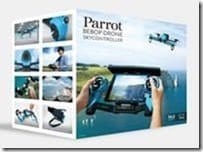 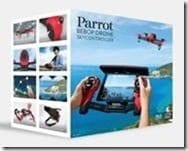 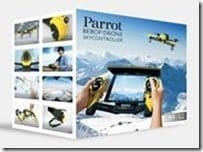 Check out these product pictures: 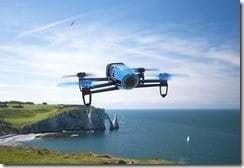 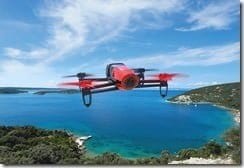 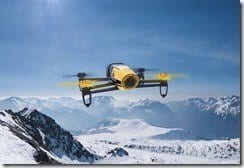 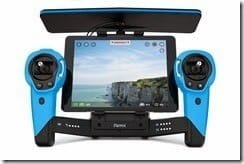 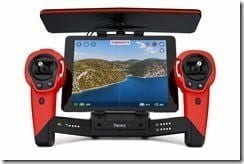 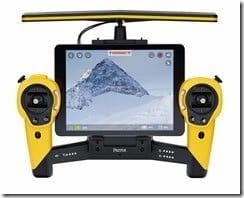 I am very interested in this updated Parrot drone…I own and reviewed the AR Drone 2.0.  I’ll keep you posted on further developments.

Jim McCarthy
My tech interests include WHS, media streaming, and gaming, among others!
Previous articleMusterbrand announces World of Tanks range
Next articleLara Croft and the Temple of Osiris Gone Gold

Crypto games: a guide to the new online gaming trend

With the creation of cryptocurrencies and blockchain technologies, many...
Read more
Tech