After nearly two decades after Pixar Animation Studios created the world’s first computer-animated feature film with “Toy Story,” it revealed plans for Disney – Pixar’s Toy Story 4, an adventure that returns audiences to the world of the studio’s signature characters. 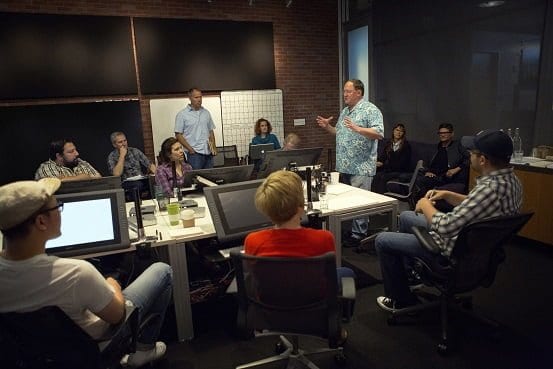 John Lasseter, director of the original Toy Story and Toy Story 2, will direct the film, which opens a new chapter in the lives of Woody, Buzz Lightyear and the Toy Story gang. The story was dreamt up by Lasseter, Andrew Stanton, Pete Docter and Lee Unkrich, the storytellers who have been the driving force behind all three Toy Story films.

“We love these characters so much; they are like family to us,” said Lasseter. “We don’t want to do anything with them unless it lives up to or surpasses what’s gone before. Toy Story 3 ended Woody and Buzz’s story with Andy so perfectly that for a long time, we never even talked about doing another Toy Story movie. But when Andrew, Pete, Lee and I came up with this new idea, I just could not stop thinking about it. It was so exciting to me, I knew we had to make this movie—and I wanted to direct it myself.”

The film is slated for release on 16th June, 2017.
The next film from  Disney Pixar is the eagerly anticipated major “emotion” picture Inside Out which will release in UK cinemas from July 24, 2015.

Chris Hare
A True Tech Geek at Heart, I Started my life of being a Tech Geek at the age of 5 with the BBC Micro. Went on through most of Nintendo stuff and now a Xbox and PlayStation fan. I also leaked the information about the leaked Hotmail passwords story from October 2009 that went World Wide. I Started writing tech articles at the beginning of 2011, most of my articles are about Android phones and Xbox One and PlayStation 4 and other gaming news. When Chris has free time its with the family.
Previous articleReview – Halo : The Master Chief Collection
Next articleWatch the launch trailer for Assassins Creed Unity