The Winners of our Pro Rugby Manager 2015 on PC contest

We gave you the chance to win Pro Rugby Manager 2015 on PC and here are the winners. 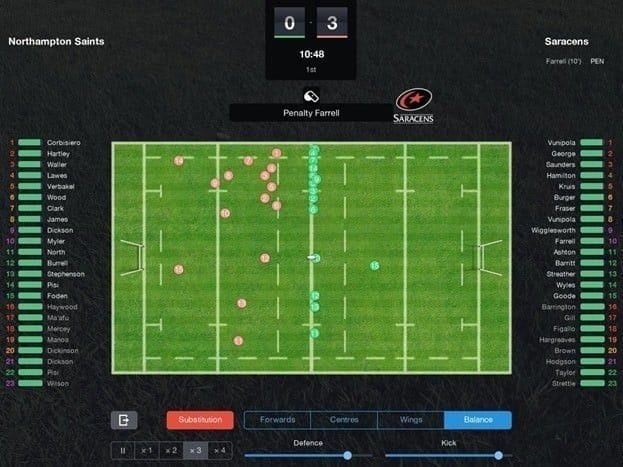 Developed under license from the biggest rugby union leagues in the world – Aviva Premiership Rugby (England), PRO12 (Wales, Scotland, Ireland and Italy) and TOP14 / PRO D2 (France), Pro Rugby Manager 2015 will give players the opportunity to manage any of the 54 official teams from these leagues.

We had three digital copies of Pro Rugby Manager 2015 on PC to give away:

And thanks againto our friends at 505 Games for the codes.

Andrew Edneyhttps://moviesgamesandtech.com
I am the owner and editor of this site. I have been interested in gadgets and tech since I was a little kid. I have also written a number of books on various tech subjects. I also blog for The Huffington Post and for FHM. And I am honoured to be a Microsoft MVP since January 2008 - again this year as an Xbox MVP.
Previous articleReview: ROCCAT Kave XTD Stereo Gaming Headset
Next articleWin Grace of Monoco on Blu-ray

Medieval Dynasty is a settlement building RPG. Create your own settlement and become a boss. While also learning more about your late uncle.
Gaming

The PlayStation Talents initiative has fostered some intriguing titles...
Gaming

My formative gaming years were spent with the classic...
Reviews