If you need a SatNav you are probably thinking TomTom, and they have a GO 500 that will probably be just what you need, and we got our hands on for a review. 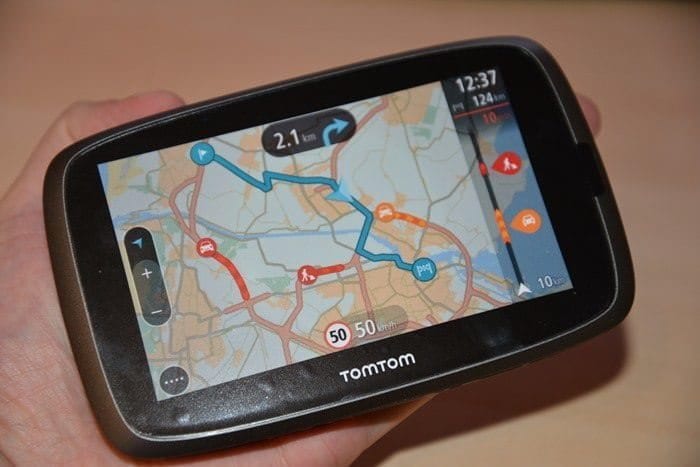 The box contains the GO 500, a windscreen mount, a USB cable and car charger and paperwork. 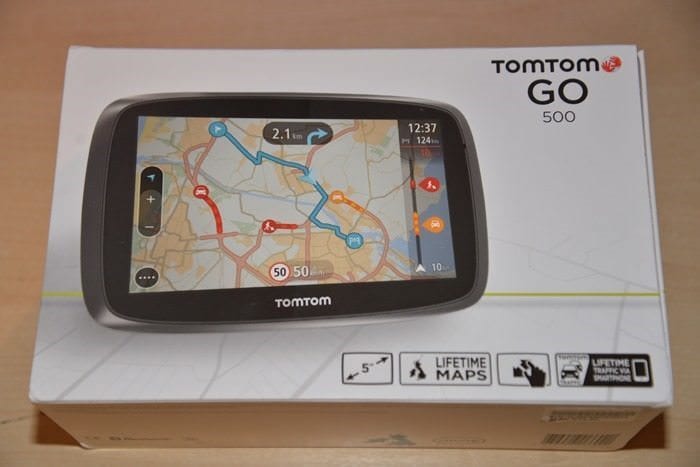 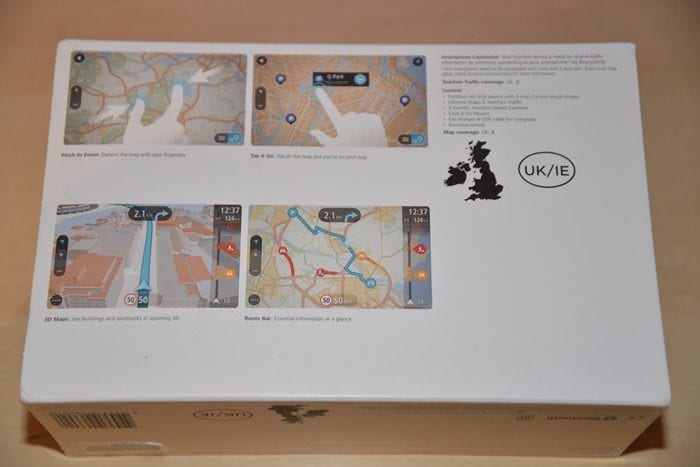 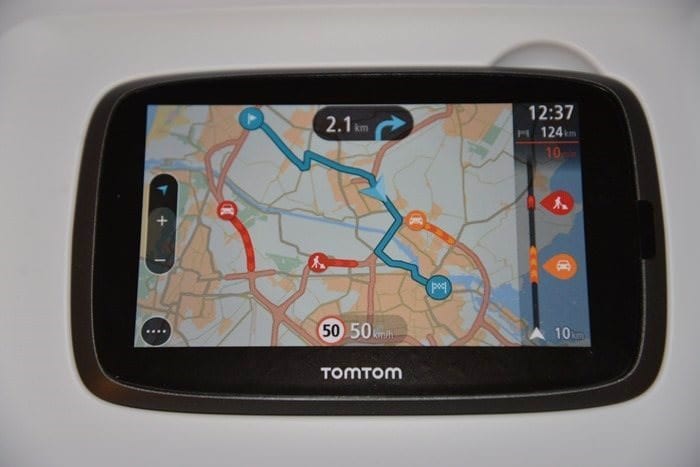 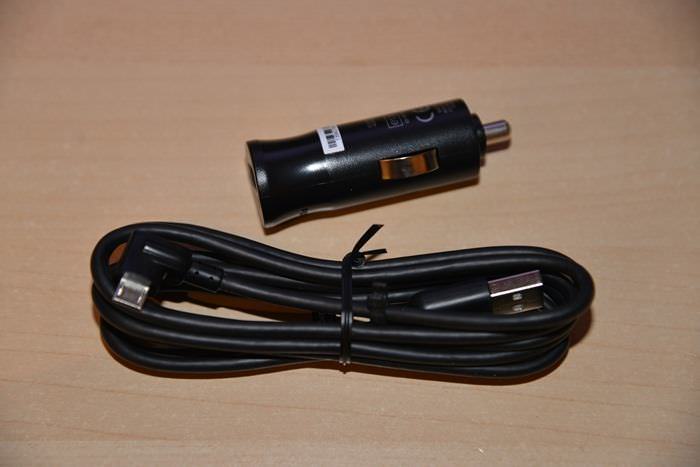 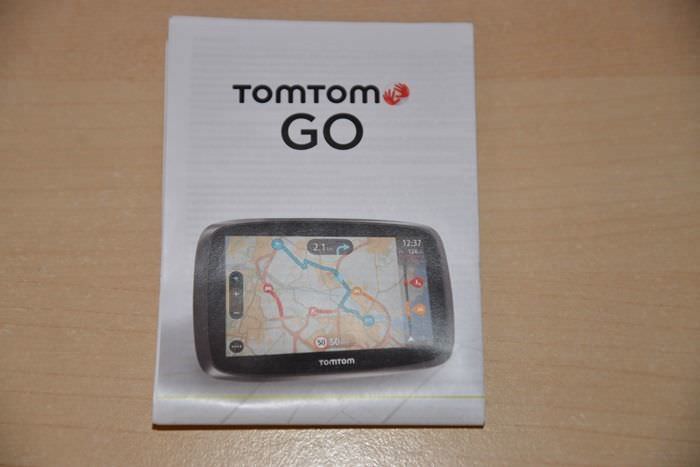 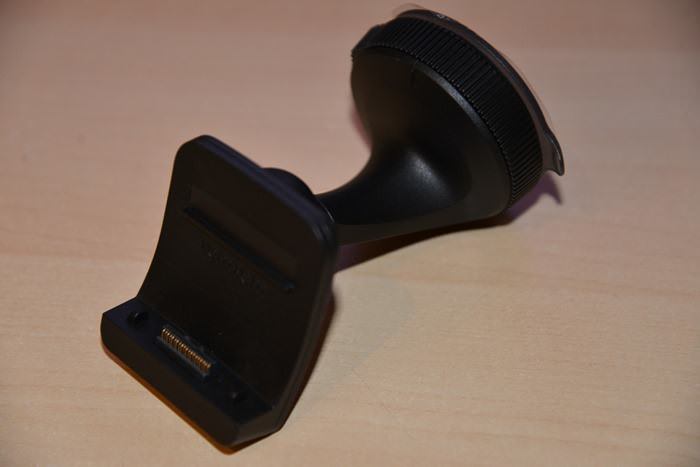 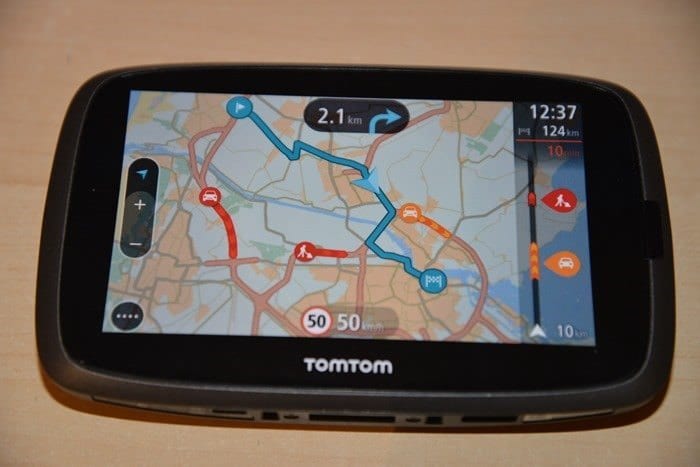 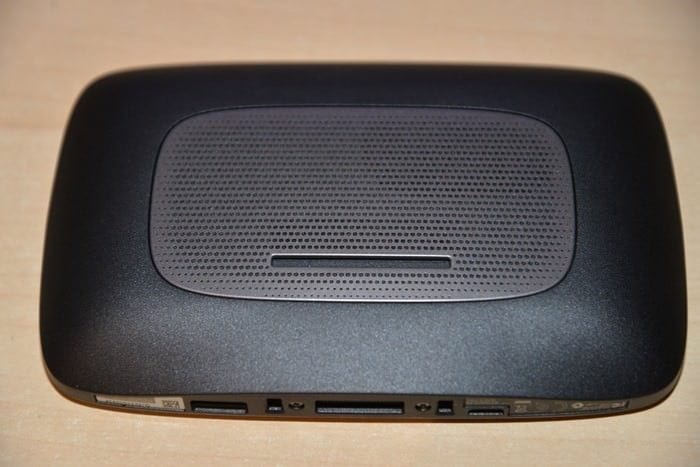 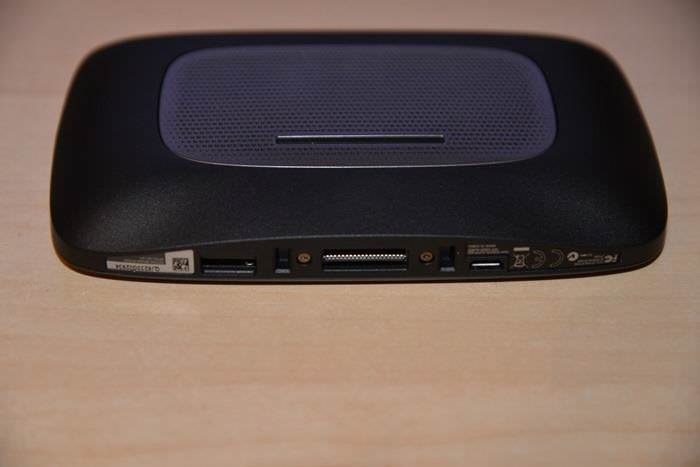 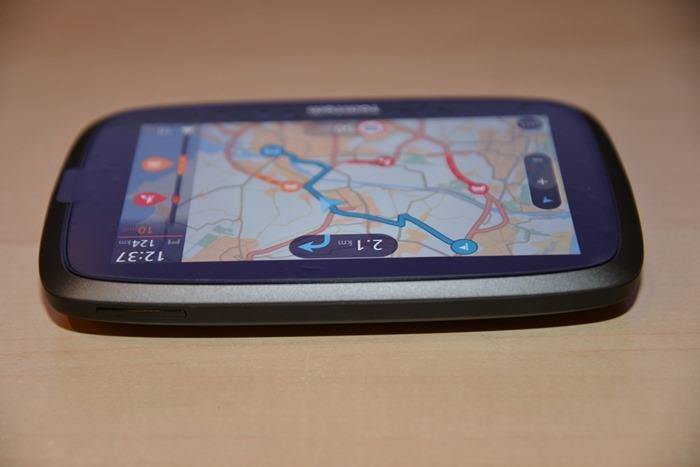 The first thing you need to do is charge up the 500, which you can easily do either in your car or from a computer – all the cables and connectors you need are provided. Once you have registered the 500 and you are ready to use it, place the mount against the windscreen and twist to lock it into place. Then you just slot the 500 into the windscreen mount, which is very secure, then you just have to position the 500 into a comfortable viewing angle. To remove the 500 you just lift it out – although for security reasons you may want to not leave the mount on the windscreen! 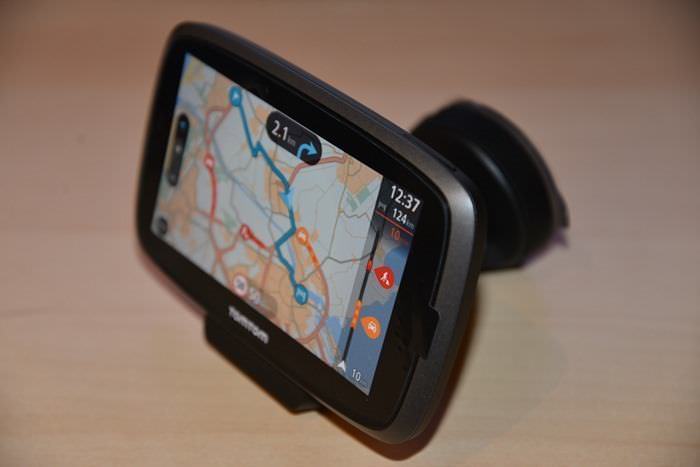 Out the box the TomTom GO 500 is about the size of a smartphone and is fairly lightweight. It is easy to setup and configure and you will be using it in no time at all.

The TomTom GO 500 also comes with both lifetime maps and lifetime traffic. The maps part alone will save you a significant amount of money over the life of the device. You can have four updates a year to the maps so I would highly recommend updating each time so you are on the latest maps. Traffic is a really useful addition – the number of times my route was diverted because of traffic problems and I didn’t need to do anything, was greatly appreciated! You also get 3 months worth of speed camera locations, so it’s up to you if you want to continue with that feature or not.

Unlike some other satnav’s, the GO 500 has an interactive map which makes it very easy to make changes and selections by just tapping somewhere on the screen. For example, if you are looking at the map and you decide you want to go to a different location show, just long-press the location and choose to add to your current route. It’s as simple as that! And because the screen has a beautiful 5 inch display, it is very clear and easy to use, which is obviously something you want on a satnav.

And talking of maps, the cities on the maps are in 3D. Now this isn’t exactly a new feature for satnavs, but the GO 500 tries to make the landmarks and locations as easy to spot as possible, and thus help you drive around those locations, and it does it very well, for example, around those locations, the roads are shown a little wider on the screen to help navigation. It may not seem like much, but it makes a lot of difference.

There is also a route bar displayed on the screen which is an aid to seeing what is coming up on the route, so for example if there were a problem later on your route, it would be displayed so that it gives you a chance to look at alternative options. This is a very useful feature as well and you will wonder how you ever drove without it!

Adding in a location is very simple as well – just start typing a location and the GO 500 starts making suggestions that could help.

All in all, I was very impressed with the TomTom GO 500 and highly recommend it as a useful addition to any car.

The TomTom GO 500 retails for around £179 but as usual look for a good deal before purchasing. And keep an eye on CDW as we will be giving this one away soon.

Andrew Edneyhttp://moviesgamesandtech.com
I am the owner and editor of this site. I have been interested in gadgets and tech since I was a little kid. I have also written a number of books on various tech subjects. I also blog for The Huffington Post and for FHM. And I am honoured to be a Microsoft MVP since January 2008 - again this year as an Xbox MVP.
Previous articleWatch the live action trailer for Destiny
Next articleBayonetta 2 launches on Wii U 24th October and more

There was something very special about watching the original...
Read more
Movies & TV

Right now most thoughts for Doctor Who Series 12...
Read more