Do you have Wi-Fi Dead spots, in your house of building fact of life with current Wi-Fi technology. If you remember when the first 11b wireless networks first entered the market it wasn’t unusual to have several routers or WAPs (wireless access points) spread around to allow users to get a signal to those dead spots around the house. 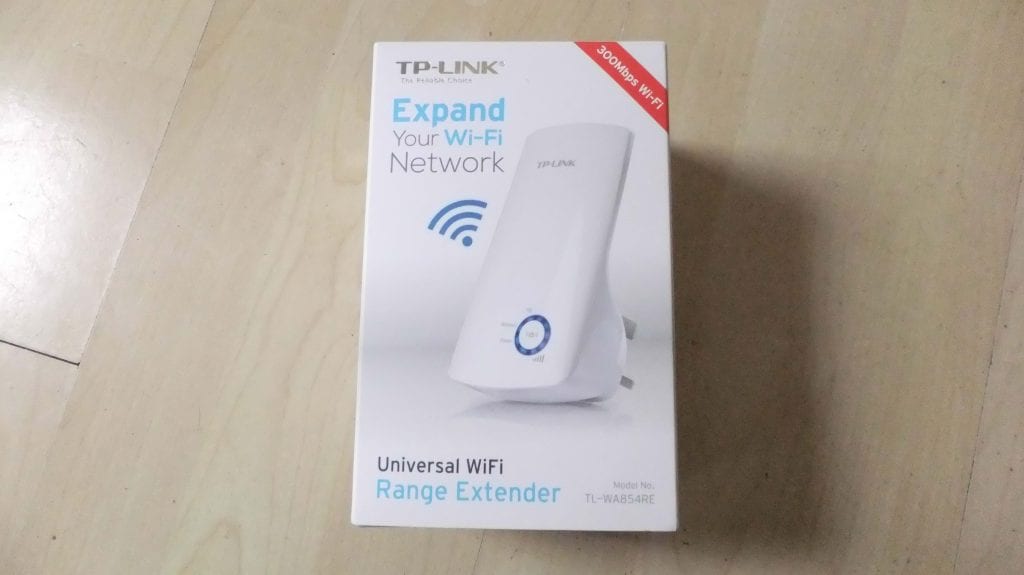 With technology that’s is always improving with each wireless revision (from 11b to 11n) the default format for almost all users is the single modem/router combination for coverage of the whole house.
This is limiting for anyone whose house lies over several stories. Or for brick or concrete walls as is the case in many blocks of flats, where bandwidth can dramatically deteriorate or vanish over even short distances.

Wireless range extenders allow you to extend the range of your wireless network and increase bandwidth to low signal areas. They do this by receiving the wireless signal of your network, and then rebroadcasting it. 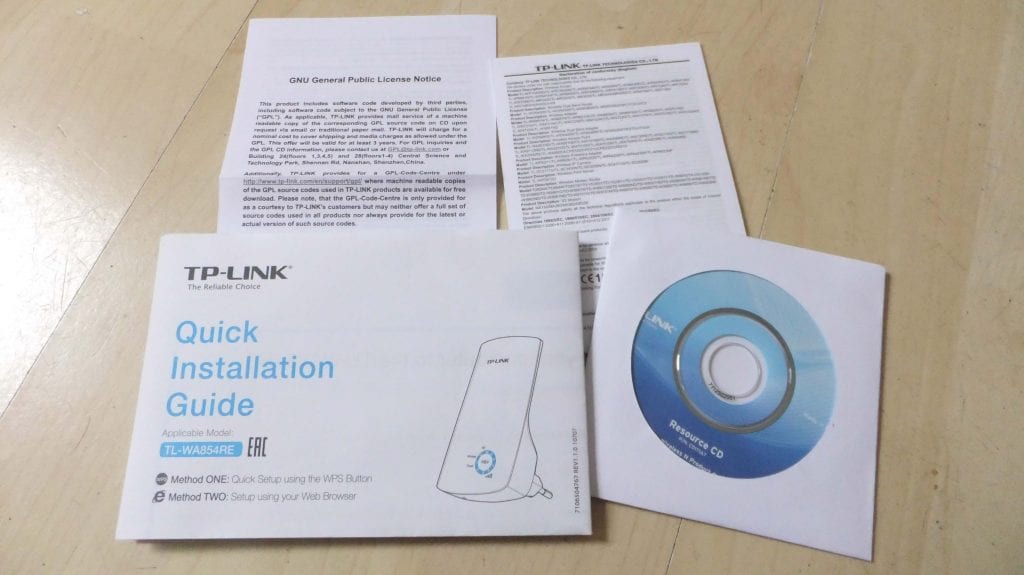 Whats in the box, you get a Quick installation guide, warranties etc and the resource CD.

The first thing you notice about it is the styling. It comes in a fetching and minimalist white box which contains an even more attractive product. 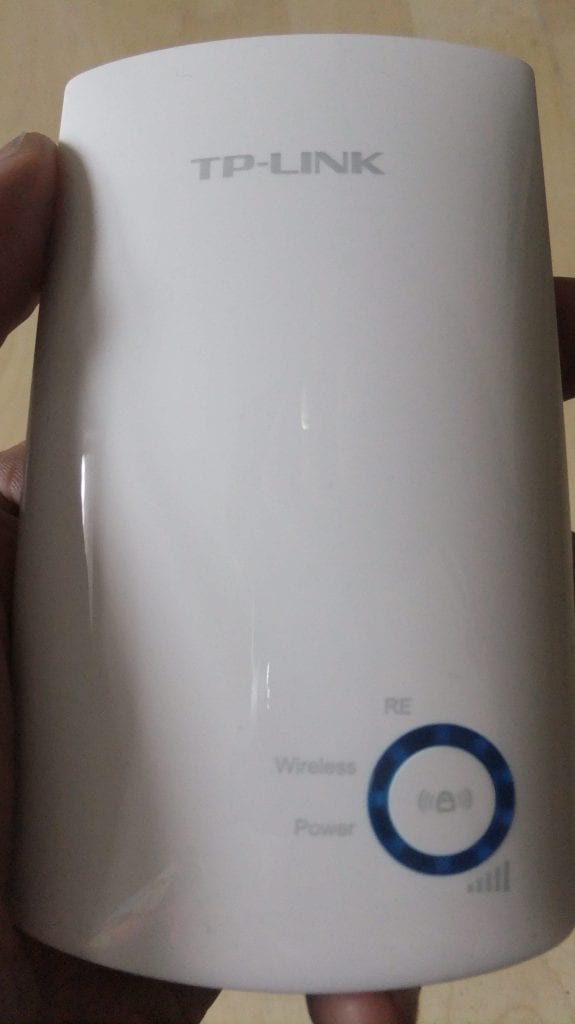 The design of the lights is also elegant, avoiding the usual flashing row of indicators for a compact circular arrangement. The plug is built directly into the back of the device which makes it very neat although you will need a power extension cable if you have a low-down skirting board site proves inappropriate.

The set up of the device is initially straightforward. You plug in the device, connect to its network SSID – handily called ‘TP-Link’ – and then follow the wizard.

The wizard simply requires you to select your existing network name, enter your password and click Finish.

Like most wireless range extenders, once set up you can unplug and move the TP-Link around the house or office and it will retain its settings. This means you could extend the network to different dead spots depending on where you are in the house, just by unplugging and moving the device.

Once connected the device includes a fairly comprehensive set of tools such as MAC Address filtering, DHCP and throughput data-rate which can be accessed via a web browser.

We tested the TL-WA854RE by placing the range extender on the stairs of my house, approximately 5 metres from the router. This was as far as was possible while maintaining a 4-out-of-5 step signal due to the occluding walls and concrete.

As a baseline we placed a laptop on the ground floor to get a baseline speed with the range extender off, we got about 75mbps from a 100mbps cabled internet connection. Then I went as far as I could go without losing the connection, the maximum I got was about 5 mbps before I lost the connection.

When I turned the TP Link TL-WA854RE Wi-Fi Extender on I could got 100 feet to the top of my garden and still have connection to the internet to stream Google music and more.

Chris Hare
A True Tech Geek at Heart, I Started my life of being a Tech Geek at the age of 5 with the BBC Micro. Went on through most of Nintendo stuff and now a Xbox and PlayStation fan. I also leaked the information about the leaked Hotmail passwords story from October 2009 that went World Wide. I Started writing tech articles at the beginning of 2011, most of my articles are about Android phones and Xbox One and PlayStation 4 and other gaming news. When Chris has free time its with the family.
Previous articleLook up to Falling Skies This October
Next articleKonami announces MGSV gamescom Preview Event

For me, The Mandalorian has been some...
Read more
Reviews