UK, take a break, spring is in full swing and it’s time to bloom! The ‘Be a Farm Hero’ campaign, championing the benefits of embracing a bite-size piece of the country life to de-stress from the chaotic city living, was launched today with a pop-up farm experience set amongst the gleaming skyscrapers of Canary Wharf. 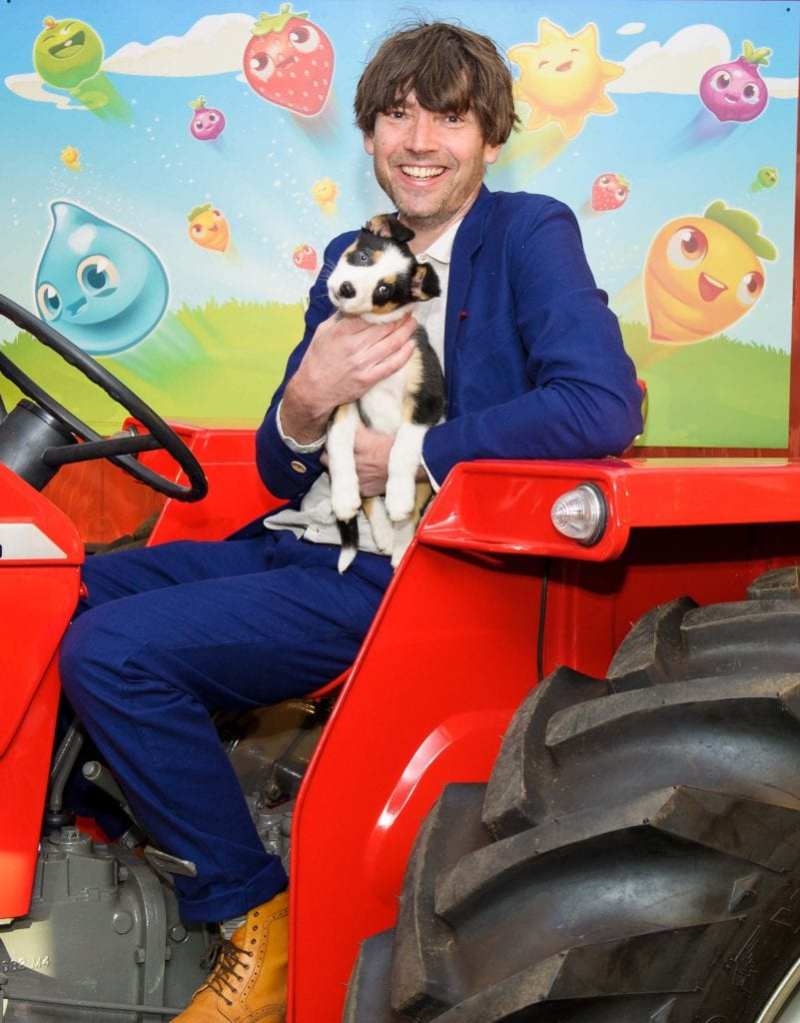 Bringing the tranquility of the countryside to the city, the ‘Be a Farm Hero’ campaign is from Farm Heroes Saga, the new match-three game from King, the creators of the phenomenally successful Candy Crush Saga.

New research findings, commissioned by Farm Heroes Saga to celebrate the game’s launch, highlighted a large proportion of urban dwellers crave the country life to relax. In response to this, Farm Heroes Saga has teamed up with Alex James, Blur bassist turned farm owner, to launch a global campaign encouraging more city dwellers to ‘Be a Farm Hero’ and try a bite-sized portion of farming as a way of switching off from busy city living.

In London’s Canary Wharf, Alex James today laid the foundations of the ‘Be a Farm Hero’ campaign, encouraging city workers to roll-up their shirt sleeves, muck in and learn some simple steps to grow their own produce, even using their office desktop space to create their very own green area. 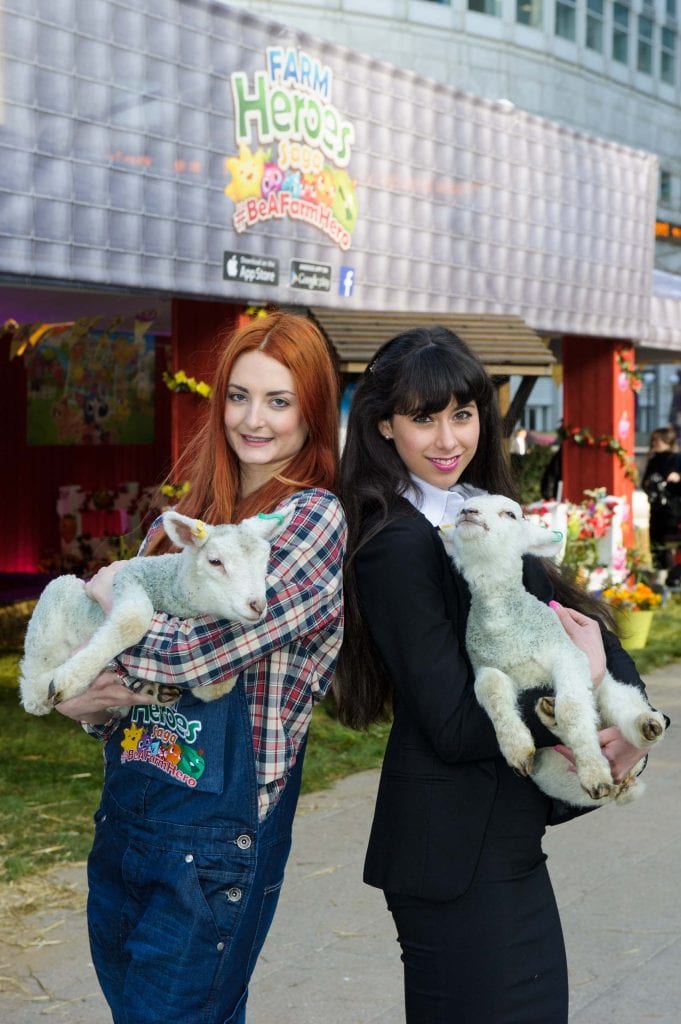 “I completely understand the lure of country life having made the switch from city living myself,” said Alex James. “The opportunity to grow your own fruit and veg shouldn’t be limited to those who live in the country. Farm Heroes Saga brings a taste of the country to the city. Urban farms are a fantastic escape from the concrete jungle and it’s been brilliant to raise a few smiles from the Suited and booted Up farm in Canary Wharf.’’

In the dedicated allotment space in the pop-up farm, the public were treated to live demonstrations, given top tips for sowing  their Cropsie seeds and learnt how easy it is to start growing, even if they don’t have a garden or windowsill. To show how growing can even work in the office space, a lucky few had their pen pots, mugs and filing trays given a special green makeover, filled with soil and seeds, to help brighten up their working day.

“Farm Heroes Saga is played by millions across the globe every day as a way to switch off  for a few minutes and have fun on their stressful city commutes” said Tommy Palm, Games Guru at King. “Always wanting to create moments of fun for our players and in response to this global research, we’re encouraging city dwellers to be Farm Heroes themselves.  It’s well known that tending to plants or vegetables can keep stress at bay and put a spring in your step, so, we’re bringing these key qualities of the game to life by encouraging urbanites to roll up their shirt sleeves and grow their own Cropsies after the well-loved characters in the game.”

Seed packets of carrots, strawberries and lettuce were handed out for people to join the campaign and start growing. At the pop-up farm it was not all grow, grow, grow, with pampering sessions on offer, including nail art with a farm-themed twist, professional therapists offering Shiatsu massages, and also a chance to meet selection of adorable farm yard animals for that authentic countryside experience – all in the middle of Canary Wharf.

The campaign comes off the back of a survey conducted by Farm Heroes Saga highlighting the extent to which people feel deprived of greenery, boxed in by their concrete jungle. More than half (52.2%) of respondents felt that lack of green areas contributed to city living stress, whilst in the capital only a third of Londoner’s (33.9%) claimed to have access to a garden, compared to over 40% nationally.

The Farm Heroes Saga team is also educating people about the opportunities to tend to their plants on their desk as the survey showed that almost half of Londoner’s (45%) forget to take breaks during their busy working days, compared to the national average of nearly one in four.

When it comes to de-stressing, nearly one third of people say that playing mobile games like Farm Heroes Saga and Candy Crush Saga helps them chill out, with a quarter saying that it gives them a brief escape from the real world.

To join the movement today and to ‘Be A Farm Hero’, head over to http://www.farmheroessaga.com/ for tips on how to grow your own produce and much more.

Chris Hare
A True Tech Geek at Heart, I Started my life of being a Tech Geek at the age of 5 with the BBC Micro. Went on through most of Nintendo stuff and now a Xbox and PlayStation fan. I also leaked the information about the leaked Hotmail passwords story from October 2009 that went World Wide. I Started writing tech articles at the beginning of 2011, most of my articles are about Android phones and Xbox One and PlayStation 4 and other gaming news. When Chris has free time its with the family.
Previous articleIs The Last of Us (Remastered) Coming to PS4 it looks like it is
Next article2K and Gearbox Software Announce Borderlands: The Pre-Sequel

Fans of Control can celebrate today with...
Read more