Trials Fusion Coming to Consoles and PC on 16th April

Ubisoft has announced a Trials Fusion release date of 16th April on Xbox One, Xbox 360, PS4 and PS3 and the PC and developed by Redlynx.

The digital download will cost £15.99, while a physical version including the base game and a season pass will be available from 18th April for PS4, Xbox One and PC. 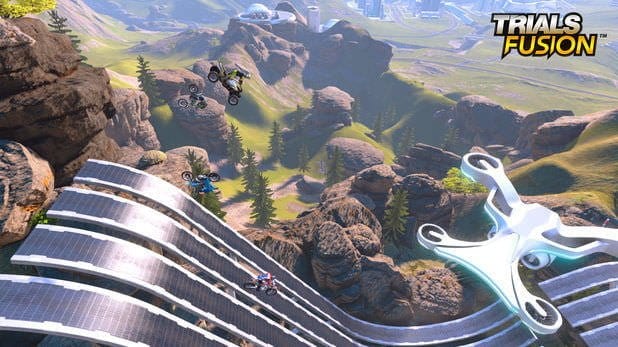 The season pass will be available separately for £15.99 and will give purchasers access six DLC packs which will be released up until April 30 2015. Packs will contain new tracks, new bike parts, new rider gear, and new items for Trials Fusion.

Chris Hare
A True Tech Geek at Heart, I Started my life of being a Tech Geek at the age of 5 with the BBC Micro. Went on through most of Nintendo stuff and now a Xbox and PlayStation fan. I also leaked the information about the leaked Hotmail passwords story from October 2009 that went World Wide. I Started writing tech articles at the beginning of 2011, most of my articles are about Android phones and Xbox One and PlayStation 4 and other gaming news. When Chris has free time its with the family.
Previous articleThe Tribez & Castlez’ Out now for iOS and Android
Next articleFirst teaser for Transformers Universe