Today Gazillion published Game Update 2.15, which adds famed X-Man Nightcrawler to the massive roster of 29 playable superheroes in Marvel Heroes!
Players can now harness the swashbuckling and acrobatic abilities of everybody’s favorite teleporting trickster to defeat the myriad villains of Marvel Heroes. Unleash Nightcrawler’s Ultimate Power, Brimstone Blitz, to instantaneously teleport and devastate all nearby enemies in a dizzying blur of attacks! 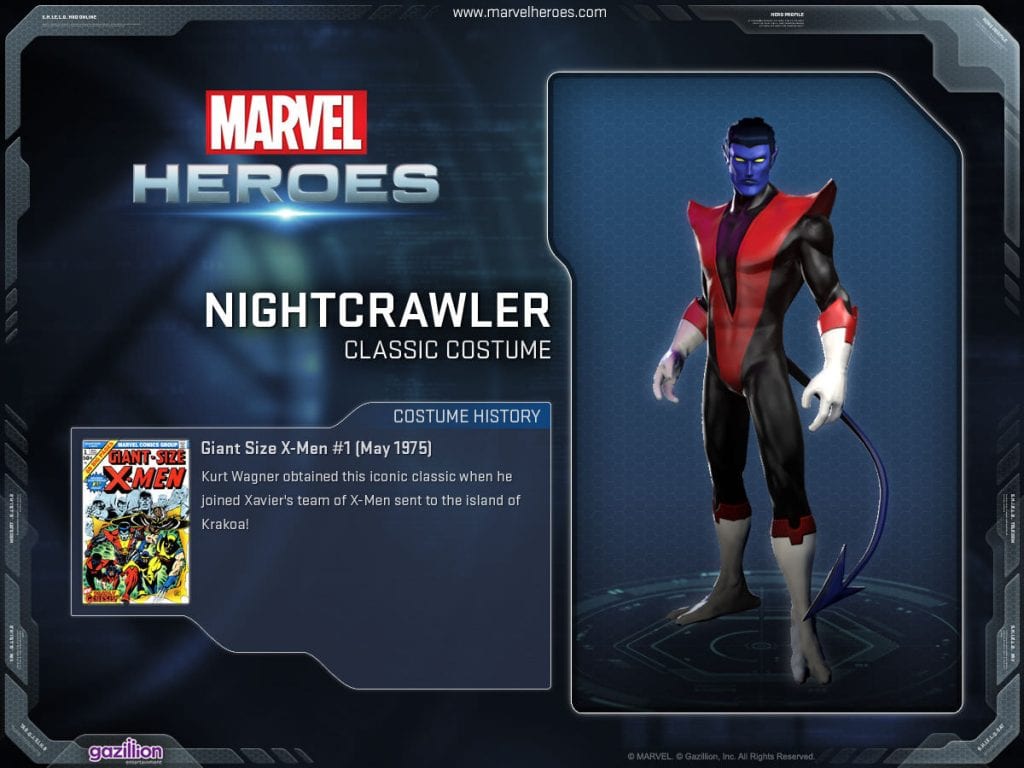 Marvel Heroes is free-to-play and features dozens of Marvel Super Heroes and Super Villains, including Spider-Man, Iron Man, Thor, Wolverine, Hulk, Loki and Captain America. All content and playable heroes can be unlocked by playing the game without cost and each hero can be further customized through unique and extensive leveling systems, power trees, item drops and a robust crafting system.

Chris Hare
A True Tech Geek at Heart, I Started my life of being a Tech Geek at the age of 5 with the BBC Micro. Went on through most of Nintendo stuff and now a Xbox and PlayStation fan. I also leaked the information about the leaked Hotmail passwords story from October 2009 that went World Wide. I Started writing tech articles at the beginning of 2011, most of my articles are about Android phones and Xbox One and PlayStation 4 and other gaming news. When Chris has free time its with the family.
Previous articleLegend of Kay on is back on PSN today
Next articleXtreamer SideWinder 4 Announced