I’m sure I’m not the only person that had a rough time on War Thunder at the start. It’s a harsh world out there and it can soon get boring to be the prey all the time. While there are certainly techniques and tactics that more advanced players can do there are a few basic ideas that I keep coming back to. So if you’re struggling or just starting out on War Thunder try and make sure you think about the following tips. They’re simple but they can really help. It’s worth noting that they only really concern Arcade mode, although they may be useful elsewhere.

Researching the offensive upgrade for your chosen plane’s weapon will allow you to equip different types of ammo. For example if your plane has 7.7mm guns research “Offensive 7.7mm”. You can then switch the type of ammo those guns will use. You will have to pay silver lions for using this ammo but it’s well worth it and almost (if not entirely) impossible to actually lose lions from a battle. The only caveat to using stealth ammo is that you get no tracers.

But it’s worth getting used to not using them because the power of Stealth Ammo is so much better than the default rounds and you’ll definitely appreciate that extra damage during a dogfight. Besides which tracer rounds seldom help that much anyway. It’s also worth noting that tracer rounds can be used both ways. You can track where your rounds are going but an enemy can use them to find you. Give stealth rounds a go and you will definitely appreciate the difference. If you don’t like them at least make sure you’re not using default ammo, there’s plenty to choose from and they’re all better than default.

It seems impossible at the start that you’re ever going to get anywhere unlocking planes. But it does happen and it’s particularly quick at the earlier tiers. I got a little bit single minded and persevered with a single nation until the later tiers where things start to slow down a lot. I wish I’d switched earlier and found out if another nation has the planes that are right for me. By the end of tier 2 I usually felt I had a decent idea of what a nation was about and it’s not too difficult to get there. Give them all a go and see who you like. You can look online but there’s no substitute for giving it a try.

It’s all so tempting when a target comes right for you and lines up your shot for you to stand your ground and fight. But there are limited outcomes to a head on fight. Admittedly one is that you win, destroy your target and fly off. But it’s rare that your enemy doesn’t think “Oh well I may as well crash into them then”. And nobody wants to get crashed into on War Thunder.

The best choice is to try your luck and get a few rounds off at long range and then pull out as flat as possible to keep your profile low. Don’t turn hard and reveal your cockpit or soft underbelly, you’ll just be making yourself an easy target. If I’m unsure of how long I’ve got to pull out I’ll do it without the shots. I’d rather miss a kill and avoid a collision than get a kill and probably die. And if you play it right you might just be able to manoeuvre yourself to get a good line of sight on the target.

At the start of a battle don’t fly straight towards the enemy. It might be where the potential kills are but if you enter the fight at the wrong angle, speed and/or altitude you’ll likely just get yourself killed, quickly. Instead at the start try gaining altitude. There’s usually a rough halfway line on the battlefield where your AAA stops and the enemy’s starts. Hang about at your side of the halfway point whilst gaining altitude until targets turn up and wait for your chance. If an enemy splits off from a pack go for them. You’ll have altitude and speed on your side and likely a much better situational awareness.

If possible always try to be aware of your surroundings. It’s a constant on most, if not all, online games but on War Thunder you’ve got extra dimensions to think about. More often than not being above the general dog-fighting will ensure you know where enemies are and reduces the chance of them attacking you. It’s particularly tricky to look behind you on the PS4 so make sure you’re not too close to everyone when you need to look around. You can’t manoeuvre well whilst looking behind you.

One thing I found difficult, and have by no means mastered yet, is to be aware of how you look from you attacker’s point of view. I see it all the time when someone is trying to escape they turn hard and reveal a huge easy target. If it’s the top of their plane their wings, tail, cockpit and possibly engines are all vulnerable. Try to think about keeping ‘flat’ so that your enemy is shooting at you edge on. It’s a much more difficult shot.

There are a lot of planes in War Thunder and it takes time to learn them all. But just a basic knowledge of what kind of plane you’re going up against helps massively. Even knowing that a certain plane is “some kind of fighter” might tell you it will likely try to dog-fight with you. If you’re in something that can’t turn too well you know to avoid direct dog-fighting if possible. If it’s a larger fighter or bomber that’s diving you probably can’t keep up. Unless it’s likely to slow down to gain altitude or avoid the ground, break off your attack.

There are plenty of moves you can pull off on War Thunder but one that I continually come back to time and time again is the lag manoeuvre . It’s a bit tricky to explain verbally so I recommend taking a look at this video by Krebs. It essentially allows you to cut of excess speed whilst maintaining a pursuit or even possibly out turn someone in a dog fight. It’s pretty easy to pull off and can be very useful.

There are plenty of descriptions on the War Thunder forums of other moves if you get more adventurous. I find videos on YouTube to be more useful because it helps to see the manoeuvre performed. Krebs is well worth checking out as well as eNtaK. 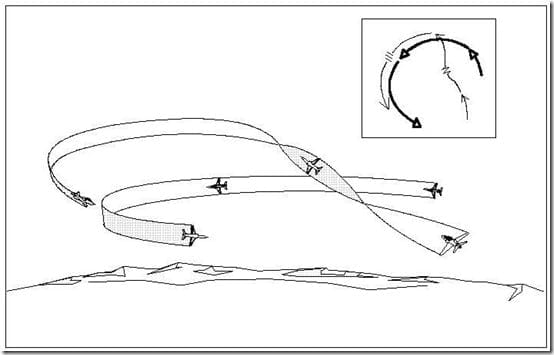 So there’s nothing complicated here at all and most people might even think it’s all very obvious. But for me these are the things that help me every time I go on War Thunder. I found getting all these basics right gives you a really good foundation for your War Thunder battles. Hopefully they’ll be of some help to someone out there. They certainly would have been for me.

phillvine
Phill has been the director of a small IT repair business since 2011 which he runs alongside studying for his degree in Information and Communication Technologies at the Open University. Video games are his real passion and they take up more of his time than he'd like to admit.
Previous articleReview of the Kingston DataTraveler Mini 3.0 USB Flash Drive
Next articleASUSTOR AS-202TE NAS Installation: Part One Basic Installation: UPDATED