So it’s Need For Speed time again. If you get the need for speed as regularly as the franchise gets a new title it’s likely you’ll be in prison. But assuming you’ve escaped or evaded the police you can just play Need For Speed Rivals instead. Not quite the same as the real thing but much, much safer. Don’t forget to buckle up and drive safe.

As soon as you’re past the game’s brief tutorial you are plunged into Redview County. Without even knowing it you will be in a lobby with a few other cops and racers all doing their respective thing. On top of the other players there will also be a fair amount of AI controlled cops and racers to bump the numbers up. 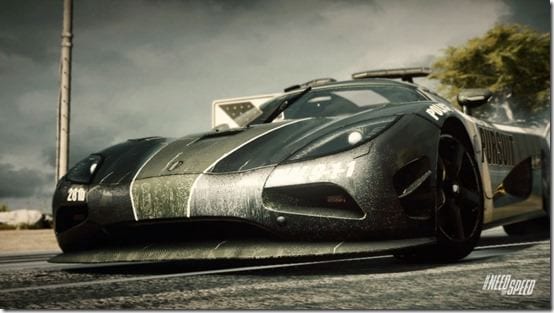 Personally I went for the cops first so obviously my first job was to chase down and generally ruin the day of any racers I could find. With the AI the world seems well populated but unfortunately if you want to go toe to toe with other players you will often find yourself driving around futilely trying to catch up to someone in a car that’s just as fast as yours.

The GPS helps as marking a player will follow them around so there’s no need to constantly re-mark someone at every intersection. But nevertheless if they have a similar car to you the distance number will just tediously lower and rise by marginal amounts. A better choice is to go to a command point, where you can select a car and take care of upgrades, view the map and then launch from the command point nearest the action. Fast travelling this way can sometimes get you in the action but not always. I love the open world with other players but most of the time I ended up achieving my objectives with AI anyway. Larger lobbies would definitely help.

The same thing can be true with Racers although  there is slightly less reliance on finding other people. But if you want to race with someone at times it’s going to be difficult to catch up. Hopefully they’ll want a race too and meet you halfway but you’re still relying on strangers for your experience. So again if you want to get things done it’s likely you’ll end up just playing with AI.

It can feel like you are essentially on a single player game with the occasional annoying host migration sessions and lag. It’s still a great idea and I love having the world populated but Rivals just feels like a half measure. There simply aren’t really enough players to make it feel like an online experience. 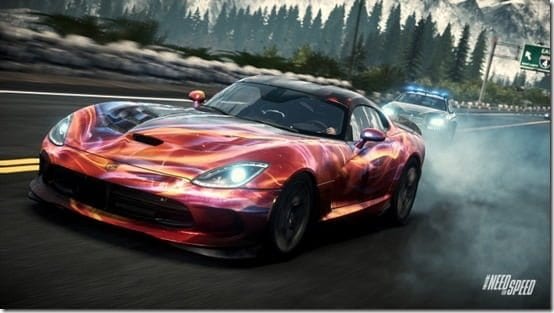 Luckily when you do get into some action, be it AI or a real person, Rivals really comes to life. Chases are exciting and you get a genuine feeling that you’re pushing your car to the limits to escape, or capture your target. The usable items such as EMP’s and spike strips are a fun touch and can make some chases less tedious because someone can actually do something. Although it can be annoying as a Cop when you realise that Racers have just as much offensive capabilities as you but it would be unfair if they didn’t. A mode with none of these ‘weapons’ would be nice though as chases often come down to who’s equipment is better.

And does anybody ever remember constantly pulling a handbrake turn and racing off in the opposite direction to evade the cops? Yeah, so does everybody else. So more often than not you will be slamming on, turning, firing an EMP and flooring it. Or trying to predict when a Racer is going to do that and hopefully not get caught out. Not easy at high speed. Sometimes it’s not so bad and at other times it’s all you’ll be doing, again largely dependant on other players.

Chases with the AI are often less tedious at the expense of less potential excitement. Which only further emphasises the single player experience over the online. The AI is surprisingly capable and can create some great moments so playing against it isn’t necessarily second place. It can be irritating when the Cop AI seems to stop you more often than the Racers but hey, we can’t have perfection now can we?

The handling is very chunky and there is a definite weight to the cars. Flashy driving and wheel spins are perhaps prioritized slightly too much and standing starts can become a little tedious but other than that the car’s are good fun to drive. Despite the fact there’s a noticeable difference between the feel of the vehicles a new car is always better than an older one. So regardless of the amount of cars available you only ever get to have a good go in half of them and as a Cop there are some you will probably never drive. Or if you do it will be just to try it. It’s alright having loads of cars to choose from but if there aren’t any actual decisions to make a lot of them are a bit pointless.

Luckily then, levelling up and acquiring new stuff is a simple case of completing a set of objective and returning to either a Safehouse or Command Centre depending on which side of the law you’re on. The objectives usually don’t take long and you can unlock loads of stuff in a reasonable session. There’s a great sense of progression that keeps you coming back for ‘just one more’.

As one of, what became, few launch titles for the PS4 Rivals is certainly good looking. Small things like leaves sweeping across the road add a lot to the overall visuals. Car models and road surfaces are well detailed. Sunsets and weather effects are gorgeous even if they are only fleeting as you speed through Redview. 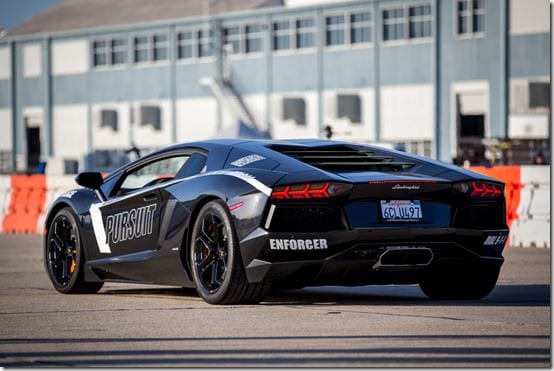 Rivals is addictive and fun enough to keep you coming back for more long into the game. The AI can be annoying when it gets in your way but for the most part it’s impressively clever and enjoyable to play against. Levelling up and choosing a side is nice and it’s always good to have the ‘Cops and Robbers’ style back to Need For Speed. Being constantly online and driving around with other people to ignore or play with at will is great although Redview really needs more players in a lobby to work at its full potential. There just aren’t enough people to ensure you get into action with real people. With larger lobbies Rivals really would have been so much better but it’s a step in the right direction and one I hope continues with future Need For Speed Titles.

phillvine
Phill has been the director of a small IT repair business since 2011 which he runs alongside studying for his degree in Information and Communication Technologies at the Open University. Video games are his real passion and they take up more of his time than he'd like to admit.
Previous articleDonkey Kong: Tropical Freeze’s Release Date Announced
Next articleNVIDIA GeForce Experience updated to version 1.8.1