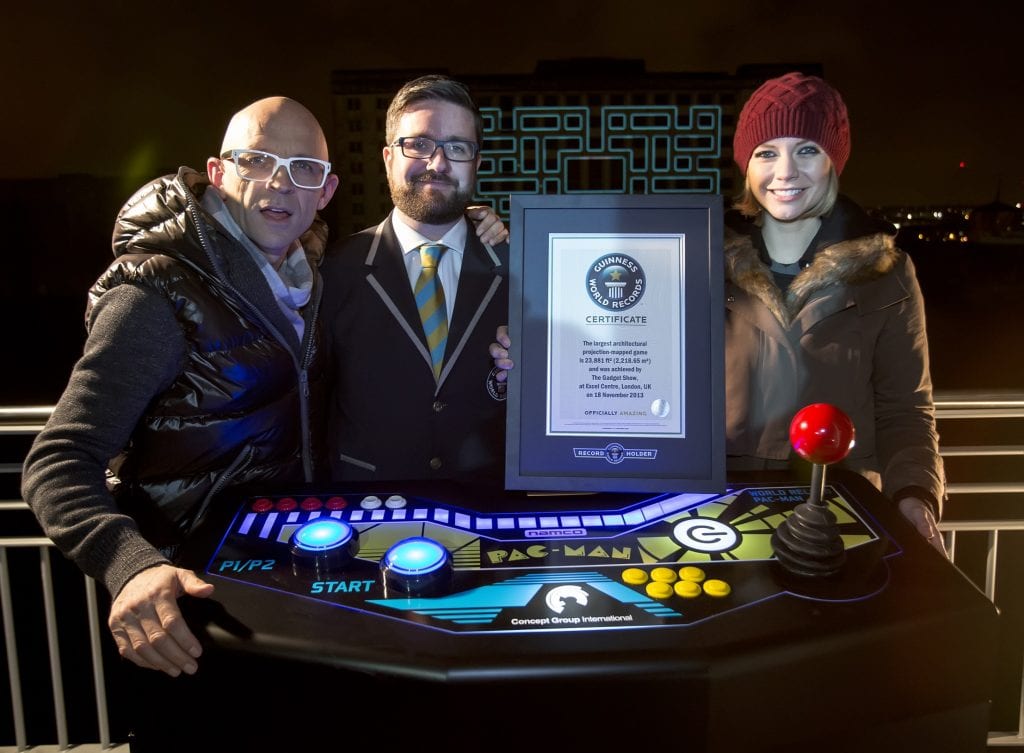 “To celebrate the 2014 launch of PAC MAN and the Ghostly Adventures, Channel 5’s The Gadget Show has broken the World Record for the largest playable game projection on London’s Victoria Dock building for its 250th episode which airs on 9th December at 8pm.” 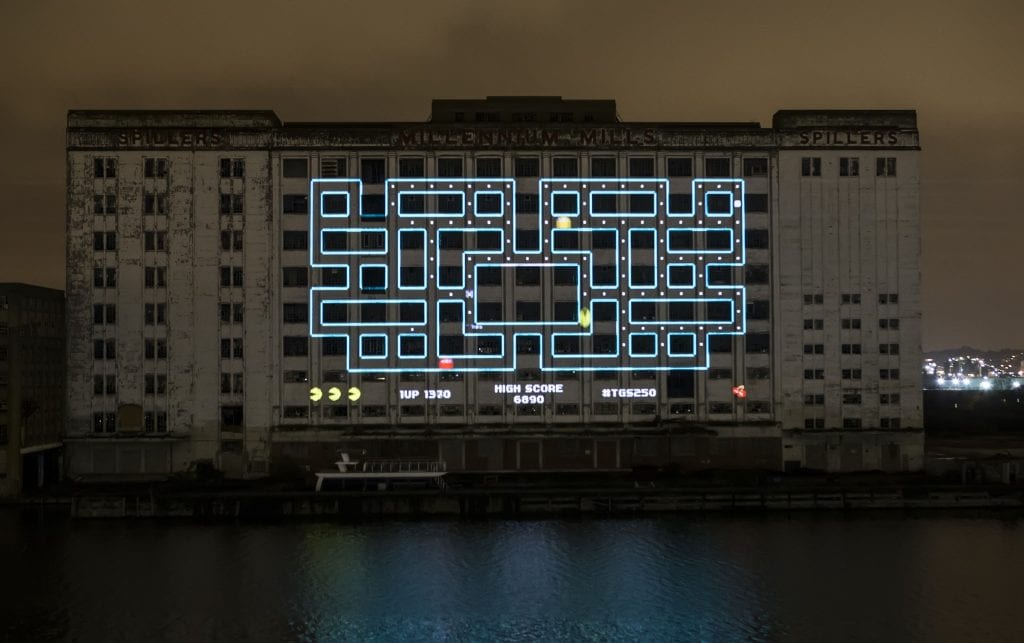 “This is another important moment in history for the biggest character in gaming. PAC-MAN has inspired a generation of people across the world”

Chris Hare
A True Tech Geek at Heart, I Started my life of being a Tech Geek at the age of 5 with the BBC Micro. Went on through most of Nintendo stuff and now a Xbox and PlayStation fan. I also leaked the information about the leaked Hotmail passwords story from October 2009 that went World Wide. I Started writing tech articles at the beginning of 2011, most of my articles are about Android phones and Xbox One and PlayStation 4 and other gaming news. When Chris has free time its with the family.
Previous articleFootballer Aaron Ramsey at the PS4 Lounge in London Today
Next articleONE PIECE PIRATE WARRIORS 2 new DLCs Out Now