It’s all too common these days. A game about a young boy and girl trapped in an unfamiliar, and rather unpleasant, world trying to figure out why their forms can only be seen in the rain. Another one of those is it?

You play as a nameless young boy who unknowingly crosses over into a different world to discover that he is invisible unless he is standing in the rain. His primary goal is to catch up to a silhouette of a girl who seems to be suffering from the same lack of visibility. Soon it becomes obvious that they are not alone as strange creatures prowl the night looking to generally cause you grief. 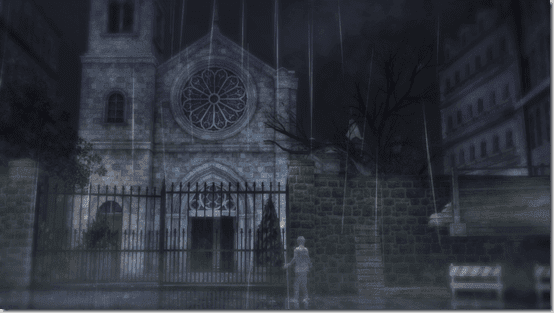 Rain has a very dark feel to it aided and brought to life by a sound track that wouldn’t sound out of place in an original Resident Evil title. In fact the game’s theme is Clair de Lune by Claude Debussy which is pretty melancholy on its own. Vulnerability caused by fear of the Unknown (no that isn’t a typo) and no combat ability at all with fixed camera angles and old school survival horror music make Rain quite chilling. The journey the two characters share becomes very involving despite the fact there isn’t a single spoken word in the entire game.

There was enough emotion to make the ending endearing but throughout most of the game focus is given to creating the haunting atmosphere. I would have liked more of the emotional side of the characters’ journey to play a bigger part earlier but the conclusion is still satisfying once that journey is over.

The actual gameplay of Rain is split between platforming, relatively simple puzzles and sneaking past evil nasty things that lurk in the Rain world. It’s quite a strange concept to get used to that if you step out of the rain you will become completely invisible, apart from a few subtle footsteps on the ground and the occasional bottle that you knock over. Before long your used to it and more often than not the game won’t ask you to use the mechanics as if you where Sam Fisher to stealth past assault rifle toting villains. 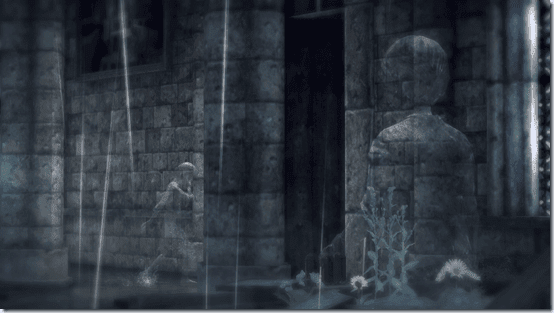 The same goes for the puzzles and platforming. You are never really required to do anything that seems to work against the game’s mechanics although sometimes you may think so. On a few occasions I found myself adamantly trying to complete a puzzle or enemy encounter the way I assumed it was supposed to be done. Every single time this happened the correct course of action turned out to be the more obvious, simple one. The real key to playing through Rain smoothly without constant retries is to just go where the camera points you and not over think a problem.

And there’s absolutely nothing wrong with that because Rain is certainly more focused on the journey and discovering what’s going on. But in that capacity I did find it unnecessary how many times I failed a puzzle because I released ‘O’ instead of holding it and had no time to retry but rather had to wait for the fail screen and retry. A game that’s so heavily centred around a story and discovery really doesn’t need to have brutally timed puzzles that only serve to cause failure and ultimately break the pace.

That’s not to say I ever spent 3 hours attempting the same puzzle and getting frustrated to the point where I tried to wring out my pad like a dish cloth. But difficulty that comes from awkward timing rather than clever puzzles is never a good thing and It just doesn’t add anything to the experience on Rain. The puzzles are quite simple but fit nicely into Rain’s pace and frankly I would have been much happier had I not had to retry once during my entire playthrough. Luckily you will spend more time enjoying the puzzles or enemy encounters than not and it certainly isn’t enough of a problem to spoil the game.

Given the intentionally limited colour palette Rain looks very good. The almost constant rain effects surprisingly never really intrude but definitely leave a mark. Subtle footsteps and rustling newspapers and dustbins react to your presence as you walk invisibly under shelter reminding you that you still exist. Rain certainly isn’t colourful but it does a very good job of not becoming boring or lifeless. 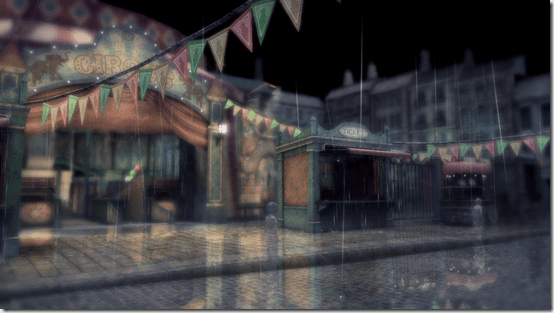 Rain is a very enjoyable platformer that explores a mysterious world and interaction between two nameless strangers trying to help one another find their way. The lack of speech somehow makes their interaction all the more poignant. A lack of emotion until the end of the game hinders Rain’s exploration of this relationship in full but overall Rain has a satisfying conclusion.

Occasionally the timing of the puzzles can be frustrating, and waiting for your companion to catch up can be tedious, but overall the gameplay is simple and effective. On occasion it feels as though the gameplay sections are in the way of the rest of the game which is a shame but again it’s not enough to spoil the real enjoyment of Rain. Definitely worth a play for anyone interested in an emotion driven platformer with an atmosphere in keeping with Limbo.

Only available on PS3

phillvine
Phill has been the director of a small IT repair business since 2011 which he runs alongside studying for his degree in Information and Communication Technologies at the Open University. Video games are his real passion and they take up more of his time than he'd like to admit.
Previous articleReview: Girl Fight
Next articleGioteck Shows Off the Headsets Range for the PS4