First Anniversary of Candy Crush Sage and Half a Billion Downloads

Today Candy Crush Saga celebrates one year to the day since its global hit game, launched on mobile devices and became one of the most successful games of all time.  To mark this anniversary, King has shared a number of incredible key milestones since the game launched and the very first details for a host of new upcoming additions. 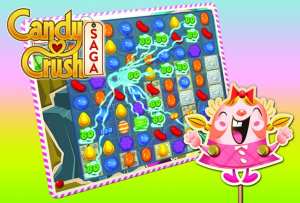 Installed over half a billion times across Facebook and mobile devices, the deliciously colourful game which challenges players to match sweets in a combination of three or more, has become a phenomenon the world over  and remains one of the most played titles across the globe.
To celebrate the anniversary, the communities’ huge achievements and to say a big thank you to all the Candy Crush fans worldwide, King will be launching a range of new updates and in-game anniversary treats over the coming weeks. 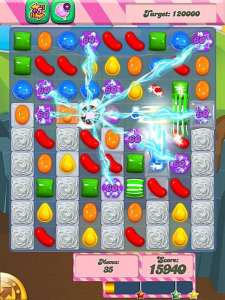 “The past year has been one of the most exciting times for King since Candy Crush Saga launched on mobile,” says Tommy Palm, Games Guru at King. “The incredible milestone of more than half a billion downloads of the game, as well as the continued enthusiasm from our community, really delights the entire King team. Fans can look forward to even more exciting new Candy Crush Saga content over the coming months, including an exciting new twist to the game.”
To mark the festivities, King has also now shared some insights into the playing trends and habits of their Candy Crush Saga fans worldwide:

Fans of the game can join the anniversary celebrations on the Candy Crush Saga Facebook and Twitter pages: #candycrush1year
Players can also download Candy Crush Saga now for free from iTunes, Google Play, Amazon Appstore or play it on Facebook.

Chris Hare
A True Tech Geek at Heart, I Started my life of being a Tech Geek at the age of 5 with the BBC Micro. Went on through most of Nintendo stuff and now a Xbox and PlayStation fan. I also leaked the information about the leaked Hotmail passwords story from October 2009 that went World Wide. I Started writing tech articles at the beginning of 2011, most of my articles are about Android phones and Xbox One and PlayStation 4 and other gaming news. When Chris has free time its with the family.
Previous articleReview: Pro Evolution Soccer 2014
Next articleMetal Gear Solid V: Ground Zeroes Gets Exclusives for PS3 & PS4

I’ve gotta say, Turrican still holds up. It’s probably one of the perfect examples of old school run and gun gameplay. It's got tons...

If Bandai Namco hadn't copyrighted the use of minigames...
Read more
Security

As you work or go on with your daily life, there is information you create or get.
Read more
Reviews

A horror logic-based puzzle game that'll keep you on the edge of your seat.
Read more