Dark Matter on Kickstarter has released New Video Demonstrating it

Interwave Studios has released a new mini-video demonstrating how light works in Dark Matter, its in-development Metroid-like, intense sci-fi side scrolling game that combines the twitch mechanics of a first person shooter with an adventure platformer. Dark Matter is on Kickstarter trying to fund £50,000 for this project. 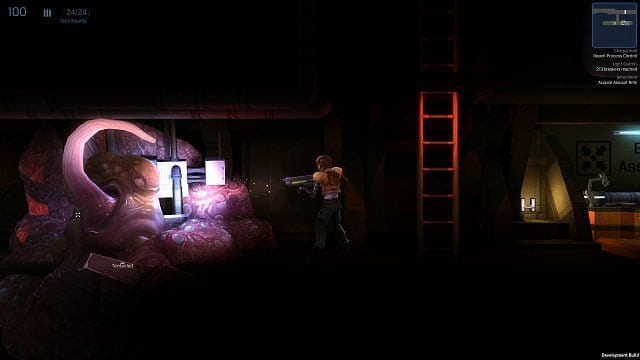 Dark Matter is a modern, tense reimagining of classic platforming action games, with a deep storyline and tactical combat.

Dark Matter is at its core a modern descendant of Metroid. It is a game driven by the same progressively unlockable level mechanics, but with a supercharged atmosphere where light and darkness play a vital role in enemy AI, and the player’s survival.

Dark Matter is a tough side scrolling action game where sometimes the best action is to know when to not attack, or when to lure an enemy into a mag-lock door, rather than rush into a room guns blazing.

Chris Hare
A True Tech Geek at Heart, I Started my life of being a Tech Geek at the age of 5 with the BBC Micro. Went on through most of Nintendo stuff and now a Xbox and PlayStation fan. I also leaked the information about the leaked Hotmail passwords story from October 2009 that went World Wide. I Started writing tech articles at the beginning of 2011, most of my articles are about Android phones and Xbox One and PlayStation 4 and other gaming news. When Chris has free time its with the family.
Previous articleExclusive interview with James C Burns (the voice of Sgt Woods from Black Ops) at E3 2013
Next articleJack Keane 2 – The Fire Within Out Now for PC