Publisher PQube, along with Milestone, one of the most recognized racing videogame developers and publishers for Xbox 360, PS3 and PC, releases today the sixth gameplay video for its upcoming Motorbike title MotoGP 13, the official MotoGP World Championship 2013 game, which will be out on 21st June 2013. This new gameplay video shows the night stage of the Grand Prix of Qatar. 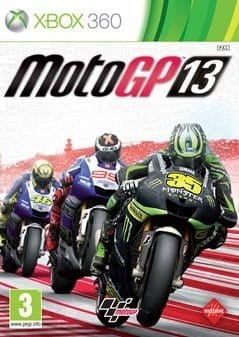 Chris Hare
A True Tech Geek at Heart, I Started my life of being a Tech Geek at the age of 5 with the BBC Micro. Went on through most of Nintendo stuff and now a Xbox and PlayStation fan. I also leaked the information about the leaked Hotmail passwords story from October 2009 that went World Wide. I Started writing tech articles at the beginning of 2011, most of my articles are about Android phones and Xbox One and PlayStation 4 and other gaming news. When Chris has free time its with the family.
Previous articleTurtle Beach Reveals Lineup for Xbox One, Activison and Marvel
Next articleMarvel Heroes Save the Mobile World with Launch of Avengers Alliance