Activision kicked-off E3 early this year with an unprecedented live telecast to fans around the world, showcasing a first look at new gameplay from the upcoming Call of Duty: Ghosts and we have four new screenshots to show off. 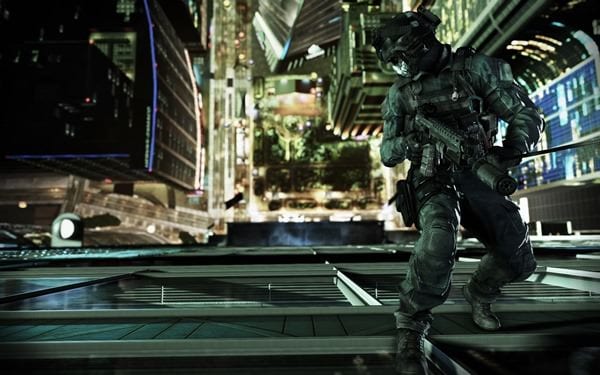 Featuring an all-new world, new story, new characters and new experiences, all powered by a new, next-gen engine, Call of Duty: Ghosts is not only a stunning leap forward for the mega-hit franchise, but also showcases what’s possible on next generation consoles. Hosted by Spike TV’s Geoff Keighley and Internet personality iJustine, the live 30-minute broadcast titled “Call of Duty: Ghosts All Access“gave fans of the worldwide phenomenon the first chance to go behind the scenes with Activision’s acclaimed studio Infinity Ward, for a look at the upcoming title two days before the start of 2013 Electronic Entertainment Expo (E3 Expo). 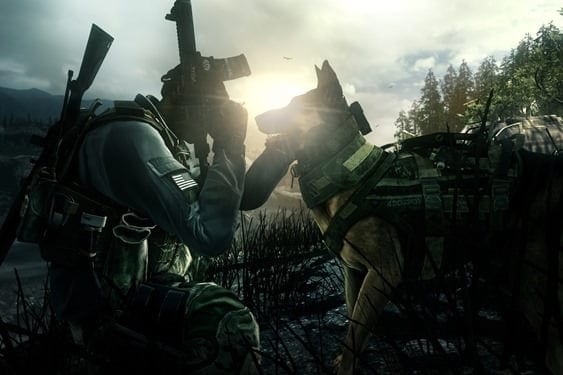 “Every year our team puts on an amazing production to showcase our games at E3, a spectacle that delivers an epic, immersive experience that takes your breath away. Yet all our fans aren’t able to be here and share in the moment,” said Activision Publishing CEO, Eric Hirshberg. “So, since our fans can’t come to E3, we’re bringing E3 to them. This year we’re making sure the Call of Duty community is first in line to see Call of Duty: Ghosts as we kick-off what’s going to be a historic week.”

Gamers saw the level “Into the Deep,” a beautiful and awe-inspiring underwater mission that pulses with lifelike realism and heart-pounding tension; “No Man’s Land,” an eerie glimpse at the aftermath of a world recovering from a catastrophic event, as well as the first chance for gamers to get their first peek at Riley, the new canine character in Call of Duty: Ghosts. The televised special, which was broadcast live on television on DirecTV, on consoles and on popular online outlets around the world, offered viewers a sneak peek at the gameplay a full two days before the industry commences its annual E3 conference. The global telecast also featured a series of interviews with members of the Infinity Ward development team, as well as Academy Award® winning writer Stephen Gaghan, who is penning the script for the new title. 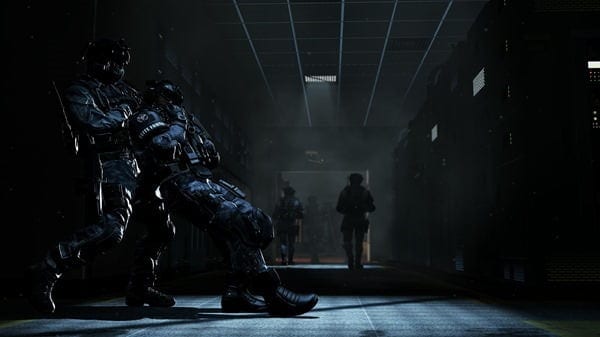 With an amazing level of attention down to the smallest detail, where each hair is noticeable on character models, scratches and bruises are apparent, and even the dirt beneath fingernails of characters are recognizable, Call of Duty: Ghosts sets a new bar of visual fidelity and near photorealism without sacrificing any performance, maintaining the hallmark of 60 frames per second-on every platform-to provide that signature Call of Duty smoothness and gameplay. 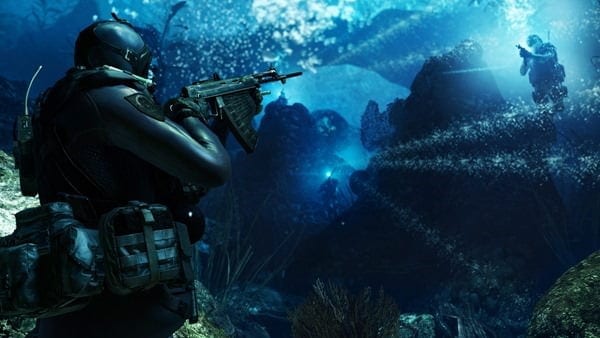 “Our new tech is allowing us to deliver an absolutely stunning next generation Call of Duty experience on Xbox One, PS4 and PC, but that’s not all. The Xbox 360 and PS3 versions will reap the benefits of our new tech as well, which we believe will make this the most striking Call of Duty game ever created, regardless of what platform our fans choose,” said Infinity Ward, executive producer, Mark Rubin.

For fans that missed the “Call of Duty: Ghosts All Access” broadcast, go to www.callofduty.com/ghosts to watch the replay.

Andrew Edneyhttps://moviesgamesandtech.com
I am the owner and editor of this site. I have been interested in gadgets and tech since I was a little kid. I have also written a number of books on various tech subjects. I also blog for The Huffington Post and for FHM. And I am honoured to be a Microsoft MVP since January 2008 - again this year as an Xbox MVP.
Previous articleForza 5 Gets E3 Teaser Video
Next articleWatch Call of Duty : Ghosts Dog In Action