Intel Corporation today introduced its ground-breaking 4th generation Intel Core Processor family delivering a wave of new Ultrabook and emerging 2-in-1 devices that deliver a PC when you need it and a tablet when you want it.

Speaking at Computex Taipei 2013, Executive Vice President Tom Kilroy said Intel has more than 50 different 2-in-1 designs in the pipeline across a range of price points, including premium Ultrabook 2-in-1s powered by the new Intel Core processors, and other designs powered by forthcoming processors based on the company’s 22nm Silvermont microarchitecture.

“Today we deliver on the vision set forth 2 years ago to reinvent the laptop with the introduction of our 4th generation Intel Core processors that were designed from the ground up for the Ultrabook and serve as the foundation for a new era of 2-in-1 computing,” said Kilroy. “We made one of the most seismic changes to our roadmap ever to build these new Core processors that deliver the stunning performance of the PC and the mobility of a tablet in one device. The new processors power the most exciting 2-in-1 designs to-date.” 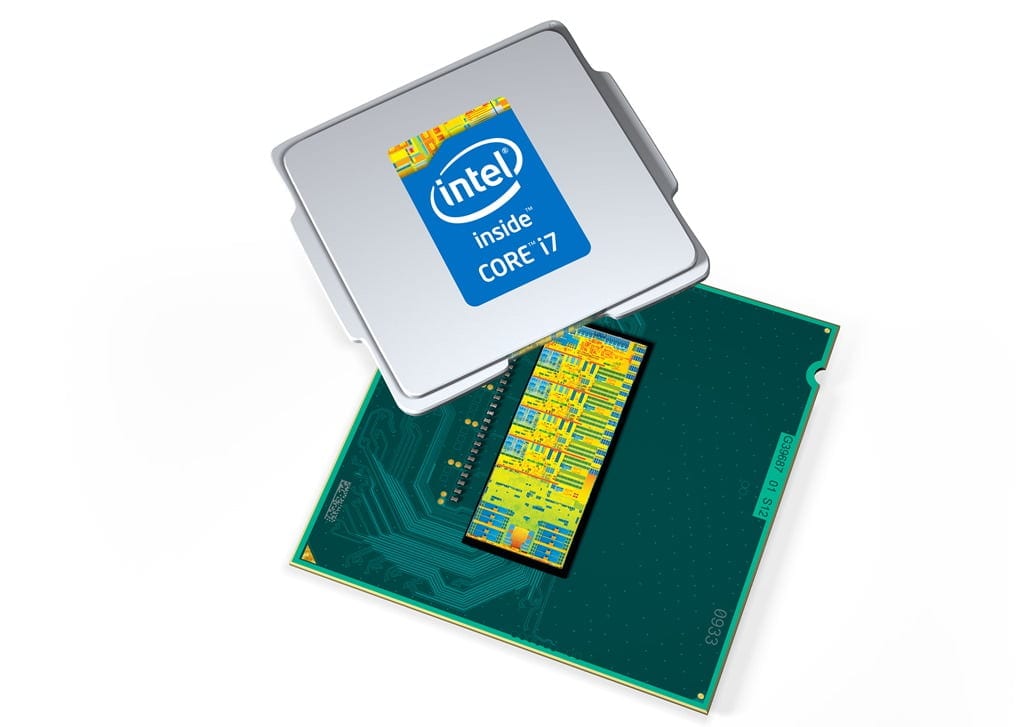 “With the new Intel Core processors introduced today, our next-generation Atom SoC for tablets and other 22nm products coming soon, the advances in Intel architecture are accelerating the pace of innovation, enabling new experiences and powering some of the best mobile devices coming to market this year,” said Kilroy.

Designed first and foremost with the Ultrabook in mind and based on the company’s flagship 22nm Haswell microarchitecture, the 4th generation Intel Core processors deliver a 50 percent increase in battery life in active workloads over the previous generation1. This is the largest generation-over-generation gain in the company’s history, equating to over 9 hours of battery life in active workloads1 for some Ultrabooks based on the new processors.

Intel’s newest Core processors are the first SoCs for PCs with stunning performance, and power a variety of innovative devices, including Ultrabook, 2-in-1 and portable all-in-one designs. Systems based on the quad-core version of the new Core processors are available now, with additional versions available in the coming months.

The 4th generation Intel Core processors also have built-in graphics that deliver discrete-level performance, or up to 2 times the performance of Intel’s prior generation. Offered on select versions of the new Intel Core processors, Intel® Iris™ graphics bring the Ultrabook and other mobile PCs to life with built-in, eye-popping visual experiences.

Select Ultrabooks powered by 4th generation Intel Core processors will deliver the Intel performance people expect combined with the mobility and responsiveness of a tablet, making them the premium, ultra-versatile 2-in-1 devices. With touch capability and a keyboard, the system adapts to the user and also offers full application compatibility. People can lean forward to work and lean back to relax using just one device.

Kilroy also showcased progress in bringing human-like senses to 2-in-1 and other Intel-based devices through the addition of touch, voice and facial recognition and other technologies. Called perceptual computing, these technologies take advantage of Intel processing power to make interaction with devices natural, intuitive and immersive.

He demonstrated immersive, short-range gesture and voice-based interaction by giving new Intel Core-based Ultrabook 2-in-1 devices “eyes” with the Creative Senz3D* peripheral camera, noting general availability for the camera starting next quarter. Looking to the future, he said Intel is working on an integrated solution to build 3-D depth camera technology directly into future Intel-based devices targeted for the second half of 2014.

Intel’s 22nm low-power, high-performance Silvermont microarchitecture is enabling the company to accelerate and significantly enhance its tablet and smartphone offerings.

For tablets on shelves for holiday 2013, Intel’s next-generation, 22nm quad-core Atom SoC (“Bay Trail-T”) will deliver superior graphics and more than two times the CPU performance of the current generation. It will also enable sleek designs with 8 or more hours2 of battery life and weeks of standby, as well as support Android and Windows 8.1.

For the first time, Kilroy demonstrated Intel’s 4G LTE multimode solution in conjunction with the next-generation 22nm quad-core Atom SoC for tablets. The Intel® XMM 7160 is one of the world’s smallest3 and lowest-power multimode-multiband LTE solutions and will support global LTE roaming in a single SKU.

With a number of phones with Intel silicon inside having shipped across more than 30 countries, Kilroy previewed what’s coming. He showed for the first time a smartphone reference design platform based on “Merrifield,” Intel’s next-generation 22nm Atom SoC for smartphones that will deliver increased performance and battery life. The platform includes an integrated sensor hub for personalized services, as well as capabilities for data, device and privacy protection. 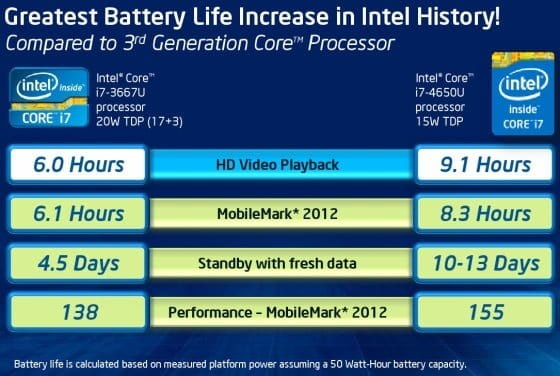 So with the new Intel Haswell you will get more from your battery life, better performance overall on the new device using a Haswell CPU.

So in brief the Haswell chips will enable hardware developers to produce thinner laptops and two-in-one devices that run for longer and use significantly less battery power.

Intel says that the chips use CPU cores that require just six watts of scenario design power, meaning that they will run on “cooler, quieter, fanless” computers.

The new processor is said to offer a 15% performance boost over its predecessor, Ivy Bridge, as well as a 50% increase in active-use battery life and up to three times more standby time.

The integration of a new GPU dubbed Iris will offer twice the level of performance during complex tasks, such as 3D gaming or encoding HD video, eliminating the need for a separate graphics card in many cases.

Chris Hare
A True Tech Geek at Heart, I Started my life of being a Tech Geek at the age of 5 with the BBC Micro. Went on through most of Nintendo stuff and now a Xbox and PlayStation fan. I also leaked the information about the leaked Hotmail passwords story from October 2009 that went World Wide. I Started writing tech articles at the beginning of 2011, most of my articles are about Android phones and Xbox One and PlayStation 4 and other gaming news. When Chris has free time its with the family.
Previous articleMicrosoft Are Ready With Halo 5, Fable 4 and Banjo-Kazooie for E3
Next article‘Defiance’ Plague Crossover Event Goes Live Are You Ready