Call of Duty: Ghosts has received what appears to be its own teaser site ahead of this week’s alleged reveal. Visitors to the Call of Duty website are being redirected to a page featuring an image of a ghostly face.

Closer inspection reveals that the face is made up of many smaller images of fans who have connected with the site via social media. 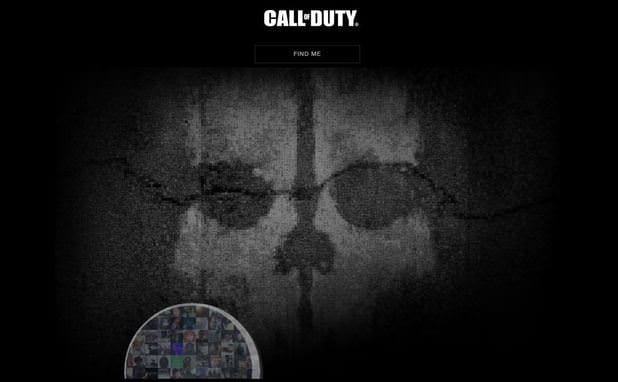 Call of Duty: Ghosts box artwork was recently leaked by Tesco, as well as information about its next-generation game engine and release date.

Infinity Ward is believed to be developing the title for PlayStation 3, Xbox 360, next-generation consoles and PC.

Call of Duty: Ghosts will allegedly take place in the future, but utilise current technology and weapons in line with a “major plot event”.

The single-player campaign is said to include more destructible environments, with multiplayer maps featuring interactive areas and traps.

Activision is expected to unveil the game on 1st May.

Chris Hare
A True Tech Geek at Heart, I Started my life of being a Tech Geek at the age of 5 with the BBC Micro. Went on through most of Nintendo stuff and now a Xbox and PlayStation fan. I also leaked the information about the leaked Hotmail passwords story from October 2009 that went World Wide. I Started writing tech articles at the beginning of 2011, most of my articles are about Android phones and Xbox One and PlayStation 4 and other gaming news. When Chris has free time its with the family.
Previous articleApp Update: TomTom for iOS updated to version 1.14, bringing map updates and more
Next articleIs Respawn Entertainment First Title a Xbox 720 Exclusive?