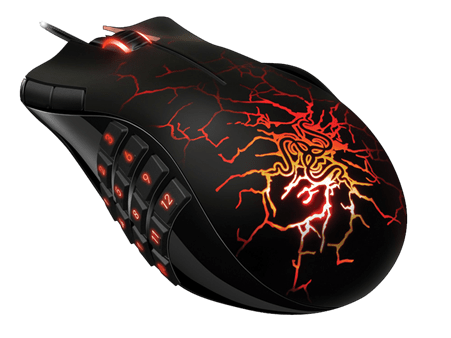 If you play a lot of MMO games then you might want to consider using the Naga Molten Special Edition Gaming Mouse from Razer – and here is our two minute review.

Razer is more than just the world’s leading brand in gaming.

We were founded in 1998 in San Diego, California by our CEO Min-Liang Tan and our President Robert “Razerguy” Krakoff in a tiny shared office with a couple other gamers. We have grown today to hundreds of employees worldwide with offices in nine cities, including San Francisco, Hamburg, Seoul, Shanghai and Singapore.

Our vision from the very beginning was to be the world’s greatest gaming brand and we’ve set out to achieve that by designing the best gaming products that any gamer has ever seen.

The box contains the mouse and various manuals. 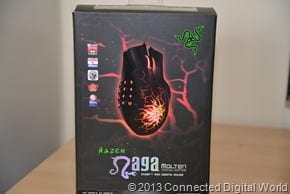 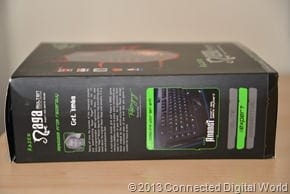 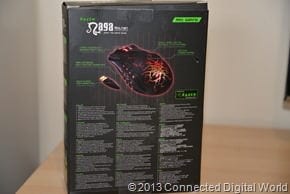 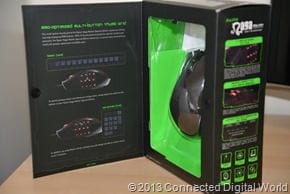 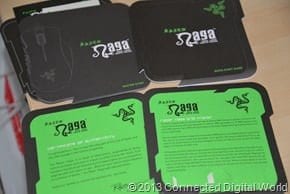 Effortlessly access more abilities and macros than ever before with 17 mouse buttons including the revolutionary Razer Naga thumb grid. The Razer Naga Molten Special Edition’s driver software allows you to easily organize your key binds and character abilities for any game by enabling you to fully remap and assign macros to all 17 buttons.

When playing MMO games, often speed is of the essence. You only have a second to cast that protection spell, or perform a certain task, and trying to remember which key sequence to press can often mean the difference between life and death. The Naga has 17 programmable buttons to give even the most hard-core MMO gamer that extra edge.

Using the mouse does take a little getting used to – after all you don’t want to press the wrong button, so it’s worth practising a little before you storm that dungeon.

The mouse felt comfortable to use – even after a few hours of play I was happy to carry on playing.

Razer also provide add-on’s for both Warhammer and World Of Warcraft which make it very easy to configure the mouse without very much effort at all.

If you play a lot of MMO games, and you need that edge then the Razer Naga Molten Special Edition Gaming Mouse is the one for you – just take the time to set it up just how you want it and then practice, practice, practice.

Andrew Edneyhttps://moviesgamesandtech.com
I am the owner and editor of this site. I have been interested in gadgets and tech since I was a little kid. I have also written a number of books on various tech subjects. I also blog for The Huffington Post and for FHM. And I am honoured to be a Microsoft MVP since January 2008 - again this year as an Xbox MVP.
Previous articleNew Wii U System Update Now Live, adds faster load times and more
Next articleLEGO Batman: DC Super Heroes available now on iOS