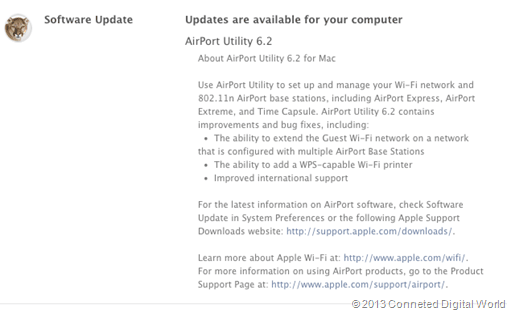 Apple has just released an update for its AirPort Utility, taking it to version 6.2.

Andrew Edneyhttps://moviesgamesandtech.com
I am the owner and editor of this site. I have been interested in gadgets and tech since I was a little kid. I have also written a number of books on various tech subjects. I also blog for The Huffington Post and for FHM. And I am honoured to be a Microsoft MVP since January 2008 - again this year as an Xbox MVP.
Previous articleDigital Camera Raw Compatibility Update 4.04 released by Apple
Next articleDead Space A Journey Through Terror Part 3 of 4 Core Gameplay Features