Skylanders Swap Force is the next title in the hugely popular Skylanders series, and one can’t help but think this is a pretty big  year for the toys-to-life franchise – especially with challenger Disney  Infinity on the horizon.

But if this sequel has shown anything, though, it’s that developer Vicarious Visions aren’t taking anything for granted.

Introducing a  brand new inventive type of Skylander – which requires players to own a newer  and more technologically advanced portal – Swap Force seems intent on  evolving the gameplay of the series more significantly than Skylanders Giants did. 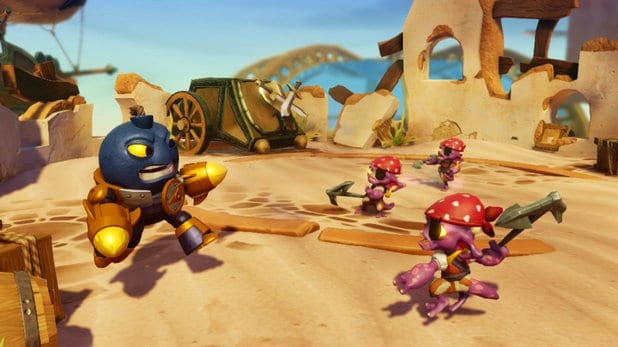 Each Swap Force character comes with a  detachable top and bottom half which will allow players to mix and match  different abilities. For instance, Washbuckler – a new water type – is an  octopus pirate who can attack with a cutlass, tentacles or ink.

However,  he’s also fairly slow. On the other hand, Magnacharge – a tech type built of  magnets – is nimble thanks to his speed wheel.

There are a total  of 256 different combinations from mixing all of the Swap Force Skylanders. 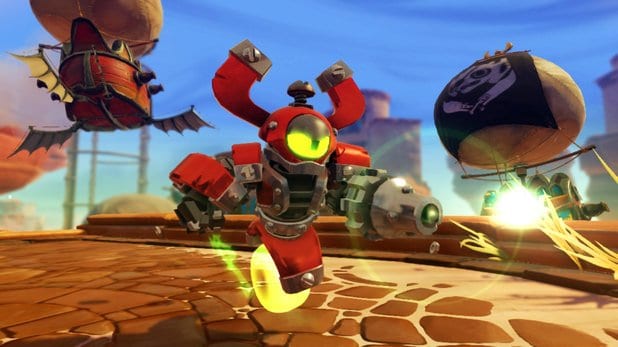 An upgraded Portal of Power

However, the new Swap Force Skylanders come at a cost, as they’re only  compatible with a new, prettier-looking portal.

All of the existing Skylanders toys are compatible with the  upgraded portal, but Swap Force cannot be played with the older model.  All game bundles will come with the new portal. 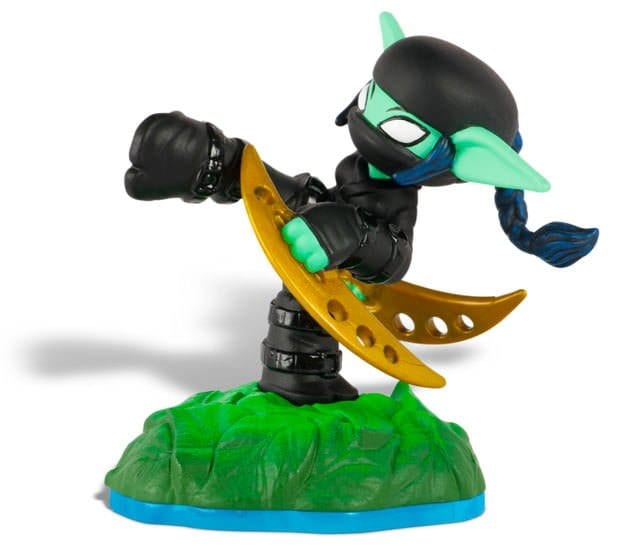 Mixing things up with swap zones

In the past, Skylanders levels have been littered with bonus areas  inaccessible unless you had a Skylander of an elemental type. Having a Trigger  Happy or Drobot, for example, grants you access to all tech areas. Swap  Force adds a new layer to that concept with swap zones.

Each bottom  half of a Swap Force character will come with one of eight added abilities,  which they can use to reach a unique gameplay area.

Activating a ‘rocket  zone’ lets a rocket-powered Skylander engage in a special segment where it must  fly through a series of rings before time runs out. Elsewhere, Washbuckler has  the ability to climb, while Magnacharge’s pace allows him to tackle ‘speed  zones’. 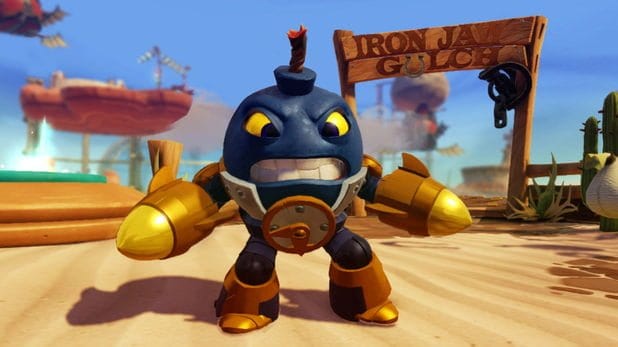 The new jump mechanic
The other significant evolution to the core gameplay is that now Skylanders can  jump. This applies to all characters, old and new, but Vicarious Visions are  being coy about how much it will affect level design. 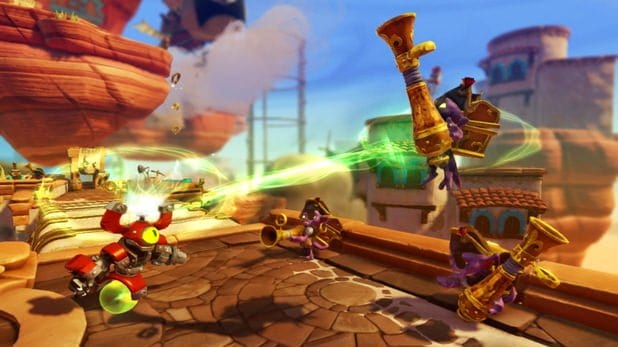 How will it fare against Disney Infinity?

As for the threat of Disney Infinity, Vicarious Visions don’t appear too concerned, and is  instead more focused on doing its own thing.

“If you have a good idea  there will be competition, and at the end of the day, consumers benefit from  that,” Bala stated.

There’s no reason to doubt that from what we were  shown. Swap Force still exudes the same charm its predecessors boasted,  but on both an artistic and technical level, it looks better and more vibrant  than ever. On top of the 16 Swap Force characters, there will also be another 16  core Skylanders available.

A lot of effort is going into the franchise’s  third retail title, and it’s building on what made Skylanders great in  the first place. Series fans can expect another enjoyable and magical-feeling  game when Swap Force hits store shelves later this year.

Chris Hare
A True Tech Geek at Heart, I Started my life of being a Tech Geek at the age of 5 with the BBC Micro. Went on through most of Nintendo stuff and now a Xbox and PlayStation fan. I also leaked the information about the leaked Hotmail passwords story from October 2009 that went World Wide. I Started writing tech articles at the beginning of 2011, most of my articles are about Android phones and Xbox One and PlayStation 4 and other gaming news. When Chris has free time its with the family.
Previous articleCrusader Kings II : The Old Gods expansion announced
Next articleDell Announces Deal to Go Private