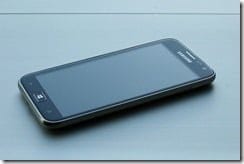 Microsoft today announced the first Windows Phone 8 handset, the Samsung ATIV S.  Here is some of what Microsoft announced:

Inside the crazy-thin 8.7mm brushed aluminum chassis is a huge 4.8” HD Super AMOLED display made from Corning Gorilla Glass 2 (read: tough to break, but still light)and a rundown of killer specs: 1.5Ghz dual-core processor, 1GB of onboard RAM, and an 8MP autofocus rear camera and 1.9MP front-facing camera. You’ll have the choice of two storage capacities – 16GB or 32GB – and both models have a MicroSD slot for expanded storage. Backing all of this up is a massive 2300mAh battery to keep you rocking all day.

Samsung did a heck of a job packing the latest and greatest tech into the ATIV S, but what’s even more impressive is how great the phone feels when you pick it up. Despite having a 4.8” display, which makes the ATIV S one of the bigger phones on the market, it doesn’t feel that big. I attribute that to three things. The first is that the ATIV S is impossibly thin – obvious, yes – but still important. The second is more subtle; Samsung made the bezel of the ATIV S an oblong hemisphere (hello, Art History degree, I missed you). In English that means that the bezel actually bulges out slightly, then tapers more acutely to the back. This makes the ATIV extremely comfortable to hold and keeps your fingers off the screen when it’s in your hand (smart!).

The third, and in my opinion most important, is weight and balance. When designing a handheld device engineers walk a fine line – too light and the device feels cheap, too heavy and it’s cumbersome. Samsung’s ATIV S walks this tightrope with ease; it’s solid but not heavy, and it’s perfectly balanced so your hand doesn’t get fatigued. I’ve been using mine for a few days and not once did I have to do to the “I-need-to-put-this-thing-down-and-shake-out-my-hand-because-my-fingers-are-going-numb” thing.

The ATIV S is flat-out beautiful, and it has the guts to match. But what’s impressed me most about the ATIV S is Samsung’s attention to detail. To get to your Start screen, you hit a raised physical Windows button, not a capacitive one. The speaker bar on the front and the back, as well as all of the buttons, are aluminum, not plastic. And the display glass has just the slightest of rounded edges. It all adds up to a device that looks great, feels great, and performs great.

Here are some of the photos that Microsoft published… 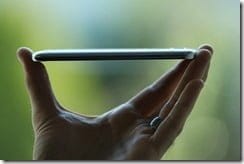 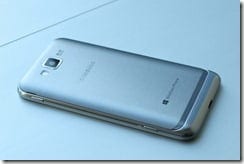 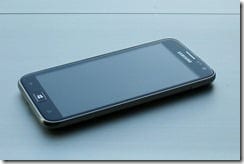 Andrew is on the ground in Berlin at IFA, and here’s hoping that he can get some more data like radios supported, carrier support, world phone capability, etc.  This looks like a great WP8 flagship from Samsung and is very good news!

In association with JAZZ RE:FRESHED and MQA, Bluesound is thrilled to present JAZZ RE:FEST ONLINE 2020. JAZZ RE:FEST is the annually sold-out showcase of the UK’s hottest new jazz acts, and this year promises to be one for the books as the festival is going virtual for the very first time!
Read more
Digital Home

Here is our review of the latest Livescribe Smartpen, the Symphony.
Read more
Reviews

The HONOR Router 3 was just announced, and here is our review.
Read more
Digital Home

Here is our review of the Shark Cordless Handheld Vacuum Cleaner.
Read more