Microsoft announced a new beta for XBOX Live, and they opened and closed sign-ups already.  Read on for details. 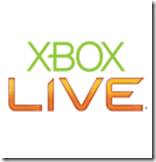 Microsoft announced a new beta program for XBOX LIve,, and opened up registrations.  The program appears to be full, but keep checking back to see if they admit more testers.  Here is the blog post:

With our work on the updated dashboard underway, we’re ready to announce an open call for all Xbox LIVE subscribers to participate in the 2012 Xbox LIVE Update Public Beta.

We need members of our valued community to help us fine-tune this early build of Xbox LIVE. What do you love? What would you like to see improved?

Numbers are limited, so sign up today. If you’re selected as a tester, an update will be pushed to your console once the public beta kicks off. The update will contain select dashboard features, including:

If you would like to participate, please register for the 2012 Xbox LIVE Update Public Beta here.

You will be required to agree to a non-disclosure agreement (NDA) for confidentiality reasons.

We also ask that you fill out a brief 5-minute survey at the end of the beta, to let us know what you think.

The 2012 Xbox LIVE Update Public Beta is a great opportunity to help the Xbox team by providing early feedback to make Xbox even better.

Thanks for your participation and enjoy!

I missed signing up, so here’s hoping that they add testers.

Jim McCarthy
My tech interests include WHS, media streaming, and gaming, among others!
Previous articleRaxco Announces that PerfectDisk V 12.5 Will Support Windows 8
Next articleApp Update: Sky Sports for iPad updated to version 3.1