Nintendo demonstrated the final Wii U controllers and Miiverse universe functionality.  Read on for details.

Nintendo held a pre-event announcement event from E3 in Los Angeles yesterday.  They went into some details of their upcoming Wii U system, showing a final release version of the Gamepad touchscreen controller, announcing a new Xbox-style controller, and new social networking capabilities that will be built into Wii U.

Nintendo showed a beta version of the Gamepad detachable tablet-like controller back at CES.  Nintendo has now finalized the design, upgrading the analog controls to joysticks and increasing the size somewhat.  Nintendo demonstrated a TV remote control application for the Gamepad, in addition to showing the second screen interacting with the game system.  The tablet-like Gamepad controller promises to be the key element to gaming with Wii U.

Miiverse is a new screen that shows global users’ Mii avatars grouping around games that they are playing.  You can click on avatars to initiate chats and see what games other people are playing.  In addition, video chat is available, and you can also send text messages to other gamers using your Wii U system. 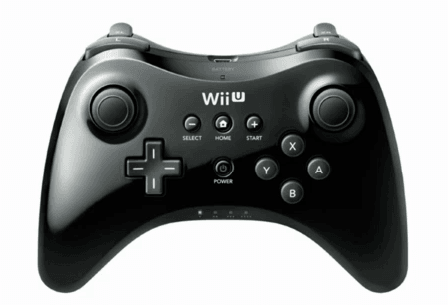 Trying to play a shooter on the Wii has been a frustrating experience.  Nintendo announced a new Professional controller that looks like an Xbox or PS3 controller, and should make shooters possible on the Wii U system.

Overall, Nintendo showed some very interesting Wii U content in their pre-E3 presentation.  Check out the whole vide for yourself here.  Check out all video updates from Nintendo here as E3 rolls on this week.  And keep checking back with ConnectedDigitalWorld.Com for more E3 news as Andrew is on the ground out in LA for the show!