R.I.P. VMware Server and who shall be its successor? 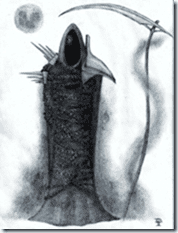 The Death of VMware Server 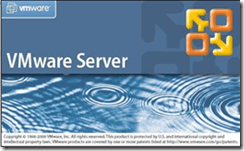 Well, not actually dead anyways; however it has been officially Not Supported by VMware since June of 2011 and the last actual update to the core installation of VMware Server was back in October of 2009 with the last version release being Ver. 2.0.2 . While this is still a great Virtual Appliance for the Home or Small Business IT to run older operating systems (especially since it is free, you just need to register with VMware) within the last several months VMware Server has been showing its age. With the release of the Windows 8 and Server 2012 Previews and the improvement within Virtual Technology supporting the newer Operating Systems that are being released across all OS platforms it’s now time to move on to another Virtual platform than can do all the wonderful things that made VMware Server such an invaluable Virtual appliance, yet remain cost effective (Meaning it’s free).

What about VMware Player?

The mini me and free version of VMware’s big time Desktop Virtual Appliance VMware Workstation; VMware player was originally designed to only “Play” the virtual machines that had been created by VMware Workstation. Starting with version 3.x of VMware player you could also now create your own virtual machine with player (Of course none of the extra goodies like snapshots, cloning, and so forth is still not available) which makes it a great Virtual appliance for interactively trying out different Virtual Machines. As far as being a replacement for VMware Server it still lacks certain features to make this a viable solution as listed below…

– Cannot start as a service.

-Cannot start or stop virtual machines upon startup or shutdown of the Operating System.

– No snapshots or cloning features within the Appliance.

– The Host of the Virtual appliance must be interactively logged on in order for the virtual machine to continue to still work.

– Cannot play more than 2 Virtual Machines concurrently without taking a hit in performance.

How about VMware’s Free Personal Edition of EXSI Server? 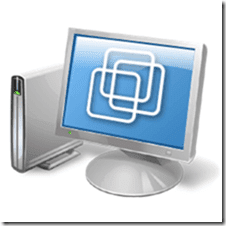 Believe it or not there is a Free Licensed Edition of VMware’s main bread and butter bare metal embedded hypervisor EXSI Server. While naturally this is a watered down version of the fully featured product being limited to 1 physical processor , 32GB of physical RAM, and 8GB of vRAM per Virtual Machine this will basically do all the things VMware Server did and more. The only real drawback to this option is even through this is free you now have to come up with the extra hardware in order to run it. The EXSI server software is actually a Linux kernel variation that loads onto a separate physical machine and is managed on a separate client machine by a client application called vSphere. If your operating budget can afford the founds for purchasing the separate PC or Server to run the EXSI Server Software (You will need a machine that has at least a Quad Core processor and 8GB of physical RAM to be able to run at least 4 or 5 virtual machines) then by all means do so. While in the long run this may have been VMware’s plan is filling the hole to retiring VMware Server for the Home or Small Business IT on a budget this may not be the solution that you are looking for. 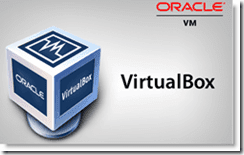 Virtual Box is a free Virtual appliance for Personal use that is similar in features to VMware Player which also includes on top of those features offered by player the ability to take snapshots and make clones of virtual machines out of the box. Thanks to a blogger by the name of Matthew Hodgkins from Down Under he has managed to take the out of the box Virtual Box appliance and combined all the extra home brew add-on’s by various contributors for Virtual Box and turned it into a very informative 2 part How to Articles. These Articles basically turns your instance of Virtual Box on your Home Server comparable to what VMware Server use to offer to include…

– Shutdown Machines automatically upon shutting down your WHS 2011 Server

– Start Virtual Machine automatically upon booting up your WHS 2011 Server

For those interested I highly recommend visiting Mr. Hodgkin’s website and instating the information in the 2 part how to article available below…

While Matthew wrote the articles specifically for Windows Home Server 2011 this can be easily tailored for any of the Windows Vista\2008 Operating Sytem Variants from little to no change to the original configurations mentioned in Matthew’s articles. This would also include Windows Storage Server 2008 R2 and Microsoft’s new line of Small Bussiness Server.

So who is the Heir apparent? 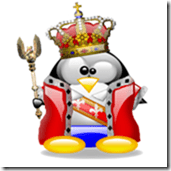 Like I stated earlier VMware planned for its free personal edition of EXSI Server to be VMware Server’s replacement but in the long run I believe Virtual Box (Once configured with the additions detailed in Mr. Hodgkin’s articles) is truly the new lord of the Virtual Jungle in both features and in cost effectiveness (Again, meaning it’s free). However, if your IT budget can afford the Hardware for it the Free Personal Edition of EXSI Server is a really close second.

John Keller
John has been in the IT profession for over 20 years along with being certified in both Comptia Security + (2008 edition) and a MCP (Microsoft Certified Professional) on Both Windows XP & Server 2003 Administration, He currently works as an Windows System Administrator for Northrop Grumman in the Greater Los Angeles Area and manages 3 Windows Active Directory Private Networks (Two 2008 R2 and One 2012 R2) along With 2 VMware EXSI 5.5 Servers in the US. He has been an avid fan and follower of Windows Home Server (Now the Essentials Role of Windows Server) and Visualization Since 2009. He is currently trying to exploit the full potential of Microsoft's Windows Server Operating System to the Home & Small to Medium Business Community along with the power of Visualization. When not being a Nerd and a Geek he likes to watch Movies, Read Comic Books, and most importantly spend time with his family.
Previous articleReview of the Samsung 23″ C23A550U Series 5 LED Hub Monitor
Next articleFeel the Force on your iPad with the Kinect Star Wars app