Last week at CES, Nokia announced their next Windows Phone – the Lumia 900. We managed to see one up close, so let’s take a look. 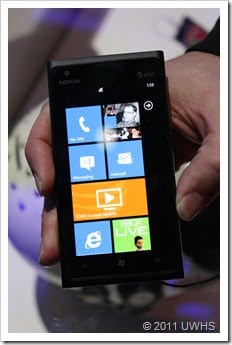 Nokia had a very large booth at CES – you couldn’t miss it! 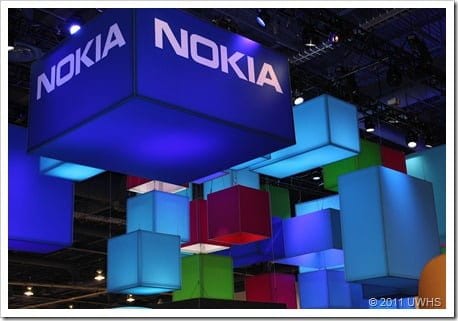 And they really wanted to you see their Lumia 800 and 900 series Windows Phones. 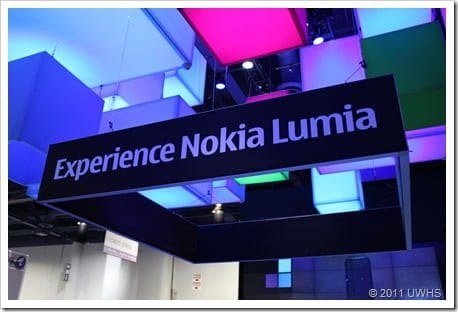 There was a small area dedicated to the Lumia 900: 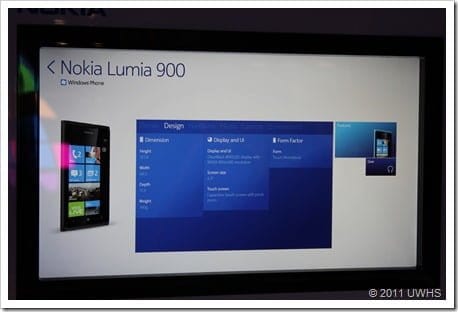 But they were all being plastic so that we couldn’t actually touch them or look at them closely. 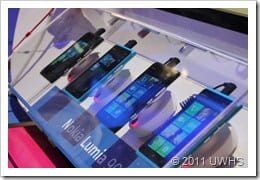 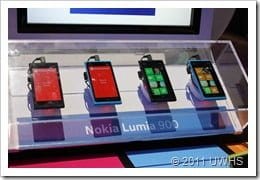 A few Nokia staffers had the Lumia 900 to look at, however we were not allowed to actually touch it, and as you can see, the Lumia 900 was securely fastened to the staffer so that it couldn’t be stolen! 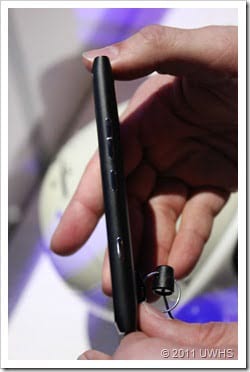 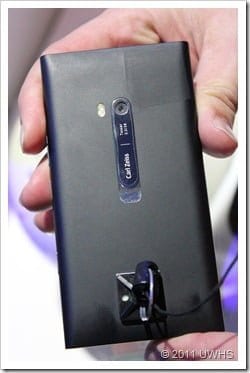 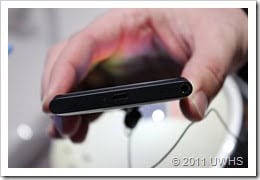 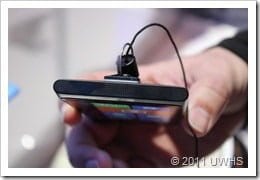 From what I saw, it looks rather nice, and I really want to get my hands on one for a proper play.

We tried to get some information on a UK release date, but Nokia were tight lipped!

Andrew Edneyhttps://moviesgamesandtech.com
I am the owner and editor of this site. I have been interested in gadgets and tech since I was a little kid. I have also written a number of books on various tech subjects. I also blog for The Huffington Post and for FHM. And I am honoured to be a Microsoft MVP since January 2008 - again this year as an Xbox MVP.
Previous articleDell Announces Alienware X51 Desktop
Next articleCES 2012 – A Look at the ION iCade Jr, Mobile and Core