How To Run VMware Server On Windows Home Server 2011 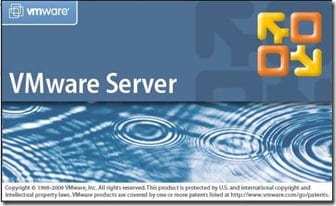 In the last 10 years our technology has moved towards “Greener” ways of reducing how many physical machines that run our different services and applications, Virtualization has become one of the number 1 ways of accomplishing that goal. Imagine having 40 to 50 “Virtual Servers or workstations” running on just one Physical Server which tremendously reduces the power consumption and output of running those 40 to 50 services and applications on separate physical machines. Now granted, you will not be able to run that many Virtual appliances on a Windows Home Server 2011 Platform; however you will still be able to get a few running within your Home Server Environment.

We will be installing a free Virtual appliance called VMware Server onto our Windows Home Server 2011. Even through Microsoft has there own Virtual Server application called Hyper-V, VMware is by far the forerunner of leading Virtual Technology today. Having started in 1998 with their Hypervisor and GSX platforms they have gone on to be the number 1 choice by most Government and Private Industries. VMware Server is VMware’s free Virtual Platform that was released initially back in July of 2006 with Version 1.0 as a way of having the consumers (preferably the Enterprise consumers) try it on a smaller scale so they would hopefully of course buy the even more robust platform. As of June 30, 2011 VMware no longer supports the VMware Server application and the last version released was in October of 2009 with Version 2.0.2. so the only support you maybe able to find will maybe be in the VMware support forums. That being said this is still a very useful application that runs a variety of different Operating systems with virtually all of the Windows Operating Systems up to and including Windows 7, Windows Server 2008 R2, and Windows Home Server 2011. This can also support Linux, Solaris (Unix), and even unofficially the MAC OS 10.

Disclaimer
The How to information is intended as a guide or helping resource to those who are doing a VMware Server 2 Installation. There is no 100% guarantee that this will install correctly the 1st time installing the VMware Server Virtual appliance. I assume no responsibility for any consequences of the install and the user will assume the full risk of any adverse effects of a bad installation. It is recommended backing up your Windows Home Server 2011 before beginning the installation.

It is the responsibility of the user to obtain the the legal licenses and genuine copies of any operating system that is used for the Virtual Machine on the Virtual Server. Yes, even if the OS is not being installed on a physical machine the same legal rights do apply.

– VMware Server 2 Install Executable (This can be obtained at http://downloads.vmw…CpiZCVqdGJkZWRq , The Software is free however you will need to Register to Download it). Insure it is the Windows Installer and not the Linux install package.

– Insure Your Windows Home Server has a static IP

1) Double Click the executable and wait approximately 1 to 2 minutes for it to unpackage. 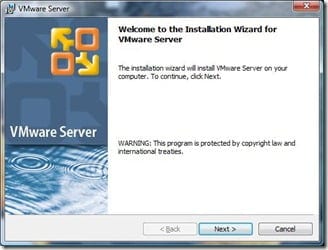 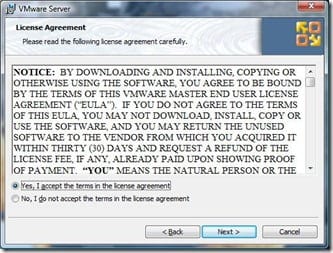 John Keller
John has been in the IT profession for over 20 years along with being certified in both Comptia Security + (2008 edition) and a MCP (Microsoft Certified Professional) on Both Windows XP & Server 2003 Administration, He currently works as an Windows System Administrator for Northrop Grumman in the Greater Los Angeles Area and manages 3 Windows Active Directory Private Networks (Two 2008 R2 and One 2012 R2) along With 2 VMware EXSI 5.5 Servers in the US. He has been an avid fan and follower of Windows Home Server (Now the Essentials Role of Windows Server) and Visualization Since 2009. He is currently trying to exploit the full potential of Microsoft's Windows Server Operating System to the Home & Small to Medium Business Community along with the power of Visualization. When not being a Nerd and a Geek he likes to watch Movies, Read Comic Books, and most importantly spend time with his family.
Previous articleUWHS Giveaway – Still Time to Win a SteelSeries 5Hv2 Headset Medal of Honor Edition
Next articleThe Digital Lifestyle Show #316–The SmartGrid