I was fortunate enough to spend some time with Jason Ludka of SiliconDust while at CES 2010. SiliconDust is the company that brought you the HDHomeRun tuner series. As if those products were not enough, SiliconDust is now about to introduce their CableCARD dual tuner. Check out this 5 minute interview to find out more about this amazing product!

The tuner at the show was a working demo and Jason tells us the actual unit (part number HDHR-CC) should be similar in size to the current models. Being a current CableCARD Windows Media Center user I am really excited to see a product like this! 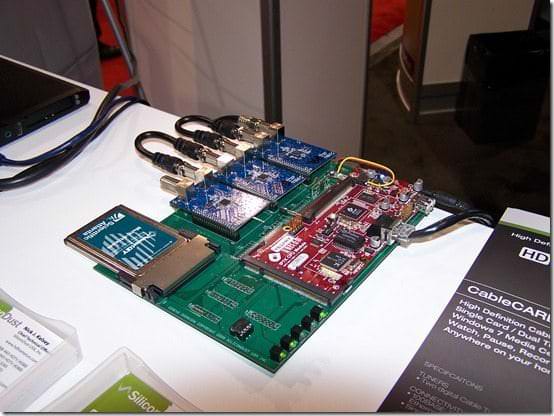 The video quality was not the best since it was on my phone but the audio is the important part of the interview anyway!

As a review, some quick specs are as follows:

More information about SiliconDust and their products can be found at:

I will be posting more on this unit (and hopefully a review) as soon as I get detailed specs from SiliconDust. We also expect to hear more from the company in April when their beta testing program starts.

Timothy Daleohttp://usingwindowshomeserver.com
Timothy Daleo is a Project Resource Analyst and Oracle Applications Trainer in Pasadena, California. In addition to financial analysis, Tim has been developing training materials since 2003 and supporting direct projects through various auxiliary databases since 2005.
Previous articleThe Home Server Show Podcast 73 Out Now
Next articleTech Tip on a Tuesday – WHS Restore with 32-bit Drivers