Preview of the Asus U80V Laptop

Asus have recently launched a new series of laptops, known as the Asus U Series. Here we take a look at one of those new laptop models, the Asus U80V laptop, which is due out soon. 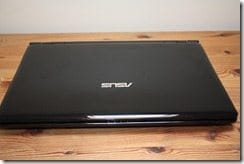 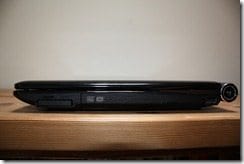 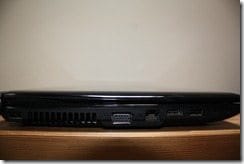 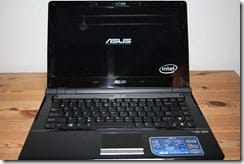 When you press the power button on the laptop you get a really cool little lightshow on the keyboard track pad. Well, ok, I liked it, but I suppose eventually I would be bored with it! However when you are using the track pad in Windows the little lights track your movement, which is amusing. The track pad itself is multi touch – so you can use it to zoom in, out, etc. This sounds pretty cool, but to be honest I had a lot of problems with it and found it to be fairly unresponsive at times. Also, considering you would would to use this feature, its probably a little too small!

Also, depending on the light wherever you are using the laptop, the keyboard is backlight. Unfortunately you cant see that very well in the following two pictures, but believe me when I say it is very nice. 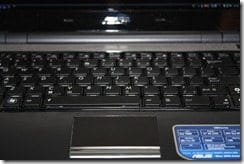 One of the selling points on this laptop is a feature called Express Gate V2. This features enables you to boot up the laptop in around 8 seconds or so in order to quickly gain access to applications such as Instant Messenger and Internet Explorer.

The specifications for the U80V are as follows:

The laptop comes preinstalled with Windows Vista Ultimate – and below is the Windows Experience Index for it. 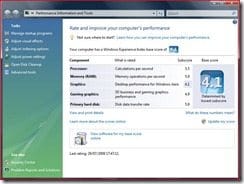 So at first glance this laptop looks quite sexy – its sleek, fairly light, has that cool light show on boot up, a nice backlit keyboard and has a very clear LED screen (which works well in a number of different lights) and quite a good spec. Oh, and the battery life is really good as well – around 6 hours or so in average use.

But you know what? I was quite disappointed by it. Nothing really jumped out at me when using it that made me want to use this laptop over and above anything else.

Don’t get me wrong though, it’s not horrible or anything, it’s just not amazing. Perhaps running Windows 7 would make it better? Unfortunately I didn’t have it long enough to try.

Currently there are no prices in the UK for this laptop, so if Asus really want to do well on this model they will have to come in at a really good price point.

Given a really good price, and trying it with Windows 7, it might be worth taking a good hard look at it.

Andrew Edneyhttps://moviesgamesandtech.com
I am the owner and editor of this site. I have been interested in gadgets and tech since I was a little kid. I have also written a number of books on various tech subjects. I also blog for The Huffington Post and for FHM. And I am honoured to be a Microsoft MVP since January 2008 - again this year as an Xbox MVP.
Previous articleNot reviewing the LX195 Windows Home Server on a Friday night
Next articleWindows 7 RTM is Live on MSDN and TechNet

Let me tell you how it feels to play this game, Inscryption. It feels, looks and sounds like playing something you found in a...